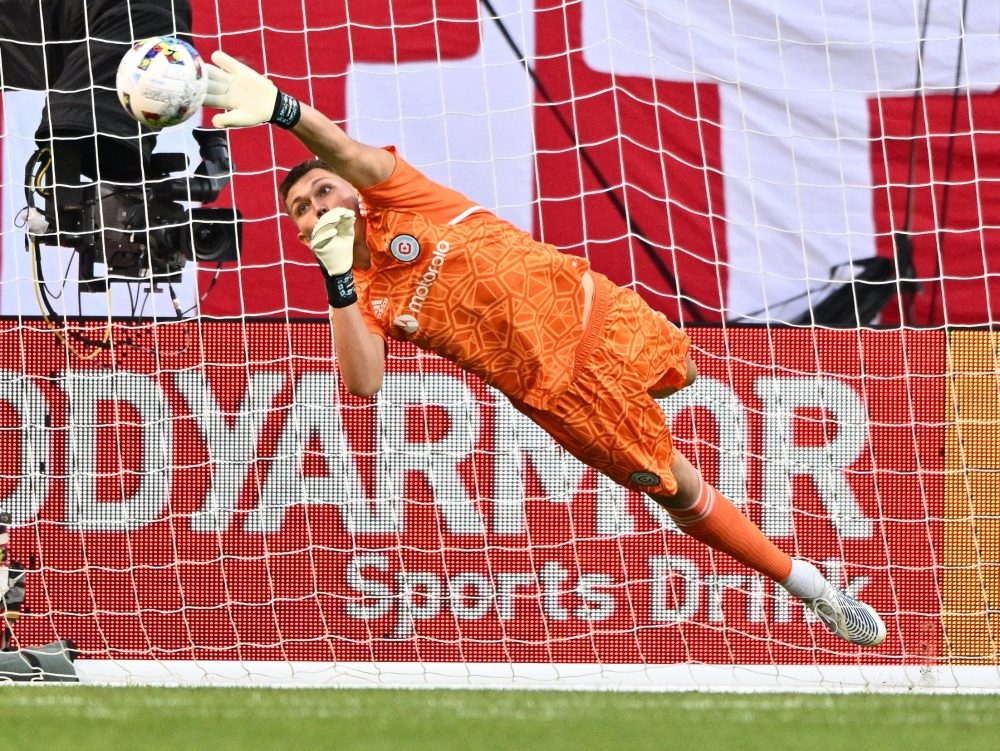 Toronto, whose defence has been suspect all season, could not handle Duran’s pace and power. And it failed to muster much offence.

TFC defender Chris Mavinga was second-best to the Colombian youth international on both of his goals and didn’t last the first half. Fellow centre backs Shane O’Neill and Lukas MacNaughton, who replaced Mavinga, were both yellow-carded in the first half for trying to illegally slow down Duran.

Duran was 17 when he signed with Chicago in January 2021, becoming the youngest international player signing in MLS history. He spent the 2021 season with Colombia’s Envigado FC before his contract with the Fire officially kicked in.

The loss ended Toronto’s 14-game unbeaten run (11-0-3) against Chicago dating back to September 2015. No MLS team has ever gone 15 straight regular-season meetings against a single opponent without losing.

Both teams came into the game needing a change in fortune.

The win moved the Fire up the standings, past Toronto.

Toronto’s defence looked shaky from the start Wednesday and Chicago went ahead in the fourth minute after Mavinga lost the ball under Duran’s pressing just inside the Chicago half.

The ball went to Chris Mueller whose through ball found Duran behind the Toronto defence and the 18-year-old beat a defenceless Quentin Mavinga with Chicago’s first shot of the evening.

It marked the seventh goal Toronto has given up in the first 15 minutes of a match this season. Only Montreal, with eight, has conceded more in that period.

Duran beat Mavinga again in the 16th minute, outmuscling and racing past him after taking an elegant flick-on by Brian Gutierrez at midfield. Once again Westberg was left unprotected and Duran slipped the ball past the ‘keeper as he came out for his third goal of the season.

Mavinga limped off in the 31st minute, holding the back of his left thigh.

Toronto’s only scoring chance of the half came in the 41st minute when newly acquired midfielder Mark-Anthony Kaye’s curling shot from outside the penalty box forced a diving save from 18-year-old goalkeeper Gaga Slonina, who reportedly is being targeted by England’s Chelsea.

Duran left to applause from the Chicago fans in the 68th minute. Five minutes later, Slonina made an acrobatic one-handed save to tip away Criscito’s long-range shot.

Toronto came into the game 26th in the 28-team league on defence, conceding 1.89 goals a game on average,

It has not blanked the opposition since a 0-0 draw at Colorado on Sept. 25, 2021 — a run of 28 straight games without a clean sheet, which ties the fourth-longest regular season streak in league history (set by the Vancouver Whitecaps in 2018-19 and the now-defunct Miami Fusion in 1998-99).

Toronto did not have a designated player in its lineup with Spanish playmaker Alejandro Pozuelo traded to Inter Miami last week and Mexican centre back Carlos Salcedo released by his contract Monday by mutual agreement. Italian star Lorenzo Insigne, the team’s other DP, has yet to make his TFC debut due to a calf injury.

The Fire were coming off back-to-back losses to Columbus.

Chicago was missing Argentine midfielder Gaston Gimenez, one of its designated players, and Venezuelan defender Miguel Navarro through suspension. Defender Wyatt Omsberg was out with a foot injury.