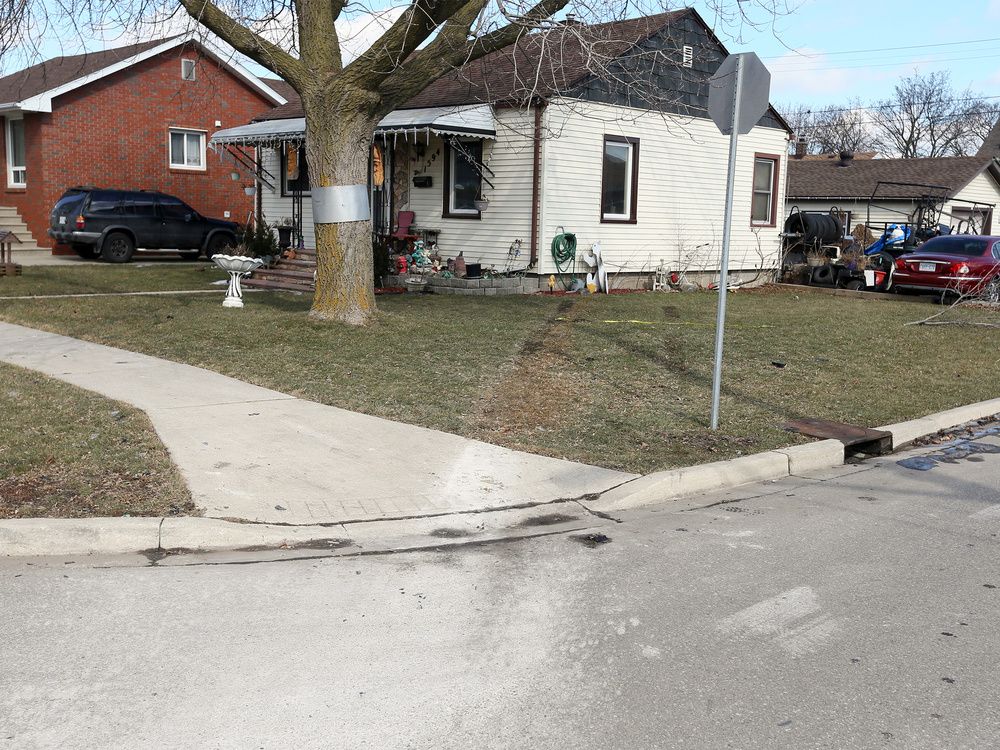 In a surprise court trial appearance after the Crown had concluded its case for the prosecution, a witness for the defence testified Thursday that the wrong man stands accused in the death of a motorist in 2019.

Joseph Mallen, 25, is on trial before Superior Court Justice Renee Pomerance, charged with dangerous driving causing death, public mischief and obstruction of justice following a two-car collision in the 5400 block of Reginald Street (at George Avenue) on the night of Feb. 14, 2019.

A silver Cadillac owned by Mallen’s mother and with several occupants collided with a white Chrysler Sedan driven by Karen Kelly, 69, who died of her injuries 12 days later in hospital.

Brad Jones, who lives at the scene of the crash, testified he saw a man exit the driver’s side of the smashed Cadillac, “he looked me square in the eyes” and then he “booked it” down the street. Mallen, he added, exited the passenger side and remained there until police and emergency services arrived.

Under questioning by defence lawyer John Sitter, Jones further testified that Mallen made a cellphone call, screaming that it was his mother’s car and that “the driver ran, the driver ran.” He said it was “really strange” that Mallen kept saying “driver” and not the name of that person. Jones said Mallen kept pacing up and down while a female occupant of the vehicle “just stood there,” quietly.

Windsor police, who said there were four occupants in the Cadillac, had initially charged another individual, but those charges were subsequently dropped and Mallen was then named as having been behind the wheel.

Evidence we heard … does that not raise reasonable doubt?

Jones was the only witness brought forward by the defence, and his testimony appeared to catch the judge and others by surprise. Before assistant Crown attorney Jonathan Lall could begin his closing arguments following a trial that began in May, Pomerance questioned whether the prosecution still had a case.

“The evidence we heard this morning, how does that not raise reasonable doubt?” she asked Lall. Jones’s testimony, she said, “changed the complexion of the case quite substantially.”

Lall told the judge that the Crown still had a case and pointed to the witness having stated the individual who fled the scene exited the Cadillac from the driver’s side. “The driver’s side does not imply the driver’s seat,” he said.

“This witness is quite certain Mr. Mallen was not in the driver’s seat,” said Pomerance, adding that Jones appeared to have no connection to the parties involved and had “no reason to be anything than truthful.”

The judge said she was “troubled” that a witness the prosecution was aware of who “could potentially give exculpatory evidence” — information that might help exonerate the defendant — had not been called as a Crown witness.

Jones gave a statement to police in the days that followed the crash, but his eyewitness account was not part of the Crown’s trial case. Sitter told the Star that Jones’s information was not mentioned at the preliminary hearing or other earlier stages of the court proceedings begun three years ago.

More than once, Justice Pomerance addressed family members of the deceased motorist who were seated in the courtroom’s public gallery. She said she was “very conscious of the loss” to family and friends from the tragic death of the mother and grandmother and that Thursday’s courtroom proceedings were likely difficult and emotional for some.

Pomerance said the “rule of law is being applied” and that the accused “need only raise a reasonable doubt” as to his alleged guilt.

“I hope everyone can remain calm,” said the judge.

Jones also testified that he spotted the person who had fled that night prior to his courtroom testimony. “I seen the person driving the car — the guy driving was in the hall.”

Prosecution and defence make their closing arguments on Oct. 6.