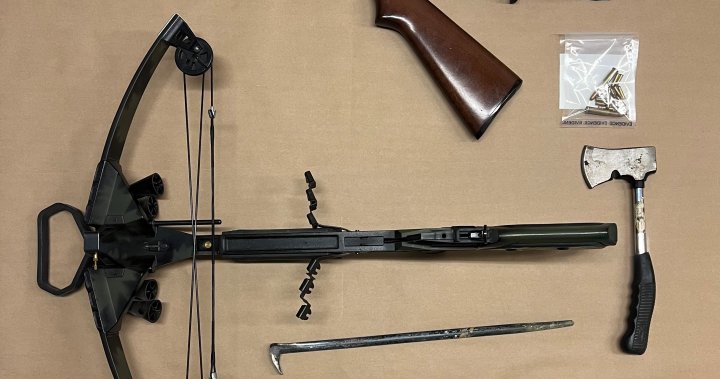 One person is in custody after Airdrie RCMP found multiple weapons, ammunition and stolen items in a “suspicious vehicle” Friday.

Police received a call just before 8:20 a.m. about a BMW parked in the Coopers town promenade parking lot.

Ashley Candice Steele, 32, who was in the car, “was arrested on a traffic safety act warrant held by Calgary Police Service,” according to a news release Saturday night.

Police found several weapons, including a crossbow, shotgun, knife, snap gun and hatchet in the car, as well as “stolen government identification and tools commonly used in break-ins,” read the release.

Steele has been charged with 11 offences after the search and seizure. She is due in Airdrie provincial court on Aug. 25.

Police ask anyone with any information about this incident to contact Airdrie RCMP at 403-945-7200 or CrimeStoppers.