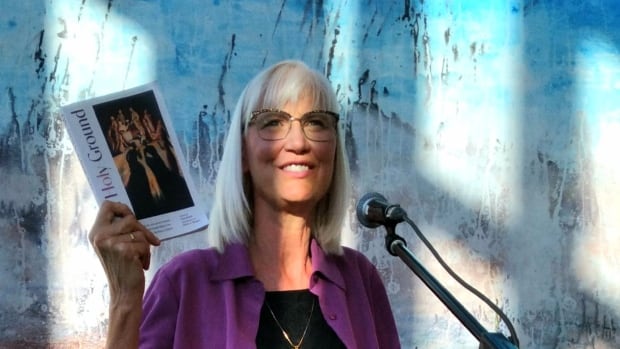 A book meant to give female pastors a voice within the Mennonite Brethren Church is being seen as silencing one of those voices after a contribution from one of its writers was censored.

Winnipeg pastor Mary Anne Isaak is one of 15 female leaders who contributed to On Holy Ground: Stories By and About Women in Ministry Leadership in the Mennonite Brethren Church, which was publicly released last month.

Three of the pages Isaak wrote were removed from the book at the last minute at the request and expense of the Canadian and U.S. bodies that oversee the denomination.

“I reflected on my whole journey as a pastor, however for three pages I also reflect on a question that came up in all three congregations where I have been a pastor, and that was about LGBTQ inclusion,” said Isaak, who has been a pastor at River East Church for the past seven years.

The teachings of the Mennonite Brethren Church specify that marriage is only meant to be between a man and a woman, Isaak said.

In the omitted pages, Isaak said, she explained how her perspectives on LGBTQ+ inclusion evolved over her 26 years of leadership, especially she says, her stance on whether a gay couple could be married within the church.

“As I study the scriptures, I think there is room for a gay couple to get married,” said Isaak.

A few hundred advance copies were printed this spring before the CCMBC put a stop to it and ordered the copies be destroyed. The book has since gone to print without the three pages.

Reprinted book will ‘be more effective’

The CCMBC declined an interview with CBC News and did not provide a written statement.

Instead, a response co-authored with the U.S. body was posted in the Mennonite Brethren Herald, which is published by the conference.

The entry says the book was meant to be a collection of women’s stories about their experiences of encouragement or discouragement as they served in various ministry roles.

“However, three pages of one author’s writing suddenly departed to record reflections, experiences, and questions about her evolving perspective on gay, queer, and transgender folks and the MB church,” the Herald article said.

“The writer describes her journey where she expresses joyfulness at the marriage of a Christian woman to her same-sex partner and how she found her ‘perspective on gay marriage beginning to turn’.”

The article says the pages moved beyond the scope of the intended topic and moved into the realm of a theological essay, “advocating for a type of LGBTQ+ inclusion in conflict with a straightforward reading of our MB Confession of Faith.”

The church bodies said they regretted not being able to have conversations with the author, editor and others involved, but weren’t able to because of the tight publishing and distribution timeline.

“We do believe that the slightly shorter edition of On Holy Ground … will reach a larger audience and be more effective in its purpose of sharing MB women’s stories of their personal experiences in leadership,” the article said.

An opportunity for conversation

Isaak said she’s not necessarily pushing for change with the church, but is advocating for a conversation: “How do we stay unified and make space for divergent opinions?”

Isaak says she wants to approach that conversation with compassion because she remembers being on the other side of it.

“I remember how afraid I was of having that conversation in an open and honest way,” she said. “When people got angry or they pushed harder, I just dug my heels in more,” she said.

The pastor says the situation parallels another struggle that played out within the church over several years — that of women’s ability to take on leadership roles in the church.

“As a young person I was really against women in leadership as well, I thought the Bible said, ‘No, there’s no space for that,'” Isaak  said.

Isaak says she feels sadness over how the situation played out because the book is meant to help women in a male-dominated role find ways to validate their experiences and be heard.

“I think the saddest thing would be if this controversy over-shadowed the voices of all 15 of the authors,” she said.