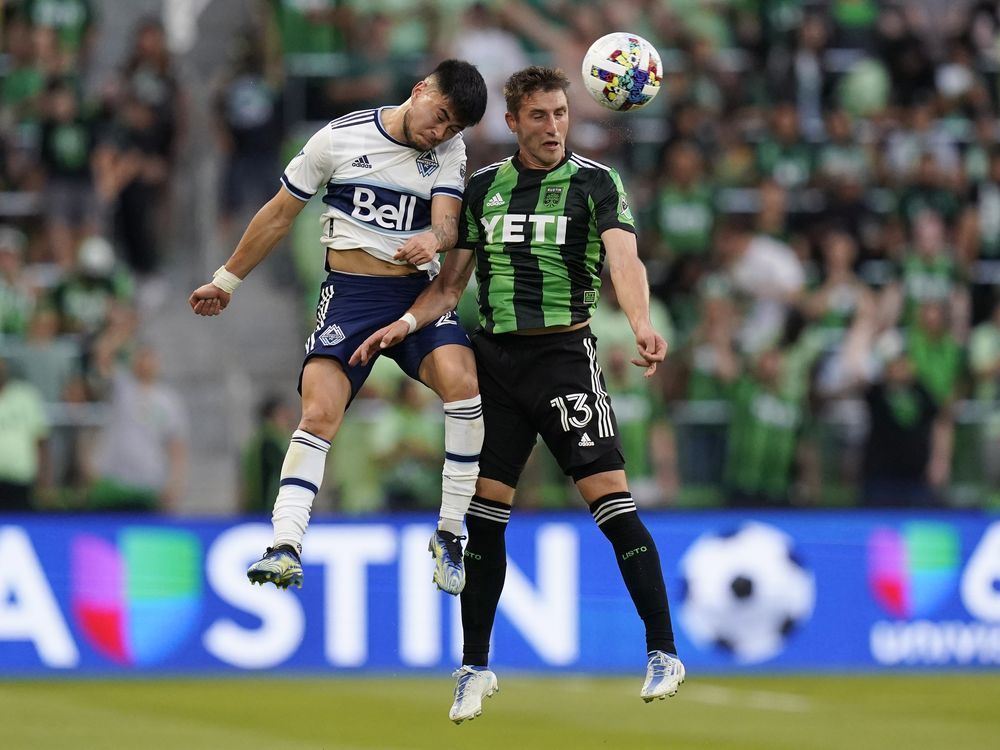 If you squint really, really hard, you can still see a possible path to the playoffs for the Vancouver Whitecaps.

The club needs a lot of results to go its way, however, starting with a win over visiting Austin FC on Saturday.

“There’s a little bit of fire and we mentioned that,” head coach Vanni Sartini said after training Friday. “We know that it’s not only up to us, but if we want to keep that little flame alive, we need to win.”

Vancouver (11-14-7) heads into the game three spots and five points below the playoff bar in Major League Soccer’s Western Conference.

Austin (16-9-7) has already clinched its berth and sits second in the West.

In order to keep their post-season dreams alive this weekend, the Whitecaps not only needs to beat Austin, but see the San Jose Earthquakes upset Minnesota United, the L.A. Galaxy top Real Salt Lake, and the Seattle Sounders draw or lose when they face Sporting Kansas City. A Los Angeles FC victory over the Portland Timbers wouldn’t hurt matters either.

Even if all the results go their way, Vancouver will still need a win over Minnesota on Oct. 2 in order to make the post-season.

“For the last month, it’s do or die every game,” said defender Jake Nerwinski. “We have to win. And hopefully we get some help, too, outside of our game.”

The Whitecaps have already come up against Austin once this season. The game, which saw Vancouver blanked 3-0 in Texas on April 23, was a turning point for the campaign, Sartini said.

The ‘Caps sat at the bottom of the table after the loss with just four points in their first eight matches.

“After the game we had a lot of individual conversations and a lot of feedback from the players and understanding of why, in their opinion, things we’re going in a certain way,” the coach said.

Success has been easier to come by for the ‘Caps since that day in April. The team has chalked up 36 points in 24 MLS games and won the Canadian Championship.

Concussion protocol kept attacking midfielder Ryan Gauld out of the previous matchup with Austin, but he knows it was a pivotal outing.

“Austin’s a tough place to go for anyone any time in the season. So I think from that point, we kind of managed to turn the corner start picking up points,” he said. “And hopefully we can get the three points (on Saturday) to make up for the performance there.”

Coming away with a win won’t be easy — Austin is home to Sebastian Driussi, who has 21 goals on the season and is challenging Nashville SC’s Hany Mukhtar for the golden boot.

Austin’s Maxi Urruti has also posed problems for Vancouver in the past, scoring nine goals against the club across his time with five different MLS teams (Austin, Portland, Dallas, Montreal and Houston).

“We need to be very good and also very smart,” he said. “Every time we do our job we can’t be eager or greedy.”

HOME FIELD ADVANTAGE: The ‘Caps boast a 9-4-3 home record this season and Austin has struggled on the road recently, losing two straight away games and conceding eight goals in its last three matches away from home. The visitors have an 8-6-2 road record this year.

GONE STREAKING: Vancouver is looking to extend its win streak to three straight games for the first time since August 2021 when they beat Austin away on the road and captured home victories against Los Angeles FC and Real Salt Lake.