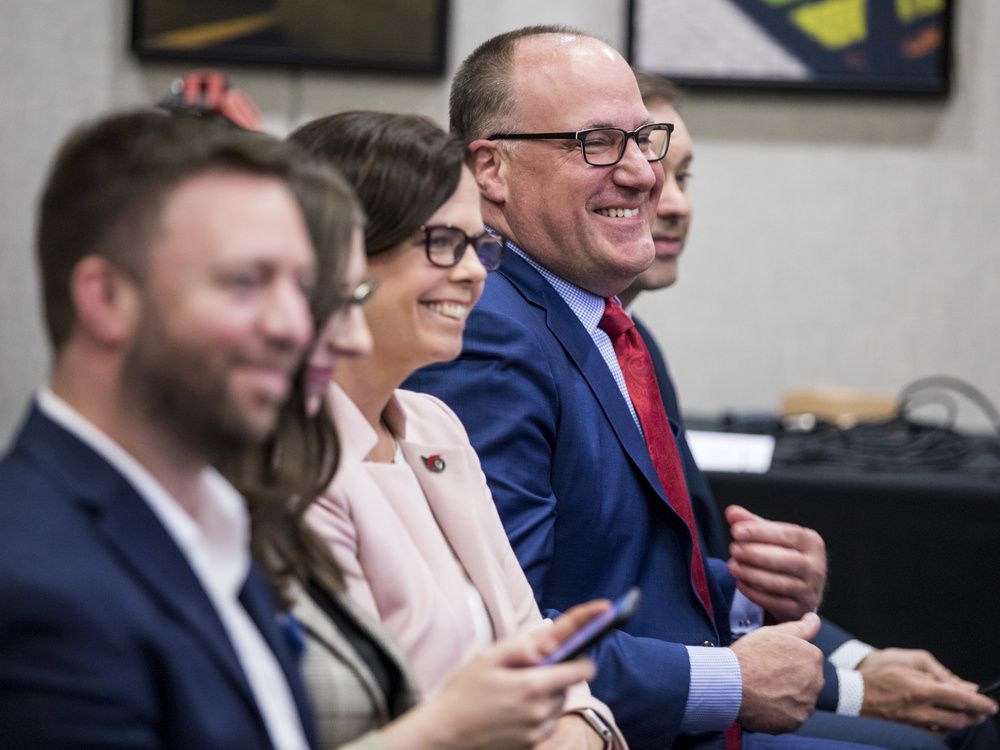 With the onset of summer, Ottawa’s chief winter sports team is riding a wave of optimism.

Maybe, just maybe, long-suffering Senators fans will now finally be able to scratch what has already been a seven-year itch in the wait for a new arena at LeBreton Flats.

While we’re going down that road towards a potentially brighter future, the talk about the possible return of former star captain Daniel Alfredsson is also picking up steam.

The NCC’s announcement Thursday that a downtown development entertainment complex is once again back on the rails — a welcome departure from the finger-pointing and second-guessing currently going on in the LRT inquiry — gives rise to hope the Senators could be skating on the banks of the Ottawa River by 2026.

There are countless moving pieces involved in the project, which would see the team lease the rink from the NCC, with a slew of experienced arena and entertainment managers helping run the show.

It should drive east-west traffic and from the Quebec side of the river. That in turn, could help recoup some of the losses in corporate and season ticket holders.

It could all add up to a pretty picture of civic pride as an architectural jewel to go along with the new library on the site.

Strong partnerships, never a strong point for late former owner Eugene Melnyk, will be vital to making it all work.

Sterling Project Development, Populous, Tipping Point Sports and Live Nation Entertainment, who have been involved in the construction and management of new arenas for the New York Islanders, Seattle Kraken and Vegas Golden Knights, are all on board.

For all that, excuse a tone of once bitten, twice shy caution here.

We’ve been through a soap opera of downtown arena drama going back to 2015, when Melnyk took his first steps towards securing a new home.

There was the initial excitement at the partnership with John Ruddy, followed by the failure of that union that inspired Melnyk’s $700-million lawsuit and Ruddy’s $1-billion countersuit.

For years, the city endured Melnyk’s verbal sparring matches with Mayor Jim Watson and then there were Melnyk’s suggestions last year that he might forego LeBreton altogether in favour of a new rink in either Kanata or Gatineau.

Taken all together, it has been a roller-coaster of confusion and it’s all a bit fresh.

Following Melnyk’s death in March, the team is currently in the hands of Melnyk’s daughters, Anna and Olivia.

There remains uncertainty about whether they’ll choose to keep the franchise or sell some or all of it.

The current environment, and the potential for shovels to actually be in the ground at some point in 2023, suggests that an influx of capital would be necessary to get things rolling.

After the collapse of the previous Melnyk-Ruddy mess, the NCC deserves credit for its revised plan for the entire development, which checks off residential, commercial and parkland requirements. The arena represents only 10 per cent of the grand project.

Yet anyone who has paid any attention to the NCC’s history on this front should recognize that timelines are always subject to change — Watson joked about the “Groundhog Day” nature of past non-developments — and factor in all the partners and layers of government involved.

At some point, you can bet on a controversy arising over whether taxpayers will be on the hook for any of it.

Meanwhile, the arena discussion comes in the midst of what is shaping up to be a pivotal 2022-23 season on the ice for the team.

The Senators haven’t made the playoffs since 2017, the longest post-season drought in franchise history, including the dreadful start-up years in the early to mid 1990’s.

Accordingly, the heat is rising on both general manager Pierre Dorion and coach D.J. Smith, who has been behind the bench for the past three seasons.

Dorion has openly talked about the possibility of trading the club’s seventh overall selection at the NHL entry draft on July 7 in order to secure a veteran forward or defenceman who could take on a front line role immediately.

What further adds to the intrigue is the current bare-bones nature of the Senators front office and the looming presence of Alfredsson in the community.

Assistant general manager Peter MacTavish left the club last week, returning to his former life as a player agent. In May, Pierre McGuire was fired as senior vice president of player development. He was originally hired by Eugene Melnyk last summer.

All of which have given rise to suggestions that Alfredsson could possibly return to the organization at some point.

Alfredsson spent the first 17 of his 18 NHL seasons with the Senators, before departing to the Detroit Red Wings in a contract dispute with Melnyk.

Alfredsson returned to officially retire in a Senators uniform and spent one season as senior advisor of hockey operations before resigning after another battle with Melnyk.

He has stayed out of the spotlight in retirement while focussing on coaching his children, but he opened up recently about the possibility of once again wearing Senators colours.

“I would be interested in joining under the right circumstances,” he said at the David Feherty Golf Classic earlier this month. “They have a young core, with a lot of potential. I hope we’ll see a lot of great hockey in the years to come.”

All of that has left Senators trying to read the tea leaves about what that could possibly mean, whether the Melnyks stay in the ownership chairs or not.

Interestingly, Alfredsson could possibly be inducted into the Hockey Hall of Fame on Monday. That would serve as a welcome link between the Senators best years and the present.

If the LeBreton deal goes ahead as planned, many of the questions about the club’s long-term future in Ottawa will be settled as well.