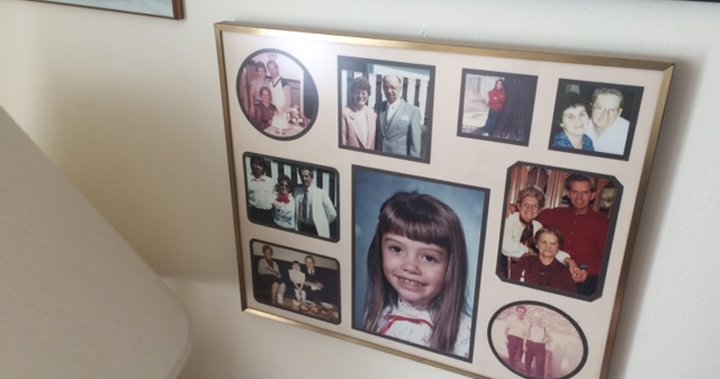 A group of volunteers who follow missing persons cases plans to use cadaver dogs to search a park in Etobicoke, Ont., Thursday for the remains of a girl who went missing in 1985.

Please Bring Me Home will lead the search for Nicole Morin, who was eight-years-old when she went missing, after a tip they received two years ago.

“The nature of cold case work is essentially very low probability work,” Brett Robinson, central Canada director for Please Bring Me Home, told Global News. “Most of what we try to do doesn’t work out for us.”

Morin reportedly left her top-floor apartment on The West Mall in Etobicoke on July 30, 1985. She was never seen again, police said.

“Despite the passage of years, various media releases and numerous tips from the public, police have been unable to bring this investigation to a conclusion, and it is still unknown as to what exactly happened to Nicole that day,” Toronto police wrote in a 2019 news release.

Investigators said, in 1985, Nicole was described as four feet tall and weighed 55 pounds with straight, shoulder-length brown hair, brown eyes and a birthmark on her right upper forehead.

Please Bring Me Home said it was contacted around two years ago by a witness who alleged they saw Morin in an Etobicoke park on the day she disappeared.

Volunteers scouted the park to try to assess the potential of the tip and decided it was worth bringing in cadaver dogs to search further, Robinson said.

While Morin’s family had previously filled out an intake form with the organization, the latest search is going ahead without their direct involvement.

“Normally we’re working hand-in-hand with the family,” Robinson explained. “In this case, we decided we would pursue this lead because we have an eyewitness.”

Police search rural area in Ontario for child missing since 1985

In 2014, Toronto police released a video re-enactment of Morin’s disappearance that led to a tip. Police searched a rural area near Barrie, Ont., but found nothing.

Over the years, Toronto police have released material, including sketches to show how Morin would look now, but the case remains unsolved.

Robinson said the search would take more than two and three hours and any leads would be passed to Toronto police immediately.

“Even in the worst case scenario, which is where we find nothing, at least we will have eliminated this area,” he said.

Toronto police did not immediately respond to a request for comment from Global News.

— with files from Global News’ Gabby Rodrigues and Morganne Campbell