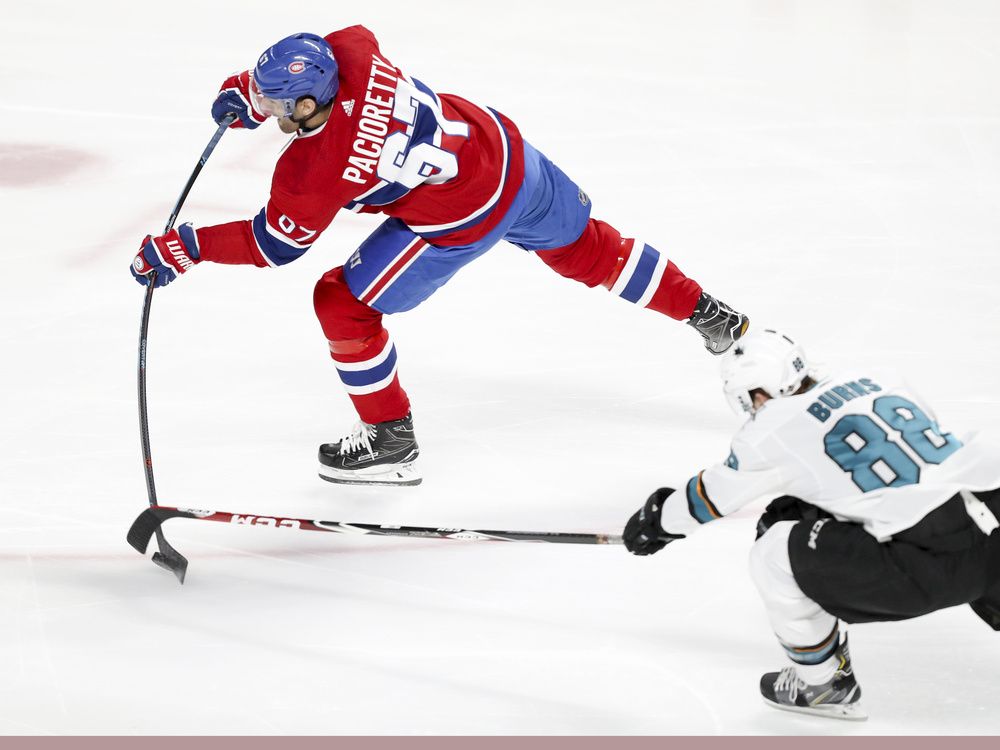 Max Pacioretty’s days in Las Vegas are over.

The Vegas Golden Knights traded the former Canadiens captain to the Carolina Hurricanes on Wednesday along with defenceman Dylan Coghlan in exchange for future considerations.

The Canadiens traded Pacioretty to the Golden Knights on Sept. 10, 2018, in exchange for Nick Suzuki, Tomas Tatar and a second-round pick at the 2019 NHL Draft that was later traded to the Los Angeles Kings.

The Golden Knights were about $2.5 million over the NHL salary-cap limit before making the trade.

“Adding offensive firepower and improving our power play were priorities this offseason, and Max certainly checks those boxes,” Hurricanes GM Don Waddell said on the team’s website. “This acquisition gives us an elite scorer and another veteran voice in our dressing room.”

It was a busy day for the Hurricanes, who also acquired defenceman Brent Burns from the San Jose Sharks. The Sharks also sent centre Lane Pederson to the Hurricanes as part of the deal in exchange for centre Steven Lorentz, goalie Eetu Makiniemi and a conditional third-round pick at the 2023 NHL Draft.

The 37-year-old Burns has three seasons remaining on his eight-year, US$64-million contract with an annual salary-cap hit of $8 million. According to CapFriendly.com, the Hurricanes still have just over $4 million in salary-cap space remaining.

“Brent has been an elite offensive defenceman in the NHL for a long time,” Waddell said. “He has produced at a consistent level throughout his career, and we believe adding him brings us closer to our goal of winning the Stanley Cup. Lane is a young centre who helps solidify our depth down the middle.”

Pacioretty will join another former Canadien, Jesperi Kotkaniemi, with the Hurricanes.

Kotkaniemi has a new eight-year, US$38.56 million contract that kicks in next season with a salary-cap hit of $4.82 million.