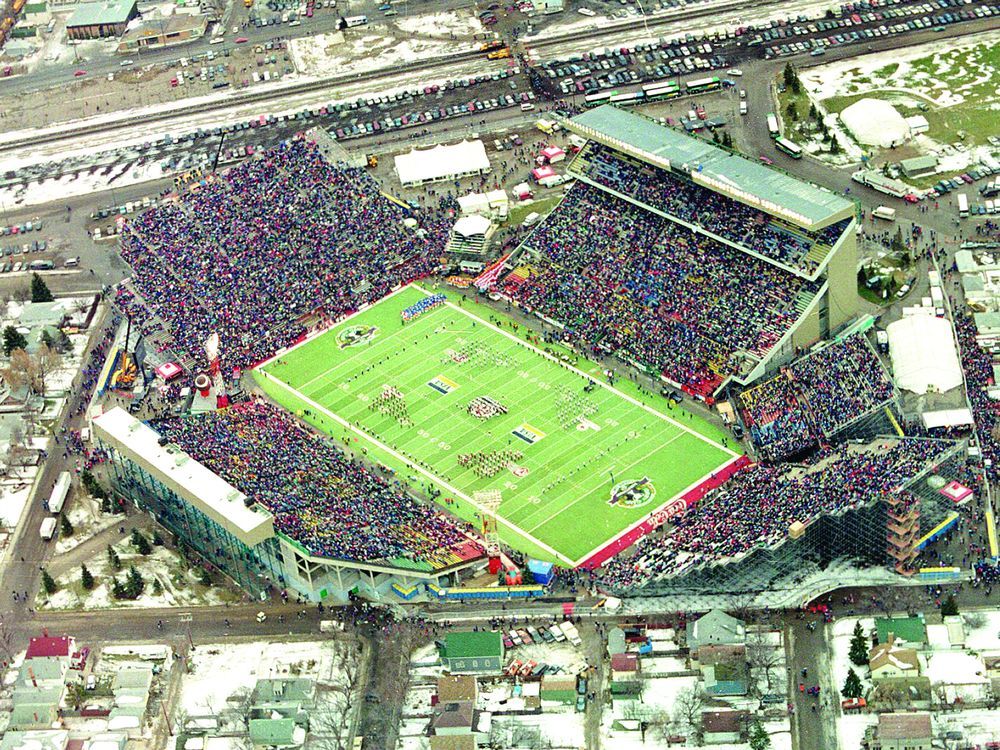 A season that was to culminate in the inaugural Regina-based Grey Cup quickly became an ordeal for the Roughriders, who ultimately finished with a 6-12 record and out of the CFL playoffs.

The plight of the Green and White, as painful as it was for the team’s devotees, was understandable.

There was allegedly a salary cap, but it was widely disregarded.

The Roughriders, saddled with a suffocating debt, were hardly in a position to open the vault in pursuit of premier players.

At the same time, other teams were lavishing obese contracts upon quarterbacks, in particular.

The playing field was also tilted due to the presence of American-based teams, which were not obligated to use Canadian players and therefore submitted rosters consisting entirely of imports.

Those same expansion franchises were able to make enticing offers to one-time Roughriders stalwarts such as defensive tackle Jearld Baylis (who ended up with the Baltimore Stallions) and all-purpose tailback Mike Saunders (San Antonio Texans).

Whereas rival teams paid a premium for premier passers, the Roughriders — who would be in full-blown telethon mode by the end of the calendar year in 1996 — settled for Tom Burgess and Warren Jones. The Kent Austin air show was but a memory.

So was Saunders, who had been the catalyst for whatever offence the 11-7 Roughriders were able to manufacture in 1994.

Considering the CFL’s climate at the time, it was not even remotely surprising that the Roughriders were never a threat to play at home in the 83rd Grey Cup game — in which Baltimore ultimately crunched Doug Flutie and the Calgary Stampeders, 37-20.

Whereas the league’s top-tier teams at the time were the Stallions and the Stampeders, the Roughriders simply did not have the horses. It was unrealistic to expect anything else.

Compare that to 2022, when most of the factors that worked to the Roughriders’ distinct disadvantage in 1995 are no longer part of the equation.

The Roughriders are ensconced in a gleaming new stadium that is the envy of the CFL.

There is equilibrium across the league due to an enforceable salary cap, which took effect in 2007.

In the salary-cap era, the Roughriders have won half of their Grey Cup championships, which were celebrated in 2007 and 2013.

During the latter season, Saskatchewan — under general manager Brendan Taman — fielded a team that was absolutely dripping with talent.

One advantage Taman did enjoy over the current GM, Jeremy O’Day, was that one-year contracts did not exist in 2013. Taman was therefore able to sign players in 2012, for example, with 2013 in mind. He could also front-load or back-load contracts with the objective of minimizing the compensation due in 2013. The contractual contortions worked out spectacularly.

O’Day no longer has that luxury, given the prevalence of one-year deals, but that does not differentiate him from any other GM in the nine-team league. The resources at his disposal are more than sufficient.

Alan Ford, who occupied the GM’s chair in 1995, was not nearly as fortunate. His hands being tied, the Grey Cup hopes quickly died.

A comparable cloud has been cast over the organization in 2022. The Roughriders are 6-8 — a mere one victory ahead of their plodding pace of 1995. And, this time, there isn’t anyone or anything else to blame.