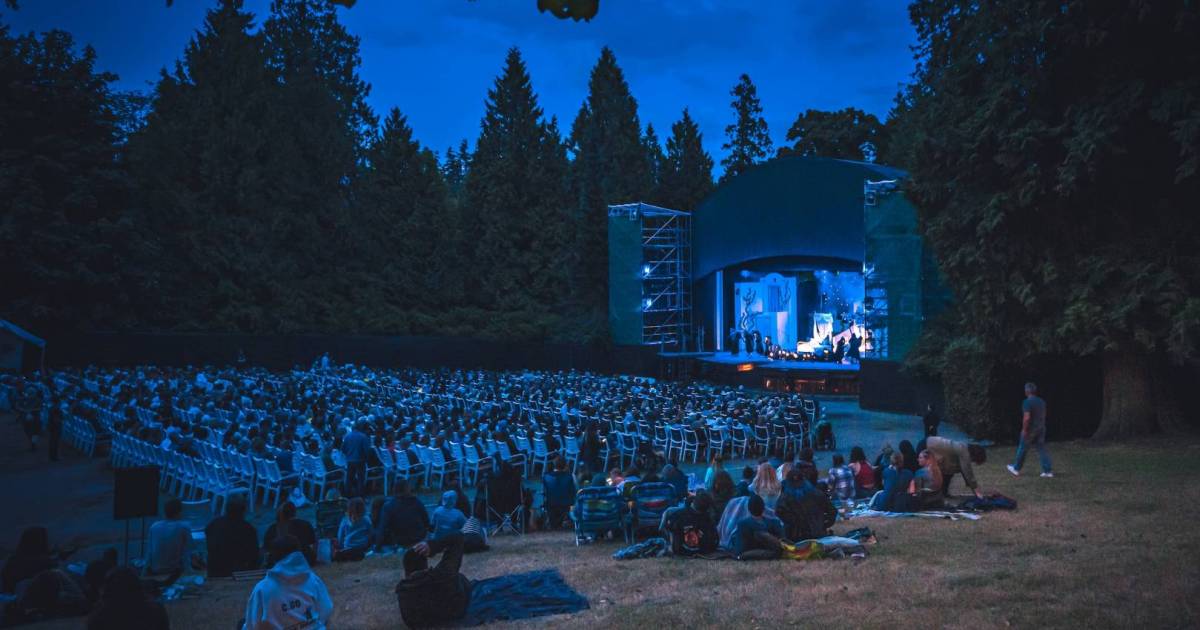 Whether it draws you to the lush confines of the Queen Elizabeth Theatre or out under the stars at Stanley Park’s Malkin Bowl, the lure of Vancouver’s theatre scene will be powerful in the coming months.

Hamilton, to June 19, Queen Elizabeth Theatre. Broadway Across Canada presents performances of the Tony-winning musical, which blends hip-hop, jazz, R&B, and Broadway to tell the story of American founding father Alexander Hamilton. With book, music, and lyrics by Lin-Manuel Miranda.

This is the Story of the Child Ruled By Fear, June 2 to 4, KW Studio. Pi Theatre presents writer-performer David Gagnon Walker’s poetic fable about how to live with the slowly unfolding emergencies of our world.

Kill the Ripper, June 2 to 4, Presentation House Theatre; June 16 to 20, Anvil Centre; July 7 to 9 and 14 to 16, Rio Theatre. Geekenders and Affair of Honor present the world premiere of Canadian playwright Fairlith Harvey’s darkly comic revenge-fantasy about three working women in Whitechapel, England who must protect themselves during Jack the Ripper’s infamous 1888 murder spree.

Exit Laughing, June 3 to 18, Hendry Hall. North Vancouver Community Players present Paul Elliott’s comedy about three longtime friends who gather to mourn the loss of their beloved friend, one of their bridge partners for more than 30 years.

Driving Me Crazy, June 8 to 19, Presentation House Theatre. The Serendipity Theatre Collective in association with the PHT Creative HUB presents Linda A. Carson and Suzanne Ristic’s multi-generational comedy about a grandmother fighting to keep her driver’s license, her independence, and her voice in society. Directed by Roy Surette.

Kinky Boots, June 9 to July 31, Stanley Industrial Alliance Stage. The Arts Club Theatre Company presents the Tony Award–winning musical, based on the Miramax motion picture of the same name. Starring Stewart Adam McKensy and Sayer Roberts and directed by Barbara Tomasic, Kinky Boots tells the story of compassion and acceptance in which a man struggling to save his shoe factory teams up with a drag queen.

The Spongebob Musical, June 11 to 12, York Theatre. Vancouver Performing Stars present a family-friendly musical in which SpongeBob SquarePants and his quirky undersea neighbours suddenly discover that Mt. Humongous, a nearby volcano, will erupt within the next 48 hours.

Marjorie Prime/Pass Over, June 15 to July 2, Waterfront Theatre. Ensemble Theatre Company presents two dramas–one a science fiction exploration of memory and technology, one a radical rewriting of Beckett’s Waiting for Godot–running in repertory.

Anything Goes, June 30 to July 10, Surrey Arts Centre. Fraser Valley Musical Theatre presents a musical, with lyrics and music written by Cole Porter, about a stowaway who falls in love with an heiress aboard an ocean-liner traveling to London from New York.

We Will Rock You/Something Rotten!, July 2 to August 27, Malkin Bowl. Theatre Under the Stars presents We Will Rock You, featuring more than 20 hits from the legendary rock band Queen’s songbook, including songs like “Bohemian Rhapsody”, “We Are the Champions’”, and “Another One Bites the Dust”. It will run in repertory with the musical comedy Something Rotten!, set in an Elizabethan England where William Shakespeare is a Renaissance rock star and his playwright siblings are stuck in his shadow.

Come From Away, August 16 to 28, Queen Elizabeth Theatre. Broadway Across Canada presents a musical based on the true story of 7,000 airline passengers stranded after 9/11 and the small town in Newfoundland that welcomed them.