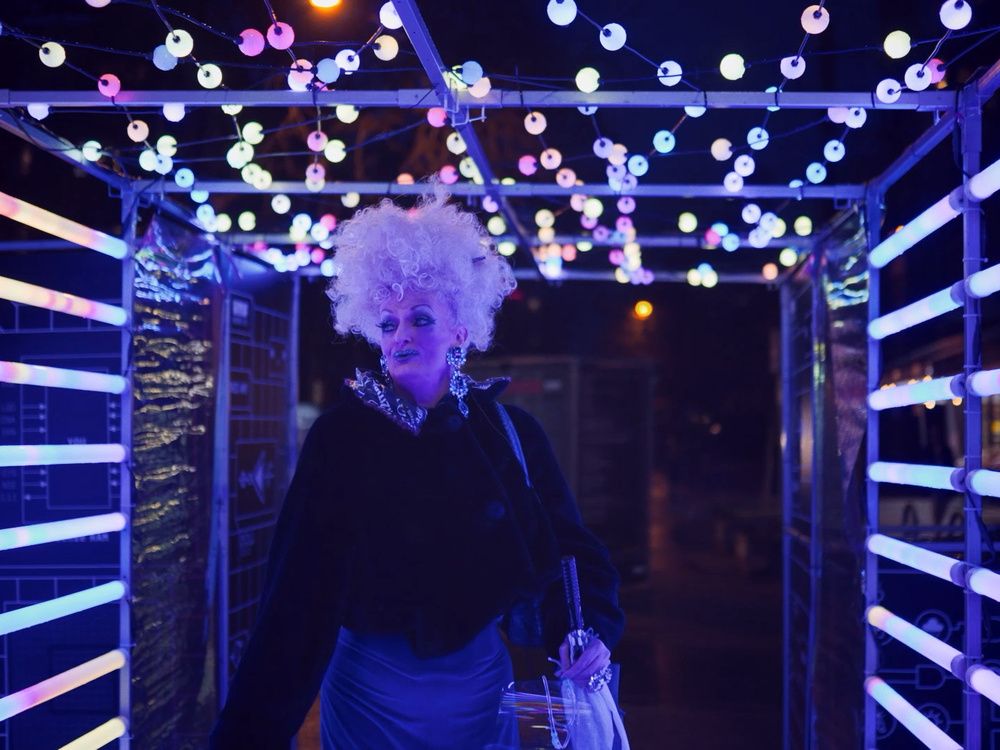 Highlighting queer film from local and international artists the festival boasts a program of 97 films from 20 countries.

This 34th film festival, put on by the charitable organization Out On Screen, includes in-person celebrations featuring local performing artists, post-screening Q&As with filmmakers, and industry and community workshops.

“In the early days of Out On Screen, the act of 2SLGBTQIA+ people unapologetically taking up physical space and putting our films on the big screen was revolutionary,” said executive director Brandon Yan.

“This year’s theme Make It Yours is not just an echo of the DIY spirit this festival was founded upon, but also a roar for our collective future. Our shared experiences and collective dreams are returning to our screens—big and small—again in this year’s wonderful program. I hope you find something you need in these beautiful films.”

Kicking off the festival at the Opening Gala is the local premiere of Vancouver filmmaker Dave Rodden-Shortt’s feature documentary The Empress of Vancouver.

Described by VQFF organizers as “an ode to local drag icon Oliv Howe,” the opening film looks at Howe who was crowned the 10th Empress of the Vancouver Dogwood Monarchist Society in 1981.

“In the 80s, Oliv’s punk rock energy, gender-bending performances and DIY glam aesthetic spoke to a political and artistic shift in Vancouver’s drag community. This proudly local documentary brings to light queer artistic legacies and histories that have previously been unseen,” VQFF said in a statement.

The film will be available exclusively in person on opening night followed by a queer royalty-themed party.

The shorts program The Coast Is Queer returns for its 25th anniversary year and will be available in person and online. Other returning shorts programs include: Obidian: Black Queer Cinema, subtitled AS I AM, and Two Spirit and Indigiqueer Cinema, which has been expanded into two shorts programs this year, A Brave and Tender Lineage and Sovereign Bodies.

This Festival will also present the Canadian premiere of the French coming of age drama Besties (Les Meilleures).

VQFF’s closing feature is Dramarama, a comedy about a group of graduating theatre kids in 1994 spending one last slumber party together.

In addition to in-person and video-on-demand screenings, VQFF will be hosting its first in-person celebrations in three years, the Opening Night Party and The Coast is Queer 25th Anniversary Celebration, and three workshops on queer arts practice and community-building: Queer Collective: VQFF Programmers Talk; We’re Here We’re Queer, Let’s Activate; and Out in Schools: Beyond SOGI.

For ticketing details and the complete Festival lineup, along with screening dates and times go to queerfilmfestival.ca.