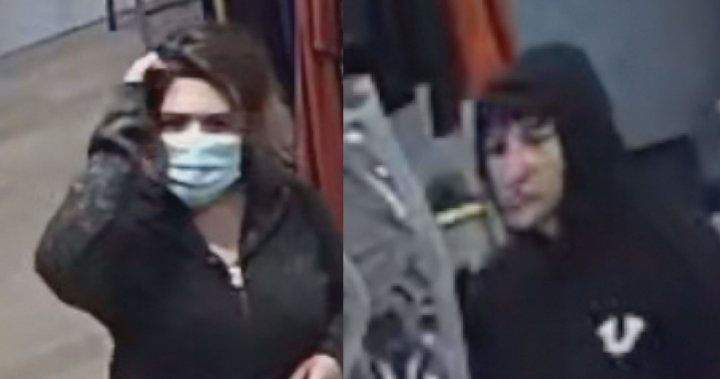 Vancouver law enforcement have produced surveillance online video that demonstrates the times leading up to an alleged brazen bear-spray assault on a keep proprietor.

Investigators have unveiled the video clip on Friday in hopes that someone in the public will identify the two suspects.

“This is very a lot a prepared and co-ordinated theft that inflicted not only physical injuries but some major psychological trauma on two younger staff members members that were being just seeking to do their work and make a dwelling,” reported Sgt. Steve Addison, with Vancouver law enforcement.

“We need to have to detect these people.”

A lady is witnessed browsing the retailer and buying up a purse in the video clip, when a 2nd suspect enters.

The 2nd suspect, a guy, then bear-sprays the employees and runs off with apparel as the initially woman also leaves with stolen objects.

The assault and theft took spot on Sept. 30 at a outfits retail outlet on Howe and Helmcken streets just just after 4 p.m.

“It’s likely these suspects stay close by or repeated the location, and we’re hoping another person who recognizes them will connect with police so we can begin to hold them accountable,” Addison said.

“We know from working experience that criminals like this typically strike a number of occasions just before they get caught.”

Anybody with opportunity data regarding the suspects or the assault is requested to speak to Vancouver law enforcement at 604-717-4043.

1:33Law enforcement look for for suspects in different attacks