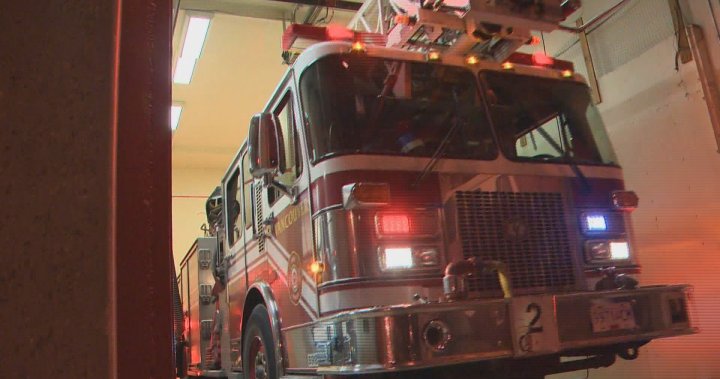 The department had originally planned to put the measure into effect as early as 8 a.m. Wednesday. Under the change, Vancouver Fire and Rescue Services crews would only respond to life-threatening calls, overdoses, burns, hazmat emergencies, motor vehicle crashes and technical rescues.

‘Extreme’: B.C. paramedics’ union on shift with only 1 staffed ambulance in Vancouver

The reasoning of the proposed policy change was laid out in an internal memo from Vancouver Fire Chief Karen Fry, obtained by Global News.

2:20Paramedics union says Vancouver down to one ambulance on Wednesday morning

Paramedics union says Vancouver down to one ambulance on Wednesday morning – Feb 4, 2022

“Extended wait times for paramedics to arrive on scene ties up our firefighters who, due to their licensing requirements, are not permitted to leave a patient until a transfer of care is made,” the memo states.

“VFRS has seen wait times increase, to where we are on scene for nearly one hour for 90 per cent of our [non life-threatening] responses in 2022, this is up from 32 minutes in 2019.”

BC Emergency Health Services, which operates the BC Ambulance Service, did not respond to a request for comment by deadline.

However, a late development appears to have put the service change on hold.

Sources told Global News the two sides discussed the issue Tuesday, and that the fire service has agreed to put the plan on hold for a few weeks.

The issue comes amid ongoing pressure on B.C.’s health-care system, including long-running concerns about staffing and delays with both the ambulance service and 911.