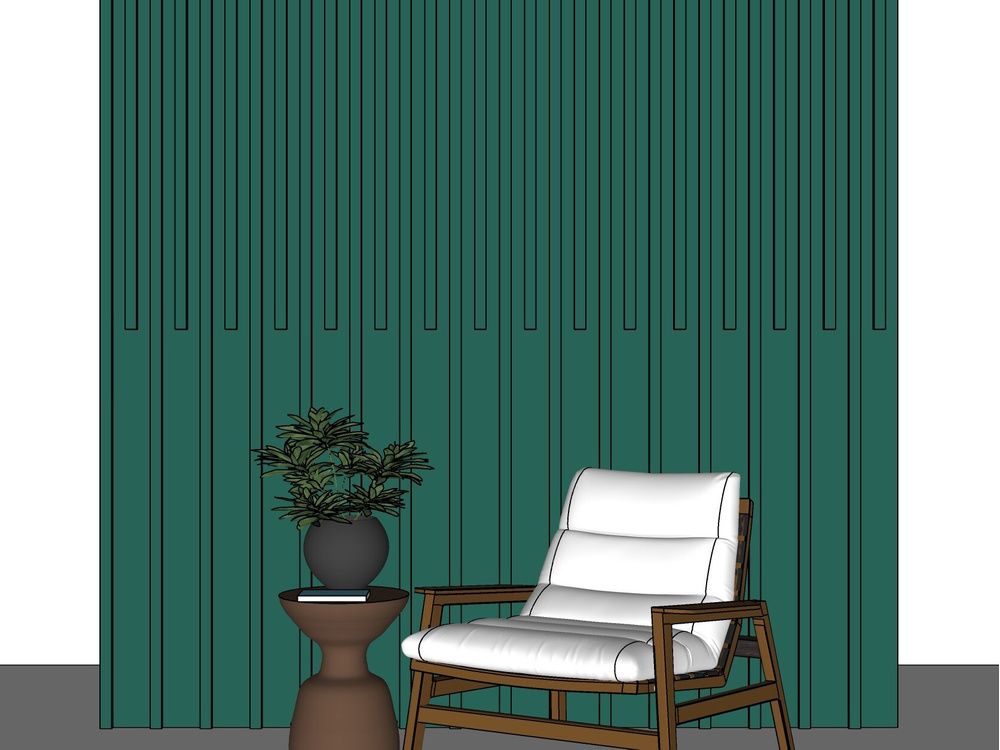 The Vancouver Fall Home Show is all about inspiring homeowners to enhance their homes. This year, even before showgoers enter the main hall, inspiration will be front and centre with the Wonder Wall exhibit that features creative DIY ideas to add visual interest to bland, unadorned walls.

“I think we all have a wall that’s really bare, and we don’t know what to do with it,” observes Taylor Nomura, the interior designer behind the Wonder Wall exhibit that displays three different accent walls.

“We have three eight [foot] by eight [foot] walls, and they asked for me to put up different ways a homeowner can decorate the one awkward part of their house.”

Nomura, founder and owner of Taylor Reiko Design, wanted to present ideas that homeowners might want to do themselves rather than hire a designer and not be overwhelming for those with a limited DIY skill set.

“I tried to pull from the relatable and simplistic approach,” she explains. “Each wall has a theme while using a very similar material so that the homeowners can say, ‘Oh, I really like this mid-century look. This looks manageable. I’d like to go ahead and try it myself.’ Or ‘I really like this industrial look. I never thought about how vertical shiplap could make the space feel taller.’”

Nomura named the walls East Coast Grit, Mid-Century Sleek, and Minimal Beauty. For the more industrial-themed East Coast Grit, she used one-inch-by-two-inch wood strips vertically on the wall for an expansive feel. The wall behind the wood strips will be painted a dark charcoal hue to contrast with the natural wood tone of the moulding.

The effect for Mid-Century Sleek is achieved using vertical moulding but cut to different sizes. The wall is all one colour that Nomura plans will be something bright in the green family. Minimal Beauty will have shiplap halfway up the wall resembling traditional wainscotting. Whereas usually, wainscotting is painted a different colour than the upper part of the wall, in this instance, both parts will be drenched in one modern hue.

“It’s a classic shiplap country look, but we’re going to be painting it in a nice pale pink beige colour,” Nomura says. “It’s going to be really warm and inviting.”If applied moulding doesn’t appeal to homeowners, Nomura offers some other simple options for jazzing up vertical spaces.

Nomura hopes homeowners can draw inspiration from the Wonder Wall to banish their bare walls and not be intimidated by the prospect. “I tried to be really mindful of that because I understand how anything home-inspired can be really overwhelming to someone who is not well trained with wallpaper and glue, for example.”