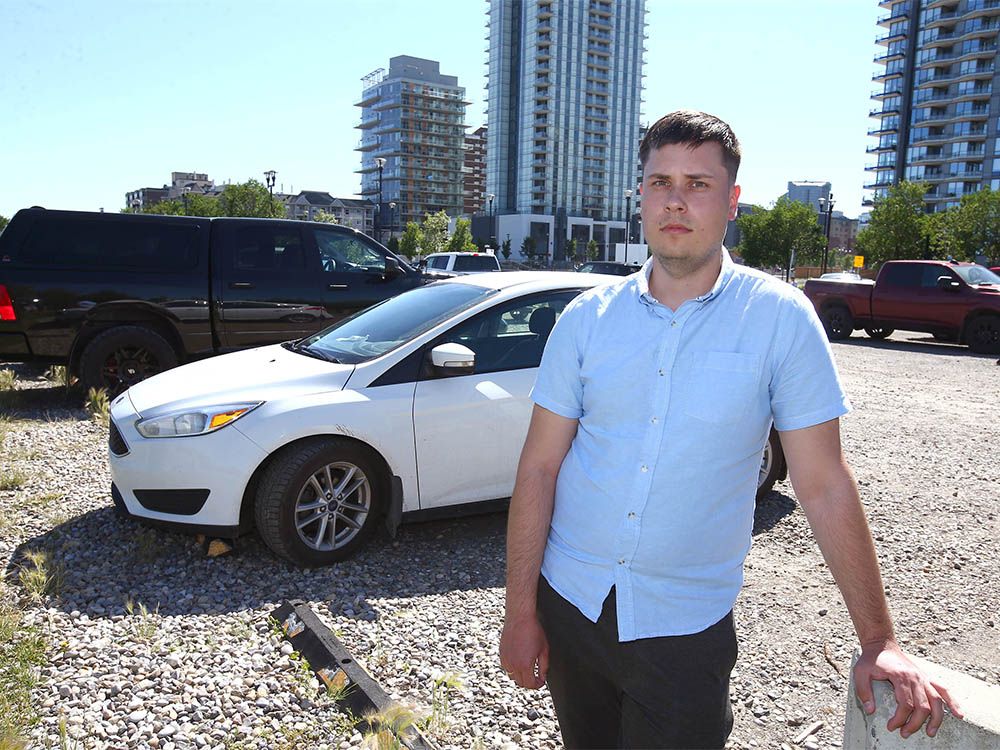 Albert Bronskyi, who came to Calgary in April when his hometown of Kharkiv came under Russian attack, said he’s forced to pay $600 a month for auto insurance — double the normal rate — because the province doesn’t consider his driving qualifications equal to Alberta standards.

“I have full-time work and an apartment, but there’s still a problem with the licence exchange,” said Bronskyi, who was visiting a grandparent in Colombia when Russian forces invaded Ukraine in February.

“Because Ukraine is not on the list of countries eligible for exchange, we have to start the whole process (of qualification) from scratch.”

That involves surrendering their Ukrainian driver’s licence, resulting in a three-week waiting period for a new Alberta permit, he said.

“Not being able to drive for a month is difficult,” said Bronskyi.

It also makes getting to a hands-on qualification test without a valid licence a legal challenge, he added.

Other provinces, including Saskatchewan and Manitoba, he said, moved to recognize Ukrainian driver’s licences in the spring — leaving Bronskyi to wonder why Alberta hasn’t followed suit.

“For some reason, there’s been no notion to change this in Alberta when there’s almost 5,000 Ukrainian refugees here,” he said.

The discrepancy is a concern among Ukrainian refugees, said Inna Platonova, president of the Ukrainian Canadian Congress’ Calgary branch.

“I’ve heard it many times — it’s one of the issues we’re trying to get the province to act on,” she said.

“Calgary is a spread-out city and (affordable transportation) is important for that mobility and getting to work and accessing services.”

At the same time, Platonova said the community is grateful for income support programs and child-care subsidies recently announced by the province for Ukrainians fleeing a war that’s created millions of refugees.

And she said it’s one of many challenges facing Ukrainian newcomers.

“The primary need is housing . . . Calgary’s becoming one of the key destinations for them in Canada and is also a centre for interprovincial migration,” said Platonova.

The Alberta government is recognizing Ukrainian driver’s licences for up to one year, “and are considering options to allow Ukrainians to exchange their licences on a more permanent basis, as Saskatchewan and Manitoba have done,” said Treasury Board and Finance spokesman Paul Hamnett.

He said the question of premium amounts is an issue to be negotiated between the motorists and insurance companies.

Insurers have been working with Ukrainian newcomers to provide reasonable rates but it’s incumbent on applicants to provide a driving record from their homeland, said Andrew Bartucci, spokesman for the Insurance Bureau of Canada.

“The challenges this individual expresses could be improved if they were able to transfer/exchange their Ukrainian driver’s licence for an Alberta one,” Bartucci said in an email.

“The key piece, however, is that transferring a driver’s licence and driving history from Ukraine would allow insurers to more readily understand an individual’s driving record, which is a key factor in determining auto insurance premiums.”

But Bronskyi said because he’s considered a permanent resident, he’s been given only three months’ grace period — not one year — for the use of his Ukrainian driver’s licence, which expires next month.

And he said the war in Ukraine has left that country’s government hard-pressed to supply driving records to refugees.

“It’s almost impossible because of the war situation at home, and some cities are occupied by the Russian military,” said Bronskyi.

There’s no reason the Alberta government can’t follow in the footsteps of other provinces and ensure an exchange of Alberta-Ukraine driver’s licences, said NDP Transportation critic Lorne Dach.

“They’ve figured out how to do it in other provinces, it’s not rocket science,” he said.

“These are people who’ve escaped homes where rockets are coming through their apartments, and we should do what we can to make their transition here as easy as possible.”