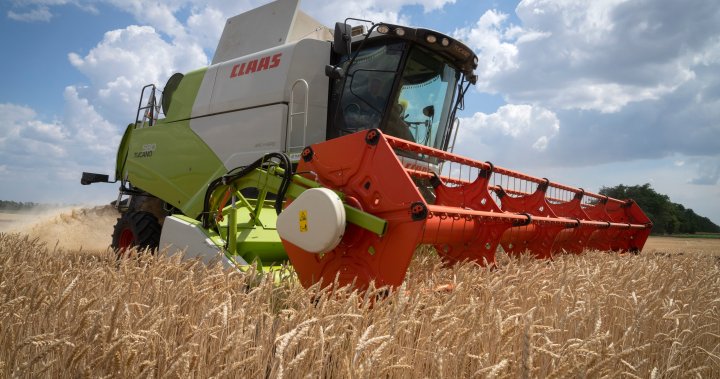 Ukraine said on Wednesday that a deal to resume grain exports blocked by Russia appeared very close as four-way talks prepared to resume, raising hopes of an end to a standoff that has exposed millions to the risk of starvation.

More than 20 million tonnes of Ukrainian grain are stuck in silos at the Black Sea port of Odesa and dozens of ships have been stranded due to Russia’s blockade, part of what Moscow calls its “special military operation” in Ukraine but which Kyiv and the West say is an unjustified war of aggression.

Ukrainian Foreign Minister Dmytro Kuleba told Spanish newspaper El Pais ahead of the talks in Istanbul between Ukrainian, Russian, Turkish and U.N. officials that Kyiv believed it was now very close to striking a deal for exports to resume.

“We are two steps away from a deal with Russia. We are in the final phase and now everything depends on Russia,” it quoted him as saying. Other participants in the negotiations were more cautious, saying much remained to be agreed.

The talks were due to get under way behind closed doors at 1000 GMT.

They were taking place amid a relative lull on the war’s front lines, with Russia saying on Wednesday it had shot down four Ukrainian military jets and Donetsk’s governor reporting heavy Russian shelling across the eastern region but no civilian fatalities.

Reuters could not independently verify the battlefield accounts.

Ukraine and Russia are major global wheat suppliers. Russia is also a large fertilizer exporter and Ukraine a significant producer of corn and sunflower oil, so clinching a deal to unblock exports is seen as vital for food security, notably among developing nations, and for stabilizing markets.

Ukraine and the West have accused Russia of exacerbating a global food crisis by complicating attempts to supply poorer nations with grain and fuelling inflation.

Moscow has blamed Ukraine for the problem, accusing Kyiv of refusing to remove mines that it scattered around its coastline to protect itself from Russia’s attack which it says represent a threat to shipping.

Russia has also hit out at the West for imposing sanctions on a range of sectors that make it harder for Russia to fund and insure its own maritime freight services.

UN Secretary-General Antonio Guterres said on Tuesday that participants in the Istanbul talks were “working hard indeed” but there that there was still a way to go to reach a deal.

“Many people are talking about it. We prefer to try and do it,” he told reporters.

Diplomats say details of the plan under discussion include an idea for Ukrainian vessels to guide grain ships in and out through mined port waters; Russia agreeing to a truce while shipments move; and Turkey – supported by the United Nations – inspecting ships to allay Russian fears of weapons smuggling.

Russia’s Interfax news agency quoted Pyotr Ilyichev, head of the international organisations department at the Russian foreign ministry, as saying that Russia wanted to control and inspect vessels to rule out arms smuggling.

He said Russia was ready to facilitate the navigation of foreign commercial vessels to export Ukrainian grain.

Russia has continued to export grain since the war started on Feb. 24 but there is a lack of large vessels as many owners are afraid to send them to the region. Cost of freight and insurance are also up sharply.

Ukraine sparked hopes on Tuesday for an increase in grain exports despite Russia’s blockade following the reopening of the Bystre canal, which provides access to small inland river ports.

Ukraine expects monthly grain exports to rise by 500,000 tonnes as a result, Deputy Infrastructure Minister Yuriy Vaskov said. Ukraine is also negotiating with Romania and the European Commission about increasing shipments through the Sulina canal, he said.