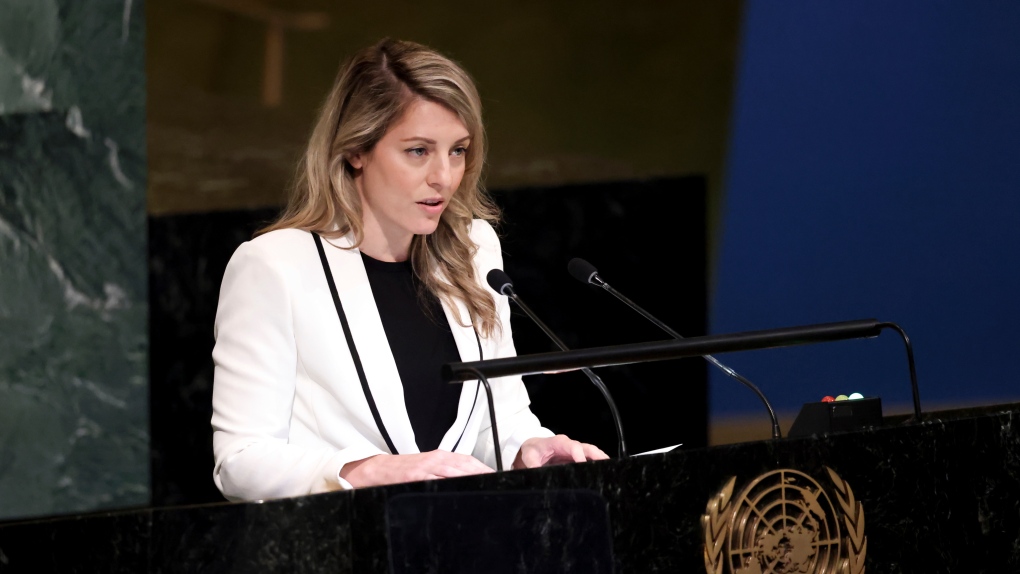 
Canada announced today it is imposing new sanctions on Russia in retaliation for its “unprovoked and unjustifiable” invasion of Ukraine.


The sanctions affect 43 Russian oligarchs, financial elites and their families and 35 Russia-backed senior officials in four occupied regions of Ukraine.


Foreign Affairs Minister Joly announced the measures in Washington, D.C., where she is undertaking two days of meetings with members of Congress and Secretary of State Antony Blinken.


The pair met today as Putin declared Russia’s intention to annex parts of Ukraine and defend them by “all available means.”


On Thursday, Swedish officials discovered a fourth leak along the Nord Stream gas pipelines, vital energy links for Europe that have been spewing methane into the Baltic Sea since Monday following two underwater explosions.


NATO says all evidence suggests the pipelines between Russia and Germany likely damaged by “deliberate, reckless, and irresponsible” acts of sabotage.


The leaks are of “deep concern” and are also endangering shipping lanes, to say nothing of what is expected to be “substantial environmental damage,” the alliance said in a statement.


“We, as allies, have committed to prepare for, deter and defend against the coercive use of energy and other hybrid tactics by state and non-state actors.”


A news release from Joly’s office said she and Blinken hoped to make progress on “shared priorities” under the bilateral agreement forged last year between Canada and the United States.


Shortly after President Joe Biden’s inauguration, he and Prime Minister Justin Trudeau agreed to the “Roadmap for a Renewed U.S.-Canada Partnership.”


That agreement, however, became largely sidelined, first by the COVID-19 pandemic and then Russia’s unprovoked invasion of Ukraine.


This report by The Canadian Press was first published Sept. 30, 2022.


— With files from Marie-Danielle Smith in Ottawa