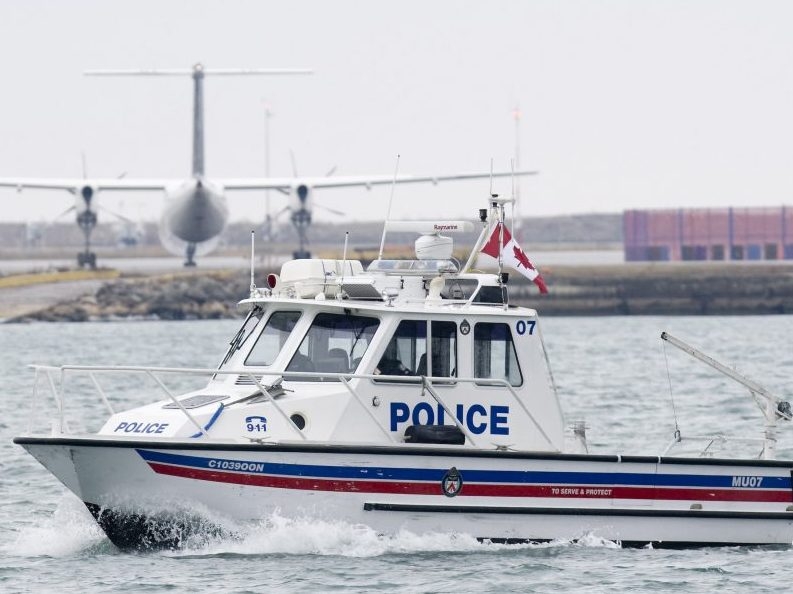 Two people are dead and eight people rescued from Tommy Thompson Park after a boat crashed into a breakwater made of rocks late Tuesday night.

Toronto Police responded around 11:54 p.m. for a report of a marine vessel collision in the Toronto Harbour near the east-end park.

Police say a single marine vessel was travelling northeast into the harbour area when it collided with the breakwater, causing the boat to capsize.

The Toronto Police marine unit and Toronto Fire marine unit worked in tandem to rescue eight people and a search was undertaken to find two others who were reported to be on the boat at the time of the crash.

The two were not initially found and the vessel was removed from the water with specialty equipment.

A 34-year-old man and a 25-year-old woman were both located deceased, inside the craft.

The investigation is ongoing.