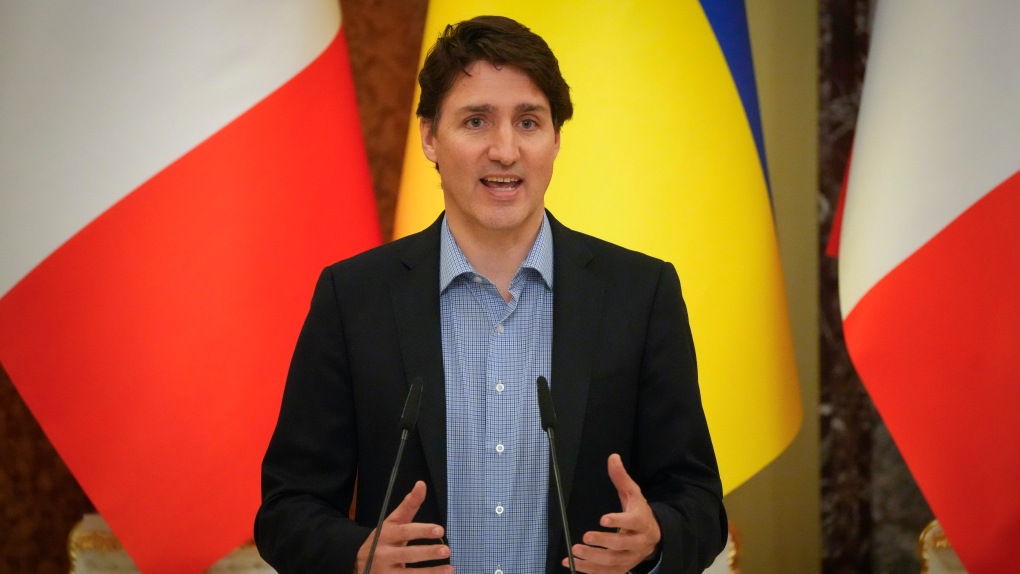 Prime Minister Justin Trudeau is defending Canada’s decision to grant a Canadian company an exemption to federal sanctions, allowing them to return turbines from a Russian pipeline that supplies natural gas to Germany.


The prime minister told reporters on Wednesday that while it was “a very difficult decision,” Russia is trying to “weaponize energy as a way of creating division amongst the allies,” and that Canada’s move was made to help Germany in the short-term as it and other European countries work to reduce their reliance on Russian oil and gas.


“Canada has been one of the strongest countries in the world in standing with Ukraine,” the prime minister said, vowing the continuation of support including sanctions and the billions of dollars in military and humanitarian aid offered to-date.


The turbines, part of the Nord Stream 1 pipeline, were sent to Siemens Canada in Montreal for repairs, but once the federal government imposed sanctions on Russian state-owned energy company Gazprom, the company was restricted from sending the equipment back.


Canada faced pressure from both Russia and Germany to return the turbines to Germany, fearing the risk of further energy instability. The energy giant claimed it needed the turbines in order to continue supplying Germany, after already considerably decreasing the gas flow through the pipeline.


“Countries in Europe, particularly Germany, have stepped up massively in their support of Ukraine as well, and we need to hold together, particularly faced with the attempts by Russia to weaponize energy policy, to divide us amongst ourselves,” Trudeau said. “And that’s exactly why we took this difficult decision, to be there for our allies, to ensure that in Europe — not just governments, but populations — stay steadfast and generous in their support of Ukraine.”


The contentious decision — while backed by the U.S. and the EU — has been roundly condemned by Ukrainian President Volodymyr Zelenskyy as well as the federal opposition parties. And, it is now facing a legal challenge.


On Tuesday night the Ukrainian World Congress announced that it had filed a notice of application for judicial review of the decision with the Federal Court, arguing that granting the permit “was not reasonable, transparent, or properly authorized.”


“Over the past several days, the Ukrainian World Congress together with the Ukrainian Canadian Congress has been pleading with the Government of Canada to revoke the waiver… To date, our efforts have been unsuccessful, and we have had no choice but to take legal action,” said the Congress in a statement.


While initially billed by Natural Resources Minister Jonathan Wilkinson as a “time-limited and revocable permit,” the deal allows for the movement of six turbines which, according to his office “follow a regular maintenance schedule” that will be allowed to be followed going forward, with the ability for the permit to be revoked at any time.


In backing Canada’s decision to return the turbines, the European Commission says, in doing so, “one of the excuses being used by Russia for reduced gas flows has been removed.”


“The Commission continues to work closely with its international partners, including Canada and the United States, to ensure the energy security of Europe for the coming winter,” said the Commission.