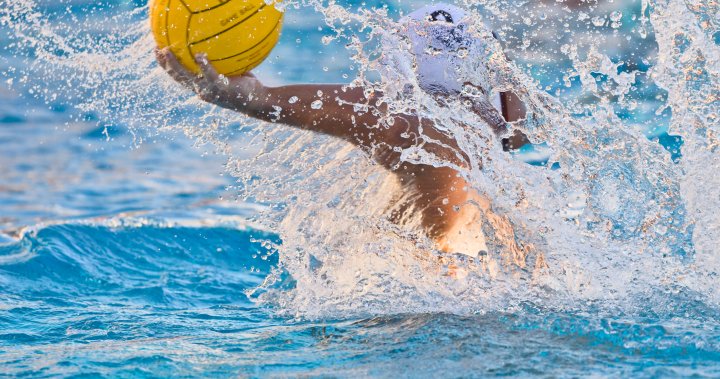 According to a statement of claim, the plaintiffs have asked for $1 million in damages for breach of fiduciary duty, negligence, breach of contract, and vicarious liability for physical, psychological and emotional abuse, sexual harassment and mental suffering.

They’re also asking for $4 million for past and future economic loss, special damages and $500,000 in punitive damages.

The lawsuit was filed in Ontario Superior Court on April 29. The statement of claim, which was amended on Tuesday, contains allegations that have not been tested in court.

The national sport body said in a statement that it’s taking the allegations seriously.

“Water Polo Canada believes all water polo athletes in Canada have the right to a safe sport environment from the municipal pool to the Olympic pool,” wrote Kathleen Dawson, the organization’s president. “We remain strongly committed to Safe Sport and we will be thoroughly reviewing the statement of claim received today, October 27, in the days and weeks to come.”

During those years, they claimed that Water Polo Canada coaches subjected athletes, including the plaintiffs, to a pattern of damaging conduct that included physical, psychological and emotional abuse and sexual harassment, according to the statement of claim.

The lawsuit also said support staff and management witnessed or were aware of the coaches’ abusive conduct, but failed to intervene and the abuse persisted for the duration of the plaintiffs’ time on the national team.


Water Polo Canada, which is based in Ottawa, is listed as the lone defendant.

The lawsuit makes allegations against several coaches and staff members, including Baher El Sakkary, Daniel Berthelette, Patrick Oaten and Guy Baker, who served in various coaching roles at times when the plaintiffs were with the program.

“Baher, Dan, Pat, and Guy together fostered a toxic culture at WPC throughout the plaintiffs’ many years on the women’s national team,” the statement of claim said.

A message left with Water Polo Canada was not immediately returned.

TSN first reported details of the lawsuit on Thursday.

This report by The Canadian Press was first published Oct. 27, 2022.