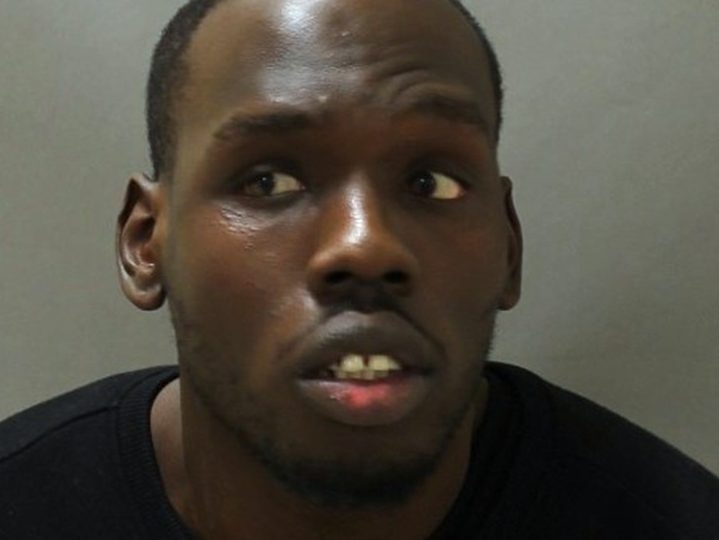 Toronto Police are hunting a suspect after a woman was choked, punched, forcibly confined and had her cellphone taken before she was able to escape her attacker.

Police said the woman called them for help on Feb. 14, but by the time officers arrived to the to Don Mills-York Mills Rds. area where the alleged assault took place, the attacker had escaped.

Poilice said that on June 27, officers responding to a medical assistance call in the Leslie St.-Finch Ave. E. area, found an unconscious man in the driver’s seat of a stolen vehicle.

Police alleged the man was treated by Toronto paramedics, but ran away when he regained consciousness.

Police have released a photo of their suspect, Kamba Taban, 28, of Toronto, who is wanted for firearms and assault charges.

Police said he’s armed and dangerous and urge people to call 911 — and not to approach him — if they spot him.