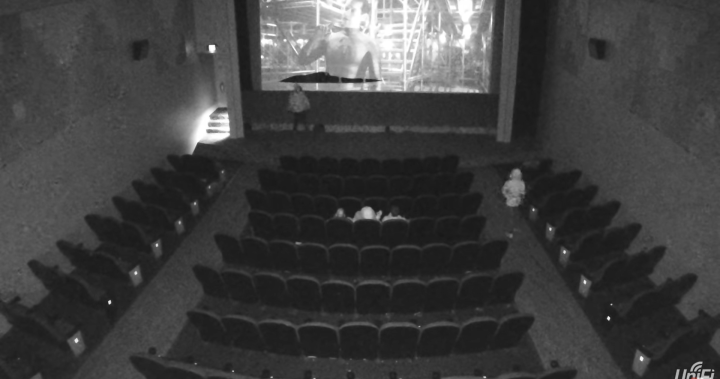 Halton police say the men have been connected with incidents at Film.ca on Speers Road in Oakville, Cine Starz in Burlington and Princess Cinemas in Waterloo that transpired between November 2021 and late February 2022.

Investigators say in each occurrence, the men made their way into cinemas and brazenly cut screens in theatres while patrons watched.

Some of the incidents were documented on video taken from security cameras.

A 38-year-old from Pickering is facing five charges of mischief and one of conspiracy to commit an indictable offence.

A Toronto man, 30, is facing a pair of mischief charges.

Police say evidence for charges was secured through the execution of search warrants at homes in Scarborough and Pickering on Tuesday.

Both accused have been released on an undertaking with a court date.