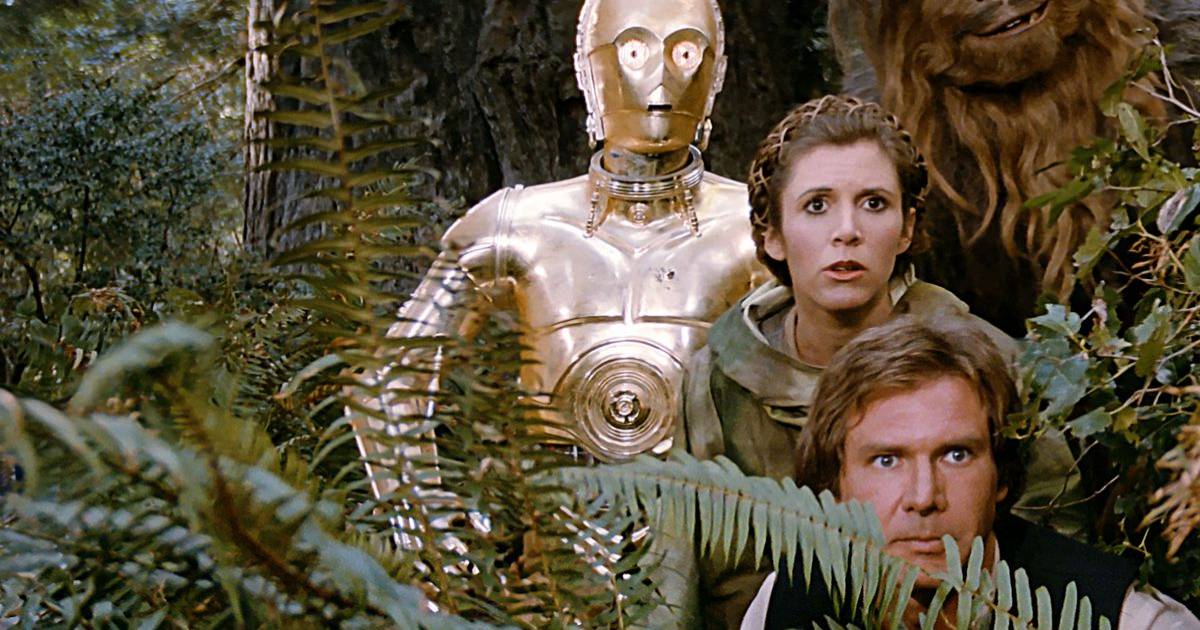 If you’re a fan of both the Vancouver Symphony and the Stars Wars films, you may want to consider circling a date on your June or July calendars.

On June 10 and 11, and then again on July 6 and 7, the VSO is presenting Star Wars: Return of the Jedi in Concert, which will see the full orchestra performing live to a screening of director Richard Marquand’s action-packed 1983 sci-fi epic. (The movie grossed $374 million during its initial theatrical run, becoming the highest-grossing film of 1983, more than doubling the box-office gross of the second place Terms of Endearment.)

The third installment in the original Star Wars trilogy (though now labelled Episode VI), following 1977’s Star Wars and 1980’s The Empire Strikes Back, Return of the Jedi features a musical score composed by John Williams and performed by the London Symphony Orchestra. The VSO will be performing it under Erik Ochsner, who is considered one of the world’s leading conductors of films with live-orchestra accompaniment.

A dual Finnish-American citizen living in New York City, Ochsner was principal touring conductor of La La Land Live in Concert, for which he conducted 50 international performances of Justin Hurwitz’s Oscar- and Grammy-winning score. Other films he has conducted include Back to the Future, Batman, Bugs Bunny at the Symphony, E.T. the Extra-Terrestrial, Ghostbusters, Lord of the Rings: Fellowship of the Ring, Love Actually, Pirates of the Caribbean, Star Trek (2009), and Star Trek Into Darkness.

Ochsner’s credits also include work with the Krakow International Film Music Festival, where he has led sold-out performances in a 16,000-seat arena of Pixar in Concert, Frozen, and Beauty and the Beast, plus Disney in Concert: The Magic of Music with the Krakow Film Festival Youth Orchestra. As an in-demand conductor, his international travels have taken him to such cities as Athens, Beijing, Jakarta, Leipzig, Melbourne, Mexico City, Moscow, Reykjavik, Shanghai, St. Petersburg, Stockholm, Taipei, Tokyo, and Vancouver, where he conducted La La Land: Live in Concert with the Vancouver Symphony in 2018.