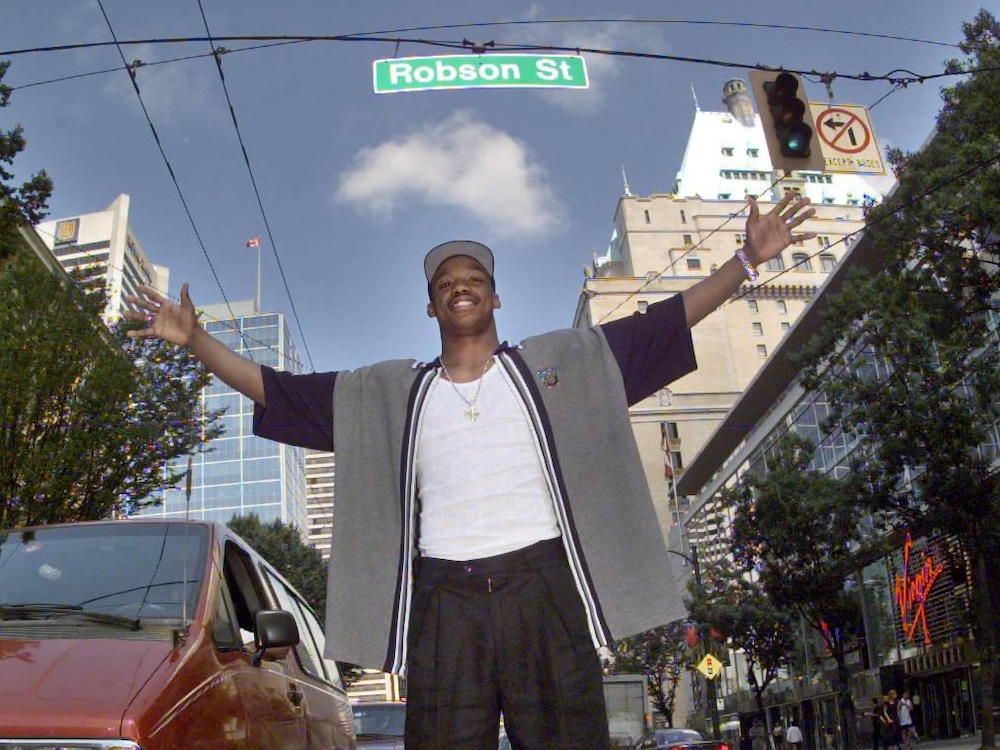 Twenty three years later, the vitriol is still there.

Now, Vancouver is about to learn if it can put its hate aside.

Steve Francis is returning to the city. The former NBA star is a pariah to many basketball fans who blame him for the downfall, and ultimate emigration, of the Vancouver Grizzlies franchise.

Filmmaker Kat Jayme, of Finding Big Country fame, has produced a 98-minute film devoted to uncovering the reason behind the NBA team’s move to Memphis.

Among other big NBA names, Francis is featured prominently in the film, which will be screened at the Vancouver Film Festival on Saturday and Wednesday.

Francis became persona non gratis in B.C. in 1999 when he made it public knowledge he didn’t want the Vancouver Grizzlies to draft him. When Stu Jackson made him the No. 2 overall selection in the draft, his body language and demeanour instantly had him labelled a brat.

He was traded to the Houston Rockets before the start of the season in what was the largest trade in NBA history at the time, involving three teams and 11 players.

Two years later, the Grizzlies were on their way out of town. Their final game at GM Place came against Francis and the Rockets, and the star who snubbed them scored 14 points in a 100-95 win, soaking in all the hate, boos and insulting signs.

“That one game I came here, I knew how they felt when they started doing batteries and stuff,” he said.

Previous history was full of examples of athletes who had refused to play for the team who’d drafted them; Eric Lindros and the Nordiques; Bo Jackson and the Bucs; John Elway and the Colts; even Kobe Bryant and the Charlotte Hornets had an impasse.

“I know all of them. But I was the worst of all athletes. I lived that history,” he told Postmedia Friday.

Up to now, Francis hadn’t spoke on it. But when Jayme ambushed him at an autograph signing as part of her filming, he agreed to tell his side of the story.

He’d recognized her, standing in line, from her film Finding Big Country. And her work was what made him agree to talk for the first time in decades.

“Actually, it was because Kat came,” Francis said. “Somebody that was humble. Because any other time I would have spoken about it, I would still be considered the same brat. So I didn’t even want to pay attention to it. I kind of moved on from it since … before I retired. Actually, when you guys got moved to Memphis, I moved on. So I left it right there.”

Unlike Finding Big Country, the documentary about her favourite player, Bryant ‘Big Country’ Reeves, this was a broader-focused film, but one that Francis plays a major role in.

“I feel like this story … it’s not black and white. I kind of had to take my fan cap off and put my filmmaker cap on, which is seeing people as humans, really trying to understand their story,” Jayme said. “And I tried to do that with everyone that I spoke to. Once you hear Steve’s story, I think fans are going to change their tune when they see the film.

“Back then, things were a bit different. We saw players as … the city owns you. That was like the mentality back then, and I think it’s changing now. In the movie, he’s like one of the first players to actually have a voice in, in where players played.

“It’s a complicated story. And it’s not just like, ‘Oh, you didn’t want to play for us?’ There’s way more to it than that.”

Antonio Harvey and George Lynch, two former Grizzlies, can attest to that. Vancouver wasn’t the same city in the 1990s that it is now. Diverse, yes — to a point. But the organization did little to support the players coming to a place that was understandably viewed as a basketball Siberia.

They didn’t help with work placement for players’ wives, or help get them visas. Where do you get groceries? How do the taxes work? “Customs,” Harvey and Lynch said in unison.

And there was the food; back home, it was seasoned. It had bacon grease. Vancouver didn’t have that.

“For me, it was Oodles of Noodles,” Francis said of the instant noodles popular during that decade.

“I would have cried if I couldn’t have that.”

And then there was the culture shock. Harvey says no one takes into account where the 21-year-old Francis was coming from — or what that was like.

“Nobody looks at who he is based on where he came from, right?” Said Harvey, who played for 13 different teams from L.A. to Warsaw.

“The city I grew up in (Pascagoula, Miss.), there were two versions. There was a black version and the white version. They never mixed. They never interchange. If I hadn’t had this pit stop in L.A., I don’t know that I would have been able to come here.

“Because all I knew about Vancouver is that it was Canada. And all I knew about Canada was that it was white. It’s that whole thought process. I don’t think anybody in the city really considered, ’S**t, Steve Francis is coming from Maryland, D.C., Baltimore, and they’re asking him to come to Vancouver? That’s a bit of a stretch.

“I played for four different colleges,” he added. “Two different high schools. Nine different NBA teams. So for me, this is all the same. I don’t have any love for any particular city. They’re all the same. It’s a place that I would lay my head and play basketball. And that’s what Vancouver was — then.

Francis was asked what he’d say to those fans who still hold a grudge decades later.

“I’d just say I’d fly them to D.C. to show them where I grew up at,” he said. “You see the culture change they’ll have (to go through) from Vancouver to D.C. without knowing anything.”