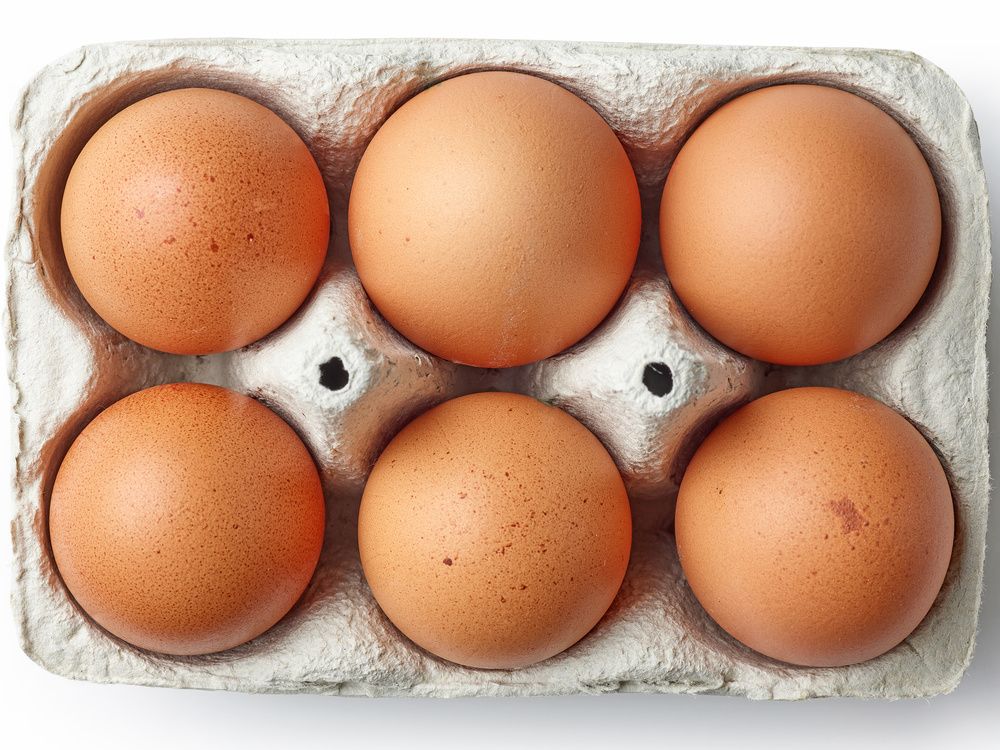 We were talking about a mutual friend.

She cocked her head and looked at me sideways.

“Egg? A good egg? What does that mean?” she asked in her accented English.

I was a little surprised. I thought ‘good egg’ was a well known way of endorsing someone.

“A good person,” I explained. “A reliable and decent human being.”

“In Italy, we would say ‘Un pezzo di pane.’ A good-hearted person is a piece of bread. There’s nothing like a good slice of bread!”

Now it was my turn.

“Bread? Like a piece of bread? How does that work?”

She countered, How is it a good person is like an egg? What’s that based on?

A piece of bread is wholesome. Humble. Comforting. The whole story is all there in that one slice. It makes sense. Perfect sense.

OK. Sure. The bread analogy had legs. I love bread. If they’re being honest, who doesn’t like bread?

I couldn’t, however, come up with anything that fleshed out the egg parallel.

Indistinguishable and interchangeable, eggs are masters of concealment. And wobbly and fragile, too.

The conversation moved on.

“How’s your dad?” the Italian asked of the Spanish-born woman.

And there it was again. The momentary puzzlement. That pause while the phrase got turned over and examined like an old book.

“Yes. Like a pear. That’s what we would say if someone was free from physical problems. Healthy. Happy. Estar más sano que una pera.”

The English equivalent would be ‘fit as a fiddle’. In Italian, sano come un pesce — as fit as a fish.

In our momentary examination of the phrase, we could find nothing that fleshed out any of these idioms. Out came our phones. A shallow dive into various websites revealed nothing concrete. The best we could find was that the phrase ‘fit as a fiddle’ was British English, dated back to the 1600s and was based, primarily, on alliteration.

The next half-hour was spent dredging up as many of these idioms as we could think of.

A story came up about an expression first heard in childhood from a grandparent. “Ich verstehe nur banhnhof.” It’s the equivalent to “it’s all Greek to me.” It means “I only understand train station.” Apparently, it had come home from the First World War. Soldiers stationed in Germany protested their lack of fluency with this phrase. Outside of place names, train station was about the only term they could recognize.

We were joined by another friend. When we told her what we were talking about, she instantly volunteered the expression her Chinese grandmother used to make with predictable regularity.

“Jiāng hái shì lao de là.” She laughed and said her grandmother trotted this out every time she was losing an argument. Roughly translated, it means aged ginger is more powerful than fresh ginger. Ahhh, yes. But of course. We all recognized the idea behind this one: “With age comes wisdom.”

Lots of other parallels about wine, cheese and oak trees suddenly floated to the surface. What’s more? We all recognized that this phrase, in its many permutations, was starting to go into high rotation in each of our lexicons as we moved into our powerful ginger years.

The Spanish woman suggested it was ‘time to put the cows to bed’.

Despite not having a single cow between us, we all understood.

This week’s question for readers:

What are the idiomatic expressions from your heritage?

Send your answers by email text, not an attachment, in 100 words or less, along with your full name to Jane at [email protected] We will print some next week in this space.

Did you learn to drive a stick shift? Do you still?

• For my family, manual transmissions simply mean more driver engagement and definitely more fun. If you like to drive, manuals keep you more engaged with the machine. Nothing beats a skilled double-clutch rev-matching downshift.

We have six vehicles in our family, four of which are manuals: my wife Melissa’s Subaru WRX STi, my son Victor’s Mazda 3 GT, my son Mackenzie’s Subaru BRZ and my Corvette C7 7-speed. No new Corvette for me unless they put a manual in it. Yes, PDK type transmissions are quicker, but paddle-shifters are soulless devices that should be reserved for racing. Give me a clutch pedal any time.

• Reading your column on shifting into a new reality, memories came flooding back. Oh, how I loved driving stick shift! In the Netherlands, one was only allowed behind the wheel at 18, and only in a double controlled car with an instructor. The cutest car we owned was a tiny Fiat 500 that was not even synchronized and my husband and I quickly learned to double shift. I think only truck drivers know how to do that nowadays. I am now in my seventies. The last time I drove stick shift was my granddaughter’s little Vibe in 2018. I had not forgotten how to! It’s apparently totally ingrained in my muscle memory.

• I want to share my first experience driving a vehicle with a standard transmission. On a remote camping trip, my dad asked 14-year-old me if I wanted to drive. I said “Sure!” After I perfectly nailed 2nd to 3rd, he said to me, “Great shift, son; next time try to stay on the road.” I took my eyes away from the pedals and gear shift to find us about 30 feet down a grassy verge. I still drive a standard today, but am much better at it.

• I was fortunate to be given a stick shift sports car to drive from the North Shore to UBC. On several occasions, en route, I spied an elderly woman tooting around the West End at the wheel of a splendid 1940s model MG open roadster, her grey locks flying in the breeze. To my young eyes she epitomized cool in advancing years. That vision inspired a pledge. I vowed that as I aged I’d remain ‘forever young’ by clinging to the engagement of driving a standard transmission to the end of days.

I’ve managed to adhere to that vow, despite a couple of knee replacements, hand surgery, four kids and four large dogs in my story. I’ve driven numerous cars, vans, and wagons — all standards. My current Porsche is a treasure. They’ve become like fine wines, more valuable in their rarity. With the exception of creeping along in a traffic jam, driving remains a pleasure!

• Yes, I learned to drive a stick shift and still do and enjoy it very much! That’s why I have preserved my 2001 BMW 330 ci coupe so that I can continue driving stick shift.

I think being able to drive a manual transmission is a very important life skill to have. Stick shifts are still prevalent in Europe and many other countries. As a traveller who loves road trips, I can’t imagine exploring countries any other way.

• My Canadian wife and I married in the U.K., so I sat my driving test in a stick shift and she took lessons to master it. Up until a year ago, we both drove stick shift cars and, as our sons became eligible to drive, we said “If you can drive stick shift, you can drive anywhere in the world.” I’m a believer that ‘learning stick’ teaches the driver about velocity, acceleration and how to control a car at high and low speeds. Currently, we have a stick and an automatic car, so switch between them. I couldn’t buy my latest car with a stick shift, but would have done.

I believe that ‘real driving’ would be to drive a stick shift Porsche on the Sea to Sky Highway; it has to be the pure experience. Of course I would need someone to cover the speeding tickets.