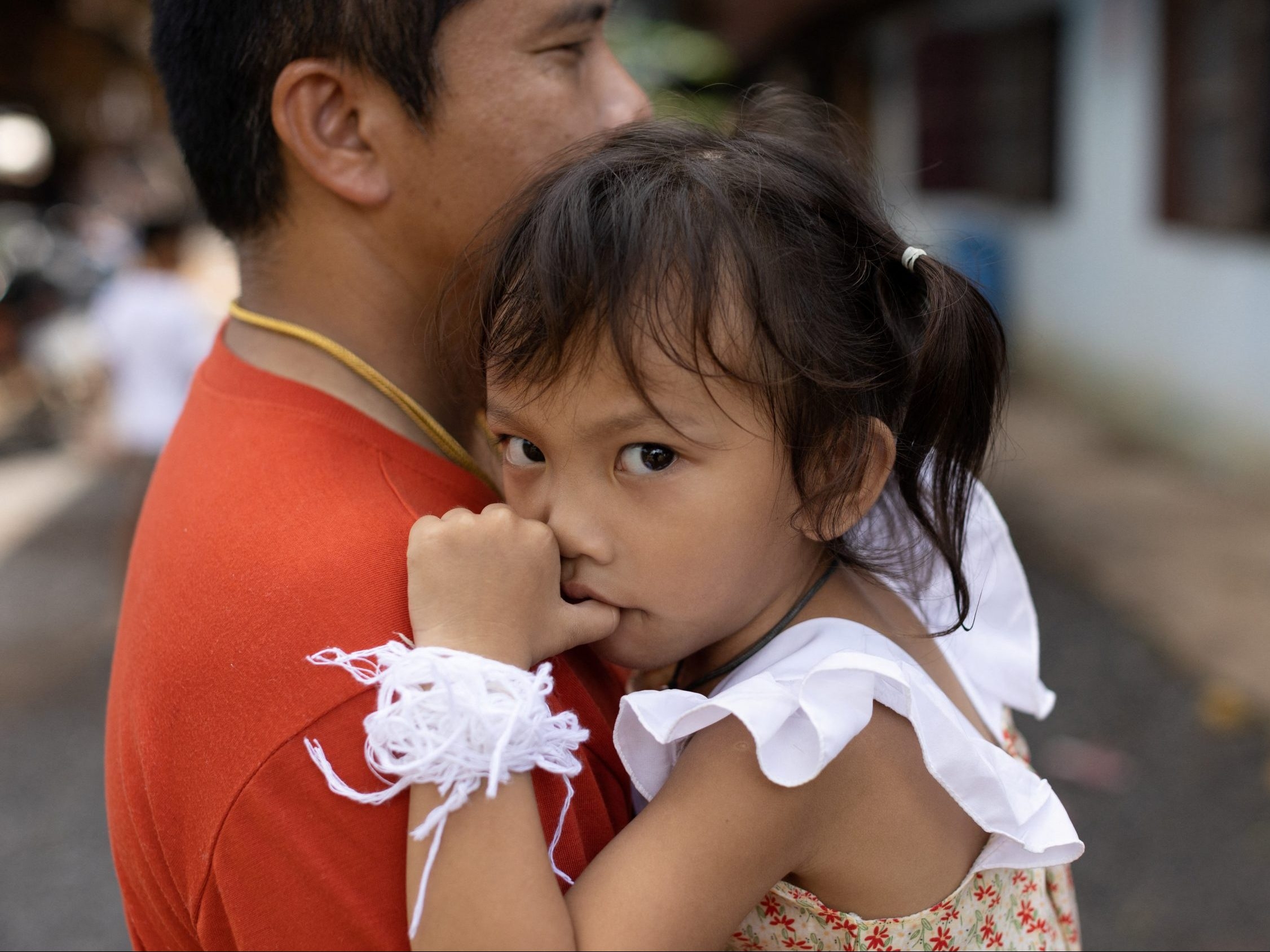 UTHAI SAWAN — A three-year-old child who managed to survive last week’s massacre at a nursery in northeast Thailand slumbered through the horror under a blanket in the corner of a classroom.

Paveenut Supolwong, nicknamed “Ammy,” is normally a light sleeper, but at naptime on Thursday when the killer burst into the nursery and began murdering 22 children, Ammy was fast asleep with the blanket covering her face, her parents said.

It likely saved her life.

She was the only child in the nursery to have escaped unscathed after former police officer Panya Khamrap killed more than 30 people, mostly children in the nursery, in a rampage through the town of Uthai Sawan.

“I’m in shock,” said Ammy’s mother, Panompai Sithong. “I feel for other families… I’m glad that my kid survived. It’s a mixed feeling of sadness and gratitude.”

On Sunday, the family’s wooden home was bustling with relatives and neighbours sharing plates of fish, papaya salad, and reflections on the tragedy.

They fussed over Ammy as she played in the yard in a flowery gown, an amulet tied around her neck, alternating between bewilderment and gap-toothed smiles at all the sudden attention.

Ammy’s parents said she seems to have no memory of the tragedy. Someone found her stirring in a far corner of a classroom, after the killer had left, and carried her out with her head covered by the blanket so she did not see the bodies of her classmates.

Of the 22 children stabbed to death, 11 died in the classroom where she was napping, according to police. Two other children were in hospital with serious head wounds.

On Sunday afternoon, the family sat in a circle as a religious leader read from a Sanskrit prayer book, conducting a Buddhist ceremony for children who endure bad experiences.

Ammy sat patiently in her mother’s lap, looking around shyly through big eyes and playing with two candles she held.

Relatives splashed one another with rice wine poured from a silver bowl and cried out wishes for good fortune.

They loaded Ammy’s tiny wrists with white threads for luck, pinching her cheeks and whispering blessings.

It was a rare moment of joy in a town plunged into grief.

In addition to the slaughter at the nursery, Panya rammed his pickup truck into passersby on the street and shot at neighbours in a two-hour rampage. Finally, he killed the woman he lived with, her son, and himself.

In the close-knit community, few have been left untouched.

From dawn on Sunday, families of the victims gathered at the temples where bodies are being kept in coffins. They brought treats for the souls of the dead, according to local traditions, including food, milk and toys.

Later in the day they sat for a Buddhist ceremony at the nursery, where mourners have left white floral wreaths and more presents.

At Ammy’s home, her mother said she believed spirits had protected her little girl.

“My kid is not a deep sleeper,” Panompai said. “I believe there must be some spirits covering her eyes and ears. We have different beliefs, but to me, I think it protected my kid.”

Another relative told local media Ammy’s survival was a “miracle.”

But the family had to break the news to her that her beloved best friend, two-year-old Techin, and her teacher were dead. “She was asking her grandmother, ‘Why don’t you pick up Techin from school?’,” Panompai said.

She does not yet know the full extent of the tragedy she lived through.