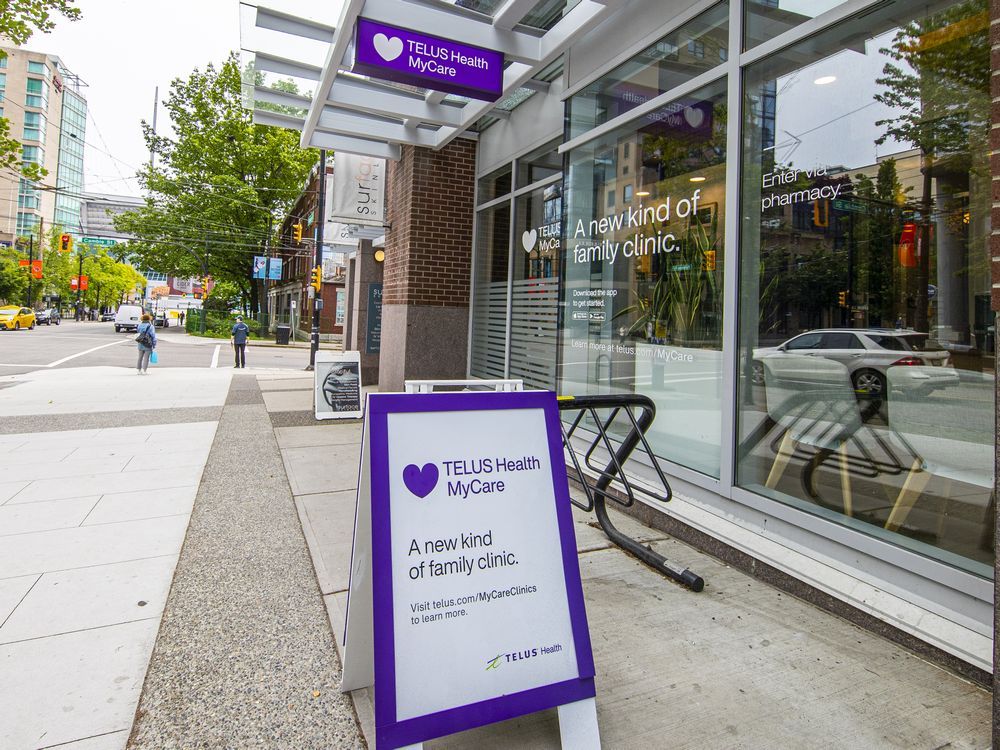 The province’s medical services watchdog is investigating whether private, fee-based services offered by Telus Health allow patients to jump the queue, which is against the law.

Critics are concerned that Telus Health’s LifePlus program, which requires patients to pay thousands of dollars a year — and in some cases is the only way to keep their family doctor — is creating a two-tier medical system.

Mark Winston, 72-year-old Vancouver resident, said last fall he received a letter from his family doctor who said he would be closing his practice and moving to Telus Health.

If Winston wanted to continue seeing his doctor, he’d have to pay $4,650 for the first year and $3,600 annually after that to register in Telus Health’s LifePlus program.

Winston wanted to keep seeing his general practitioner, whom he said provides “exemplary care” but was morally opposed to paying a fee to access enhanced health care.

“As a citizen of British Columbia I was horrified that I was being asked to pay thousands of dollars a year for what should be free to all British Columbians,” said Winston, a professor and senior fellow at Simon Fraser University’s Morris J. Wosk Centre for Dialogue.

“Ethically I just could not justify jumping the queue and paying money to be in a system that was going to give me the kind of healthcare that we all should be receiving anyway.”

“It’s not right,” Winston said, that only the rich can access that doctor.

“That is a horrifying, systemic way to deliver health care,” Winston said.

Complaints regarding Telus’ LifePlus Program and other private fee-based services pushed Health Minister Adrian Dix in February to ask the Medical Services Commission to review the practices “to confirm they are not allowing queue jumping for patients who pay a fee, which is prohibited by Canadian laws,” the Ministry of Health said in a statement.

The commission has been in contact with private health companies — including Telus, which provided a submission — and will present its findings to Dix.

The Vancouver-based telecommunications company, which brought in $4.3 billion in revenue in the first quarter of 2022, has been rapidly expanding into the health care field since 2018 when it purchased private clinics operating under the brands Medisys, Copeman Healthcare and Horizon Occupational Health Solutions.

Its virtual walk-in clinics under Babylon Health were particularly in demand during the pandemic when many opted for a doctor visit via video chat.

Patients do not have to pay for virtual visits through Babylon, where Telus bills to the Medical Services Plan. The LifePlus plan, however, is touted by Telus as a service that offers enhanced and personalized care that offers patients “head to toe” checkups, “an in-depth review of lifestyle factors and medical history” and access to specialists, such as physiotherapists and dietitians.  This can result in 24/7 access to a doctor or fast-tracked MRIs or other medical tests.

While in Opposition, Dix was highly critical of the private fee-based health system, which he called a medical “concierge-type service.” Private clinics are legal as long as the clinic doesn’t charge the patient and also MSP, referred to as double billing.

Dix said during debate on his ministry’s budget in May that Telus Health’s private model “captured my interest” which is why he referred it to the commission.

“In fact, people contacted me … expressing concern about that,” he said. “We raised that issue and took action on that issue.”

Dix said he’d like to see the conclusion of the review within the month.

Sonya Lockyer, vice president of Telus Health Care Centres and Pharmacy, said in a statement Telus Health “fully supports and is committed to publicly funded healthcare as the foundation of our healthcare system in Canada.”

Lockyer said Telus Health Care Centres “focus primarily on employer-based health and wellness services that are not covered by MSP” and it does not charge for primary care services.

Dr. Ramneek Dosanjh, president of Doctors of B.C., said while private clinics are not new, there’s greater scrutiny in light of the health care crisis which has left 900,000 British Columbians without a family doctor.

“I think we do know that these clinics create a two-tiered system,” she said.

“One smaller elite system for those who can afford it and one for the rest of us.” That’s particularly concerning, she said, for racialized and Indigenous people who are more likely to be left behind.

It underscores the urgent need for the government to fix problems with the fee-for-service model which is pushing doctors out of the profession, Dosanjh said.

Furstenau said while Telus insists patients are paying for access to dieticians and specialized care, she’s concerned that people faced with losing their family doctor will feel pressured to pay for private access.

Furstenau also fears general practitioners will be lured away from family practice to Telus Health since doctors can see more patients a day through the virtual model and they don’t have to foot the overhead costs of operating their own clinic. Some doctors work for Telus Health on the side to supplement the income from their family practice.

“In a system where primary care doctors are having to make choices like that, we have a real problem,” Furstenau said.