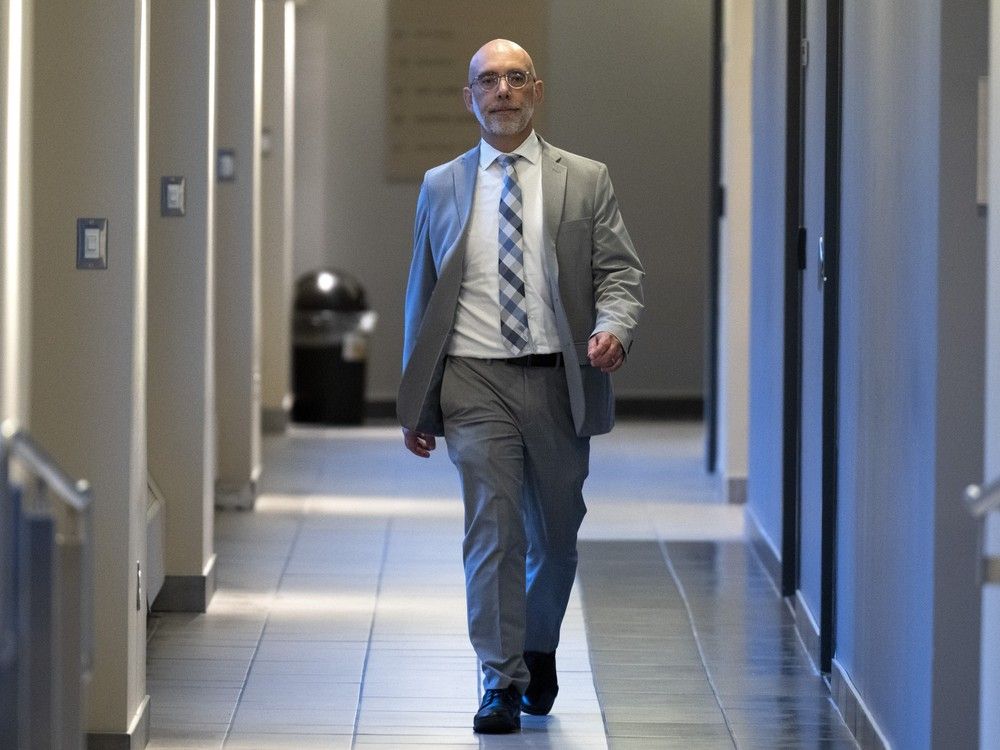 Taxpayers are now facing a price tag of more than $300 billion for the 15 ships, Giroux warned Thursday.

That includes the construction cost of the Canadian Surface Combatants plus operating, maintaining and upgrading the vessels over the course of their life.

Giroux’s numbers are stark — the development and purchase of the 15 ships, which the government approved with a $26 billion price tag, will now cost Canadians $84.5 billion.

The cost of operating and maintaining the ships over the next 65 years will be $219.8 billion. That includes mid-life upgrades for the ships with additional technology.

That last figure is a significant leap in cost for taxpayers; in 2013 the Auditor General’s office noted that figure would be $64 billion over 30 years.

“Every time we look at this (project), the costs go up,” Giroux said Thursday.

The Canadian Surface Combatant (CSC) project — the largest single expenditure in Canadian history — has become the poster child for the country’s troubled military procurement system. Concerns have been raised about a lack of accountability and oversight of the program as well as secrecy surrounding the initiative.

Even as costs continue to rise, National Defence is steadfast that it will not be altering course.

On Thursday, the department acknowledged it does not yet have an idea how much the ship purchase will ultimately cost taxpayers. “The full cost for the project will continue to be refined” it noted.

“Project costs will evolve throughout the duration of a project,” the department added.

Construction of the first CSC warship isn’t scheduled to begin until 2024.

Defence Minister Anita Anand and deputy minister Bill Matthews have overseen the CSC project since early 2019, first when they were at Procurement Canada and now at National Defence.

Anand has downplayed concerns about problems in the country’s military procurement system, instead stating that there are many success stories.

Conservative MP Kelly McCauley, a member of the Commons government operations committee that requested Giroux examine CSC, said there doesn’t appear to be any interest in government to try to put a stop to the increasing costs. “Every new update brings more delays and billions in added costs with no end in sight,” he said.

McCauley and some fellow MPs believe just the construction of the CSC will eventually cost more than $100 billion.

Giroux said a one-year delay in the project added $7 billion to the final estimated tally.

CSC was started by the previous Conservative government but by the summer of 2015, it was talking about limiting increasing project costs by reducing the number of ships to be built.

But the incoming Liberal government dismissed that notion and committed to all 15 warships.

More costs for CSC could soon emerge over the coming months.

Irving’s Halifax shipyard was selected in 2011 as the winner to build new fleets of warships for the navy, including CSC. Among the requirements for winning the bid was that the yard had the capability to build the vessels and taxpayers wouldn’t need to contribute funding to outfit the facilities for the task.

But Irving is now asking the federal government for additional money so it can modernize its facilities to build the CSC. Industry sources say the Liberals are considering providing at least $300 million to the shipyard owned by one of Canada’s richest families.

Former National Defence procurement chief Alan Williams claimed it is now clear the CSC project is out of control.

He said the only good news is that a contract has yet to be signed and it is not too late for the Liberal government to take a different approach.

“I feel for the Royal Canadian Navy,” said Williams. “They need new ships but if they continue down the current path with CSC they might not get any.”