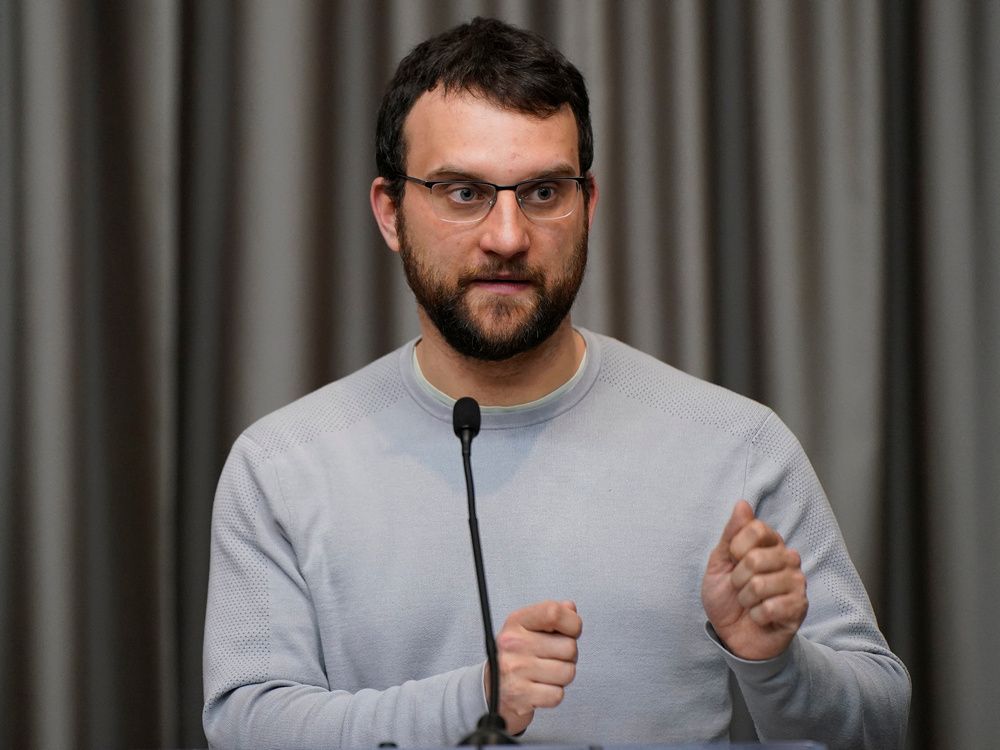 A third-party ad group is claiming a victory in getting Danielle Smith elected as premier, and is now setting its sights on controlling the UCP board.

Take Back Alberta held a zoom meeting Saturday morning to outline its next moves. The group congratulated itself for helping get Smith elected. She was categorized by people on the call as one of two “freedom candidates” running for the leadership.

However, the group’s founder and executive director, David Parker, said putting a new leader in power is less important than the group’s next goal of putting its own members on the UCP’s board.

He said the board’s powers, which include choosing who gets to run as a UCP MLA candidate, setting the price to attend annual and special general meetings, and how party money is spent, would give the group the powers it needs to achieve its goals.

“These are very senior and important roles that were neglected in their duty by the former board and they simply just served the will of the premier,” Parker told listeners on the call.

He explained that while the premier is like the CEO of a company, the board’s job is to keep the premier in line. Another speaker on the call said the board would act as the premier’s boss.

Parker and others on the call outlined a plan to send several thousand people to the UCP’s AGM, which is set to be held in Edmonton on Oct. 21- 23. They are asking people to pay their own way, but have raised more than $750,000, and they are willing to help those who have lost their jobs with the $375 fee to attend the AGM. They also have a number of people running for positions on the board.

Duane Bratt, a political scientist with Mount Royal University, said controlling the UCP’s board would amount to power over the UCP leader, but not the premier. He noted premier-designate Danielle Smith is already the party leader, but won’t become premier until she is sworn in.

“They might be able to have power and influence over the AGM, how the policy debates occur amongst UCP members, rules around nomination races and things like that,” said Bratt. “But not over how legislation is crafted, how cabinet selection is made, how orders in council are made or anything along those lines.”

Bratt said it would be a fair criticism to say the UCP board was subservient to outgoing premier Jason Kenney, but that would be subservience to the party leader, and not the premier.

“I think it’s a mistake to confuse them,” said Bratt.

University of Calgary political scientist Melanee Thomas said Take Back Alberta’s plan suggests they have a serious misunderstanding of how democracy is structured in Alberta.

“It reads to me as either refusing to accept that this is a democracy and that parties don’t own a government and they don’t own power, or preferring that that not be the case,” said Thomas. “I’m not sure which this is.”

Speaking to Postmedia by phone, Parker said Take Back Alberta is currently registered as a third-party advertiser with Elections Alberta and is also a registered not-for-profit society.

He couldn’t elaborate on what that restructuring would look like.

“That’s going to depend on a lot of people,” said Parker. ”I’m sure there’s a lot of people but the number one thing will be that they will not have the authority to impose these kinds of mandates.”

During the morning Zoom call, members expressed solidarity with the so-called Freedom Convoy that took over Ottawa and blockaded the Coutts border crossing last February. Vaccines were referred to as foreign substance injections.

Parker said Take Back Alberta’s other main goal is to ensure the NDP does not return to power in this province.

When asked if he would accept the results if the NDP does win a majority in the province’s next election, Parker said that won’t happen.

“But yes, of course, if somehow they were able to convince people of their toxic and disease-ridden ideology, then we will work very hard to make sure that they only last four years,” said Parker. “But I do not see that happening.”