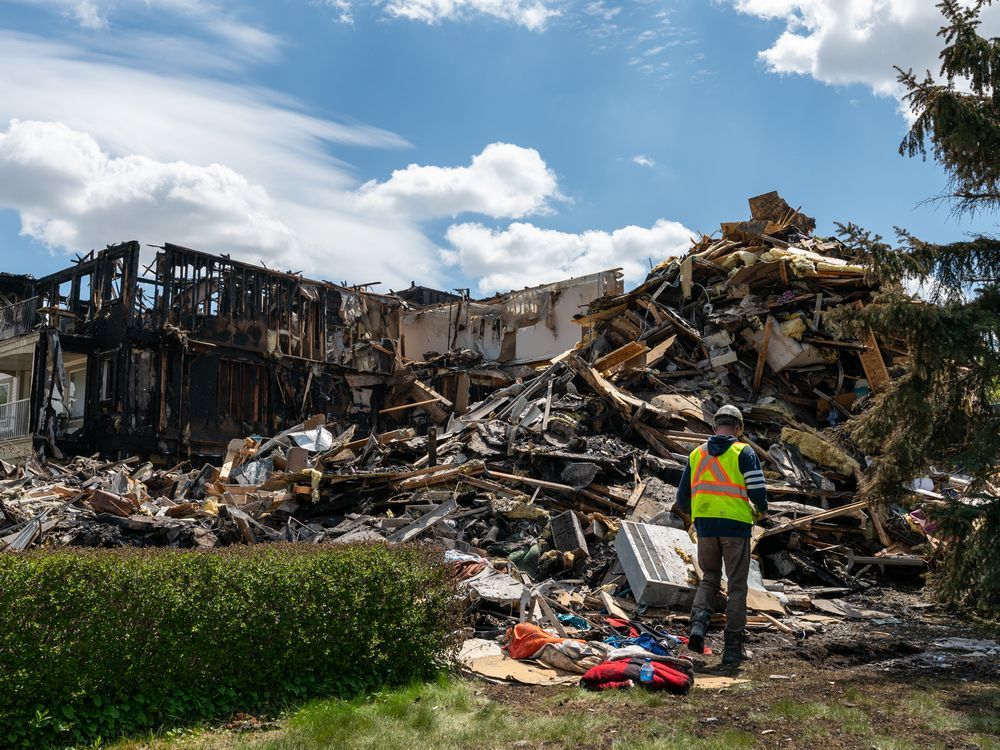 The owner will need to have a structural engineer assess whether the remaining parts of the building can be saved.

The fate of a Sutherland-area condominium ravaged by a fire on Friday night could soon become clearer.

Fire marshal Brian Conway said the owner will be sent an order to remedy, a document that says the owner will need to have a structural engineer assess whether the remaining parts of the building can be saved.

The City of Saskatoon’s building standards department is also involved in the process, Conway said.

A heavily damaged portion of the building in the 300 block of 108th Street was torn down after the fire for safety reasons.

The property’s manager could not be reached on Wednesday.

The fire department announced on Sunday that it had concluded its investigation into the Twin Peaks condo fire, which was first reported around 11:30 p.m. on Friday.

The investigation found it was caused by smoking materials that were improperly disposed of in a flammable plastic container that didn’t contain sand or water to extinguish lit materials and was located close to the building.

Fire Chief Morgan Hackle said the building had working fire alarms, but no one activated any of the internal pull stations in the hallways, which would have alerted people.

“A lot of the early intervention by the public was actually people on the exterior of the building trying to warn people to get out and also someone within the building moving throughout the hallways and alerting people by yelling,” he added.

The investigation found there were no sprinklers in the suites and common spaces.

Conway said in this case, the building met the national building code, which governs design standards. Installation of sprinklers is based on size and occupancy, and in this case, a sprinkler system was only required in the underground parkade, not above ground.

Conway offered advice to prevent similar fires: don’t locate containers for disposing of smoking material close to combustible surfaces like buildings; ensure the container has a narrow opening to resist wind blowing the contents out; have water or sand in the container. Potted plants should not be used for cigarette disposal since lit materials can continue to incubate within peat moss and grow into a fire.

Cigarette butts should also not be thrown from moving vehicles, he added.

“We have lots of wildland fires that occur every year that are attributed to starts like that.”