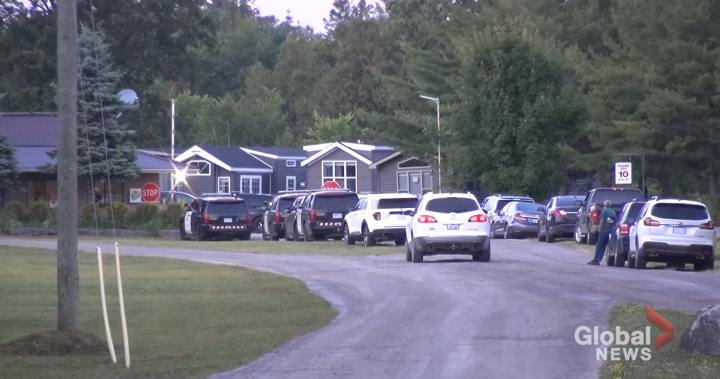 A suspect wanted after a fatal stabbing in Whitby was arrested overnight in a Kawartha Lakes trailer park, police say.

Durham Regional Police said officers were called to Regatta Crescent in southern Whitby just after 3:30 p.m. Wednesday for a stabbing.

A 44-year-old man was found with life-threatening injuries.

He was rushed to a Toronto-area trauma centre where he died.

Police said Thursday that the suspect fled in a vehicle but was later located at a trailer park in Kirkfield in the City of Kawartha Lakes.

With help from the Durham police Air1 helicopter and the Ontario Provincial Police, the suspect was arrested “without incident,” police said.

The stabbing marks Durham Region’s 10th homicide of the year.