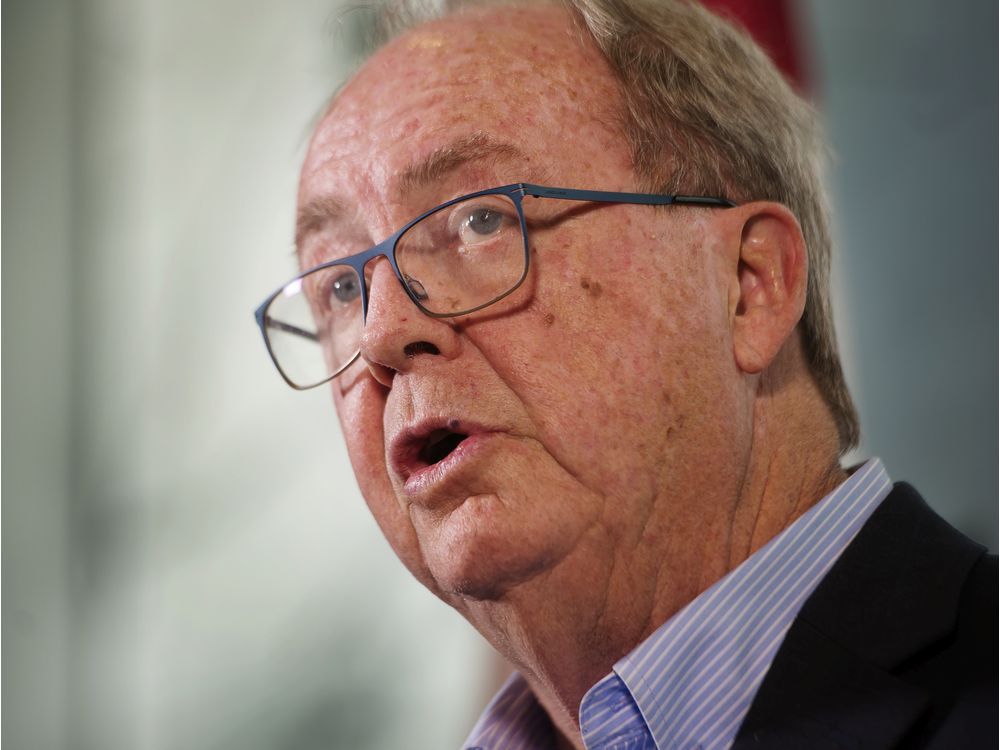 Surrey Mayor Doug McCallum has agreed not to chair the Surrey Police Board until the October municipal election.

If he remains mayor after the election he will resume his role.

The Surrey Police Board released a statement on Wednesday evening saying McCallum and the board had decided that he would not attend any board meetings for the next few months.

Under the Police Act, the chair does not have the option to step down or delegate responsibilities. However, the board can elect another chair for meetings in which the first chair (McCallum) is absent.

“Moving forward the board will select a chair from among themselves to conduct board business until after the municipal election,” the statement read.

Earlier on Wednesday, McCallum delivered the 2022 State of the City address, just two days after a chaotic meeting of council was shut down after only seven minutes.

In his speech, he dismissed all the “naysayers,” praised the four members of council who have stuck by him, and said that Surrey had now taken a seat among the major cities of Canada.

“Senior levels of government are investing in our city, from funding new housing to rapid transit expansion, from replacing aging bridges to a new hospital, Surrey is on the radar,” McCallum said during the address, the first in-person event since the pandemic broke out.

“We knew we had an ambitious agenda and that there would be bumps along the way. I never said it would be easy,” he said, adding that council has delivered on what it set out to do.

In his speech, McCallum highlighted 21 new capital projects that have been approved by council under the $428-million Surrey investment program. Some of these projects include a new athletic centre at Bear Creek Park, a new Newton community centre with an Olympic-sized pool, and Indigenous carving centres.

Federal funding of $4 billion for a new SkyTrain station in Surrey was secured last week, and Surrey will begin construction of that new line next year, said McCallum.

“The number of projects and initiatives we have launched are numerous, and I’m especially proud to say that we have been able to do all this without raising property taxes for four straight years,” he said.

On Surrey’s controversial transition to a municipal police force, McCallum said 85 uniformed Surrey Police Service officers have been deployed to work alongside the RCMP. He added that number will increase to 295 officers in the next 12 months, with the first class of new recruits sworn in last month.

During his address, McCallum alluded to the recent chaos that has plagued Surrey City Council.

“There has been no shortage of critics, doubters and naysayers. I have always said you need to have a thick skin to do this job,” said McCallum. “To the council members who have stood fast, I want to thank you. The promises we made to the people of Surrey we have kept and we have delivered.”

Surrey’s council meeting on Monday night was cut short after a group of people in chambers voiced rowdy opposition to McCallum. The group is calling for McCallum to resign following his criminal charges.

McCallum was charged with one count of mischief in December after he accused a woman of running over his foot during a confrontation. Statements in court documents appear to refute the mayor’s claim.

McCallum told Postmedia he would not stand down from his job. His trial is set for shortly after this fall’s municipal elections.

—with files from Dan Fumano