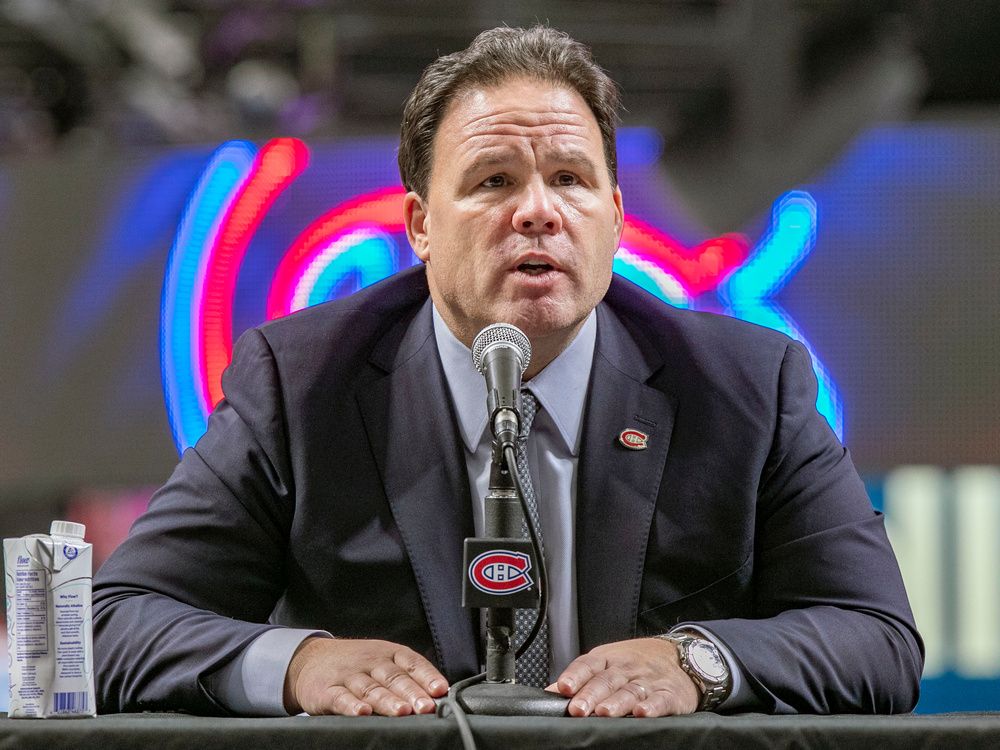 Jeff Gorton’s father gave him some advice ahead of his first day working as an intern with the Boston Bruins.

“My dad was a plumber, so he said: ‘Here’s what I’ll tell you to do tomorrow,’ ” the Canadiens’ executive vice-president of hockey operations recalled during a one-on-one interview Thursday afternoon in his office at the Bell Sports Complex in Brossard. ” ‘Get there before everybody gets there and stay there when they’re gone and do it every day and see what happens.’ That’s kind of what I did.

“My first day walking into the Bruins’ front office was a dream,” Gorton added. “They could have told me to do anything and I would have done it.”

Gorton grew up in Melrose, Mass., and went to Bridgewater State University, earning a degree in physical education in 1991 and a master’s in sports management in 1993. He wanted to work in hockey and was willing to start at the bottom. The Bruins gave him an intern job in their public-relations department and, at age 23, he was hired full-time to deal with the media and arrange public appearances for players. He also took it upon himself to start a database for scouting reports and a video library.

That led to a job in scouting before Gorton was promoted to assistant GM and, eventually, GM of the Bruins. In 2015, Gorton was named GM of the New York Rangers, a job he held for six years before being fired. In November, Gorton was hired by Canadiens owner/president Geoff Molson to rebuild the worst team in the NHL.

Gorton grew up as a big Bruins fan and played goalie in high school. His favourite player was Bruins goalie Gerry Cheevers. When Gorton took his first job with the Bruins, he never could have dreamed that one day he’d be running the team he hated as a kid. He still remembers watching the “too-many-men-on-the-ice game” during the 1979 playoffs on TV with his family when the Bruins blew a 3-2 lead late in Game 7 of the Stanley Cup semifinals and lost 4-3 to the Canadiens in overtime.

“I just remember going: ‘Wow, we can never beat them,’ and it felt that way for a long time,” Gorton recalled.

“I grew up and spent a large part of my life living in Boston and, when you grow up there, you’re pretty much a Bruins, a Celtics, a Red Sox and a Patriots fan — and that’s the way it is,” he added. “It’s kind of ingrained in you in your youth. Honestly, my friends and my family have been pretty good. They’ve put the spoked B down for the Rangers emblem and now they’ve thrown those clothes away and they’ll get some new ones.

“I think their first reaction (to joining the Canadiens) was ‘not there’ because it’s such a rivalry and there’s such a history between the two franchises and a lot of respect and admiration, too, for Montreal, and all the success that the Canadiens have had.”

Gorton has been busy since joining the Canadiens, hiring Kent Hughes as GM and Martin St. Louis as head coach while starting to build an analytics department and hiring Vincent Lecavalier and Marie-Philip Poulin to improve player development. Gorton said his first goal was to bring the Canadiens into “modernized hockey.”

Gorton also had some time this summer to get to know the city better, saying: “Montreal’s a fun place. It’s a great place to be. I could see in the summer how active it is.”

What’s his main focus now with training camp getting started?

“The excitement of getting guys back on the ice, see where everybody fits into the puzzle,” Gorton said. “There’s a lot of new players, so there’s a huge adjustment right now going on to everybody in the organization, whether it’s on or off the ice. Just hopeful that it all kind of comes together. Everyone wants a timeline on when things are going to change. I always tell everybody the same thing. Listen, we’re worried about tomorrow and getting better there and then the next game after that.”

Gorton added that the most important lesson he has learned as a hockey executive is to always think what’s next instead of focusing on what happened in the past.

What’s he most proud about his career in hockey?

“I think just the longevity of it,” the 54-year-old said. “As a kid, you decide that you’re going to go down this road and you hope that you can be a scout or do something in hockey or whatever comes my way. Just to have the opportunity to work with three Original Six teams in unbelievable cities. To have pretty good jobs there, too. I think it’s the longevity. I don’t think I could have dreamed that I would be in hockey for 30-years plus and have a chance to keep this going.”

It all started with some very good advice from his father.