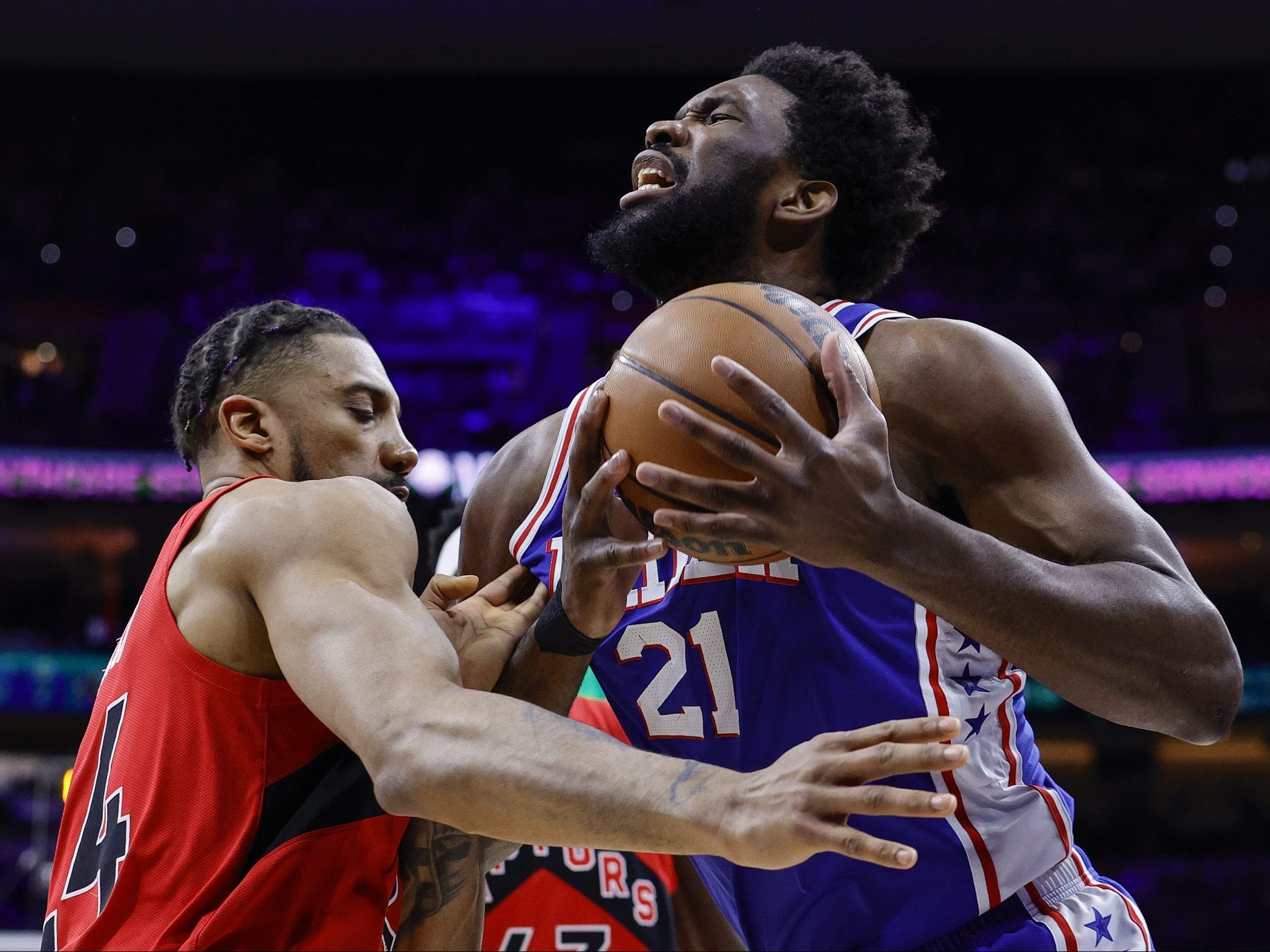 VICTORIA, B.C. — It was starters vs. subs for the most part in Friday’s training camp finale intersquad scrimmage at Save on-Foods Memorial Centre and at least when it remained mostly starters it wasn’t much of a contest.

Nick Nurse’s starting five (for now) of Fred VanVleet, Gary Trent Jr., Scottie Barnes, Pascal Siakam and O.G. Anunoby doubled up on the reserves in the first quarter 30-15 at which point the second quarter started with the score suddenly tied.

O.G. Anunoby and Pascal Siakam were just too much both outside and inside for the reserves who fared better as the night went on but were thoroughly outclassed in that first 12 minutes.

Dalano Banton and Justin Champagnie, two guys looking to lock down those final two spots on the roster were both active particularly in the second quarter.

Fred VanVleet, always with his head up sprang the starters for a handful of easy fast-break points setting the tone early.

Thoroughly entertained was a sellout crowd of 7,000 who saw a little bit of all the Raptrs although the trio of the oldest Raptors – Otto Porter Jr, Thad Young and Khem Birch who is coming off of off-season knee injury did not get off the bench.

HAVE TO WAIT ON BIRCH

Khem Birch had more than his fair share of tough breaks a year ago and it appears the bad luck bugaboo isn’t done with him just yet.

Birch revealed in training camp here the other day that the bone bruise he thought he suffered a year ago was actually a torn meniscus that required off-season surgery.

Somehow Birch went through “five or six MRI’s” that didn’t reveal the tear that actually occurred in the fifth or sixth game of the season.

It wasn’t until Birch was forced to stop playing when he broke his nose that the swelling in the knee went down sufficiently to reveal the tear.

Birch made the decision to hold off until the off-season to have the surgery which means he’s still not quite back to 100% yet.

“The good thing is we have so many good guys on this team that I don’t really need to play that many minutes or anything,” Birch said. “I can just slowly come back and earn my minutes. I’m not really worried.”

If nothing else last season taught him, not to mention his experience in Orlando where he was caught behind a number of younger teammates eating up minutes, patience is needed during a long season.

“For sure,” he said. “Patience has been the key to my whole career, so I’m not really worried about it. I would rather be 100%  than how I was last year.”

If fans catching highlights of last night’s intersquad game at the Save on-Foods Memorial Centre suddenly felt great pangs of excitement, it was for a very good reason.

The floor at the Centre, which also played host to Canada’s last chance Olympic qualifier in 2021, was the floor on which the Raptors won the 2019 NBA Finals.

The Finals in which the Raptors defeated the Golden State Warriors in Game 6 marked the final game the Warriors played on that floor.

The team moved to the Chase Center the following year and Victoria resident Scott Lake, the former founder of Shopify, bought the floor and moved it to Victoria.

SPOTS UP FOR GRABS

The battle for roster spots in camp doesn’t get talked about much, but according to head coach Nick Nurse there is still a battle going on.

It is for the final two spots of the roster and if you believe Toronto native Dalano Banton, who is not guaranteed a spot, is taking one of those two spots as most onlookers do, it quickly becomes one spot between three players.

Those three would be Justin Champagnie, DJ Wilson and former high lottery pick Josh Jackson who previously played in Phoenix.

Champagnie, with a knack for rebounding and a vastly improved three-point game would appear to have the edge here but Wilson is raising eyebrows with his play and Jackson has the defensive pedigree the Raptors covet.