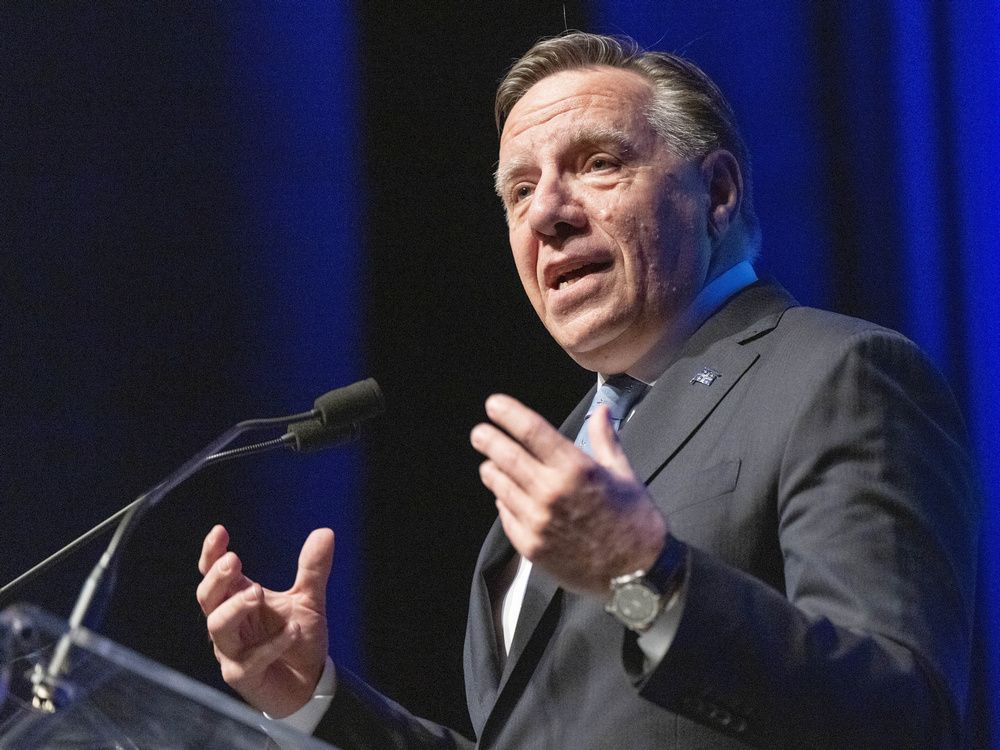 “We prefer to concentrate on what we call interculturalism, where we have one culture, the Quebec culture, and we try to integrate newcomers,” the premier says.

Ahead of celebrations of Fête Nationale, Premier François Legault said he’s against the idea of multiculturalism, saying it is a threat to the French language and Quebec culture.

“It’s important that we don’t put all cultures on the same level; that’s why we oppose multiculturalism,” Legault told reporters Thursday. “We prefer to concentrate on what we call interculturalism, where we have one culture, the Quebec culture, and we try to integrate newcomers. I think new people coming to Quebec add to our culture, but it’s important to have culture where we integrate, especially to our language.”

Legault, who has been asking Ottawa for new powers over the selection of certain immigrants, said his vision of integration is different from that of Prime Minister Justin Trudeau. In in his vision, Quebec culture is elevated over the cultures of immigrants and other minorities.

“We see that Mr. Trudeau is pushing for multiculturalism, so he doesn’t want us to have a culture and a language where we integrate newcomers,” Legault said. “It’s important that our nation and our culture be respected and that we try to integrate new immigrants to that culture.”

Legault’s comments came on the heels of a speech given in France by Simon Jolin-Barrette, Quebec’s French-language minister who said the project of nation building and the protection of the French language is under threat by multiculturalism.

Legault was in Montreal to announce the conversion of the historic Bibliothèque St-Sulpice.