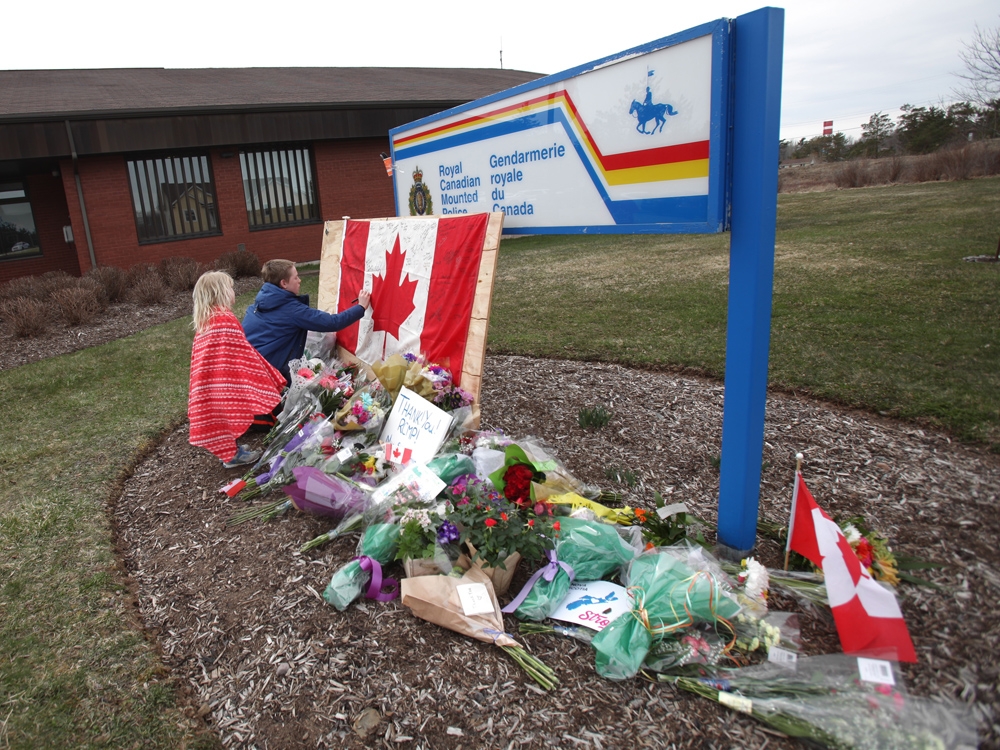 HALIFAX — For 19 years, Lisa Banfield lived with a man described as a controlling, abusive psychopath who repeatedly beat her.

This long-term pattern of gender-based violence is described in detail in a document released Wednesday by the inquiry investigating why Gabriel Wortman fatally shot 22 people in Nova Scotia on April 18-19, 2020 — the worst mass shooting in modern Canadian history.

Part of the inquiry’s mandate is to examine the role of intimate partner violence, as it formulates recommendations aimed at preventing this kind of tragedy from happening again.

In her own words, Banfield told inquiry investigators about the physical abuse she endured as the killer’s common-law wife.

“The things Gabriel would do to me included: grabbing me sexually … (and) physically push me around (out of the way, on the bed, or to the ground/floor),” she said in a written statement provided to the inquiry June 22.

“(He would) pull me up by my hair to get me off the ground until my scalp felt like it was going to rip off — punch me (body, face, neck), and kick me. Though I remember he only raped me once. I felt that I was his wife and what could I do?”

Aside from the physical abuse, there was also plenty of psychological harm, the statement says.

“He pulled a gun on me and came after me a couple of times, saying that we are ‘done.’ And I don’t even know how I talked him down,” she said.

“He would even beat me in front of his friends. They would watch and not do anything about it. I knew no one could help me. They were all scared of him, too.”

Banfield, now 53 years old, is expected to testify at a public hearing on Friday.

In a series of interviews this year, she told inquiry investigators she first met Wortman at a bar in Halifax in May 2001. Both had left previous marriages. Three months later, they moved in together. At first, they lived in an apartment above his denture clinic in Dartmouth, N.S.

Within a year, he pressured her to sign a document aimed at protecting his ownership of properties and other assets.

In previously released interviews with the RCMP, Banfield had said the first two and a half years of their relationship were positive, and she described her spouse as “loving, kind and generous.”

But she told inquiry investigators that his violent behaviour began much earlier. In particular, she described an assault she endured in 2001 or 2002 outside a cottage near Sutherland Lake, north of their summer home in Portapique, N.S. Banfield said Wortman threw punches at her when she climbed into their Jeep and insisted on leaving.

“I jumped out and I just ran through the woods,” she said. “And then he caught me. I had blood all over me and he was dragging me back to the Jeep.”

There were witnesses to the assault. Police were called, but no action was taken. When she returned home, she found Wortman removing the wheels from her car in a bid to keep her from leaving.

“Ms. Banfield told the commission that throughout her relationship with the perpetrator, she had to focus on what was in front of her at that moment, rather than what happened in the past â¦ as a means of coping,” the 100-page summary of evidence says.

“It was only when Ms. Banfield went back and read some of the journals she kept during their relationship that she recognized the frequency of the violence and how early on â¦ the mistreatment started.”

The inquiry’s latest report goes on to describe Wortman’s frequent infidelity, his chronic alcoholism and his persistent efforts to control Banfield through manipulation, intimidation, threats and financial coercion.

“Ms. Banfield stated that the perpetrator always made her feel like she would be taken care of and did not have to worry,” the document says, while also making it clear that he kept her name off of any ownership documents.

For years, she worked as his assistant at the denture clinic, which provided her only source of income. Her family was worried she was becoming too dependent on him.

“I’m close to my siblings and I talk to them every day, but he didn’t like that,” Banfield told the RCMP. “He wanted all of my attention, and if I didn’t give it to him, he was like a little boy â¦ that needed a constant build-me-up kinda thing …. Throughout our relationship, he’d be very controlling.”

She initially told the RCMP that she could recall about 10 times when she suffered abuse at the hands of her partner. But she later told inquiry investigators that the number was higher, based on what she had written in her journals.

At one point, in 2003 or 2004, a neighbour confronted Wortman at his Portapique home and demanded that he allow Banfield to collect her things and leave, the document says. “No one’s coming in this house,” he is quoted as responding. “And I’m just letting you know, I’ve got guns in here.”

Banfield confirmed that she never told police about her dangerous living situation, despite encouragement from some of her siblings. At one point, they took photos of her injuries, but those pictures have since disappeared.

“Where am I going to go even if I left,” she told the inquiry investigators. “He knows where (my relatives) all live and I didn’t know what he would do.”

Banfield said she eventually stopped talking to her siblings about the violence, but they knew his controlling, abusive behaviour had not stopped.

“He’s a psychopath or a sociopath, he’s a narcissist,” Banfield’s sister, Janice, told the inquiry, adding that he was a “ticking time bomb.”

The document concludes with a detailed account of the couple’s final days together in April 2020, when the COVID-19 pandemic was forcing shutdowns and social isolation around the world.

“He loved Trump,” Banfield said in her written statement, referring to the former U.S. president.

“He was constantly on the internet listening to Trump and watching the news cycle about COVID …. He’d tell me he wasn’t afraid of dying …. But this time he told me that he knew when he was going to die …. He was talking crazy, and it scared me, so I just changed the topic.”