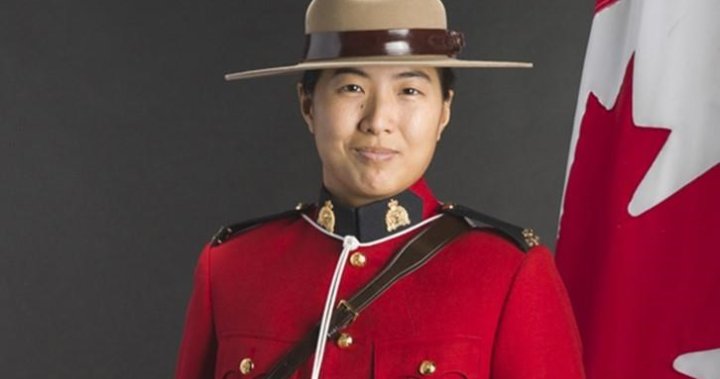 The family of a B.C. RCMP officer killed in the line of duty last week has released an emotional statement, describing her as “brave, compassionate, yet courageous.”

Shaelyn Yang was fatally stabbed while serving an eviction notice on a man living in a tent in Burnaby’s Broadview Park on Oct. 18. Jongwon Ham has been charged with first-degree murder in her death.

In the statement released Thursday, her family described how Yang was born in Taiwan and moved to Canada at a young age where she was strongly shaped by her upbringing in the Lower Mainland.

“Shaelyn was gentle yet brave, compassionate yet courageous; and she was born with the gift of supporting and empowering others,” the family wrote.


The family described Yang’s career with the RCMP as a dream come true, noting how she studied Taekwondo, Kendo and Brazilian Jiujitsu as a child and volunteered as an RCMP victim services worker as an adult.

“Shaelyn was so proud of her uniform. She made the ultimate sacrifice to this work that she loved. This is extremely heartbreaking, she devoted her life to helping others, which is something she strived for, and we are so proud,” the statement read.

“As her family, we thank Shaelyn for giving all of herself in making this world a better place. May she rest in peace knowing she was so loved.”

The family went on to thank the public for its massive outpouring of support, and to thank the RCMP for giving Yang a place where she thrived and developed lifelong friendships.


The RCMP is holding a regimental funeral for Yang on Nov. 2 at the Richmond Olympic Oval.

Yang, a member of the Burnaby RCMP’s mental health and homeless outreach team, was just three years into her career when she was killed.

Police say she was at the park with a City of Burnaby parks worker to tell the man living in the tent he had to leave.

A police report obtained by Global News states she believed the man may have been having an overdose, and was preparing to deploy naloxone when an altercation occurred.

Yang was fatally stabbed and shot the man.