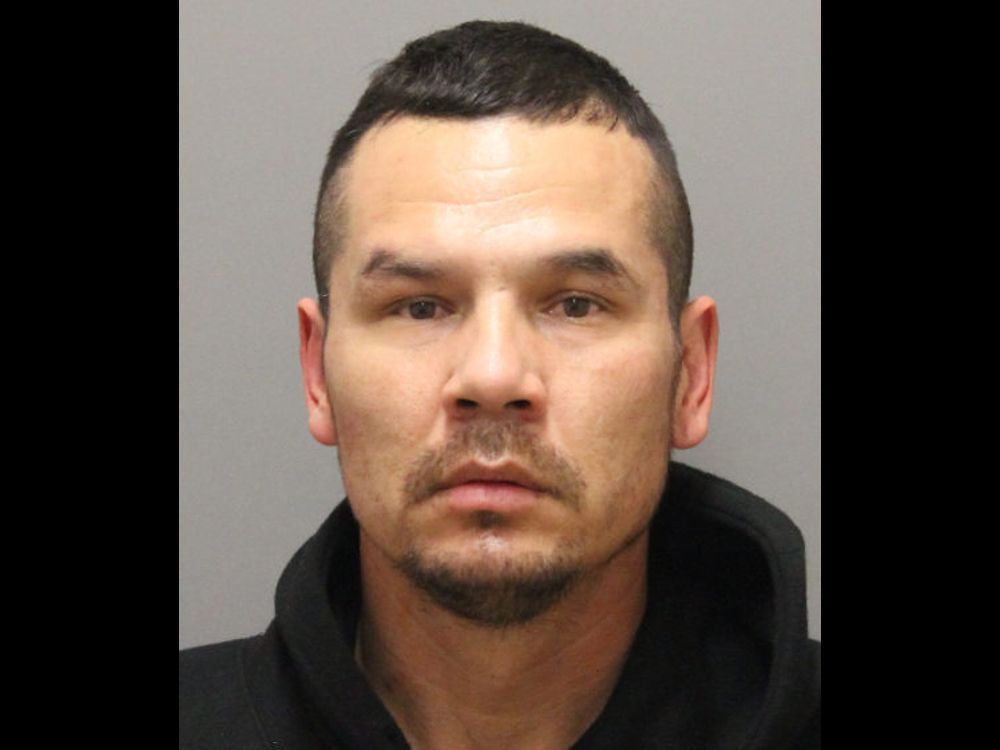 RCMP are searching for Alvin Thomas, of Cumberland House, who has been charged in connection with the death of Marisha Hoksbergen.

Cumberland House RCMP have charged a man with second-degree murder in connection with the death of a woman in the community.

On Sunday at about 11:55 p.m., RCMP received a report of an injured woman, a news release said.

Marisha Hoksbergen, 24, was transported to the local clinic in a private vehicle and later pronounced dead. RCMP say an investigation determined there was an altercation at a home in the community. Alvin Thomas, 39, of Cumberland House, has been charged with second-degree murder and a warrant has been issued for his arrest.

Thomas is described as approximately 5’11” tall, with black hair and brown eyes. He has a tattoo that says Pritch in cursive writing on the back of one hand, and letters, including the initials AT and DM, on the other hand below his thumb.

Anyone who sees Thomas is asked not to approach him and contact their local police service or 911. Information about his whereabouts can be reported to Cumberland House RCMP at 306-888-5550 or submitted anonymously through Crime Stoppers at 1-800-222-TIPS (8477) or www.saskcrimestoppers.com.