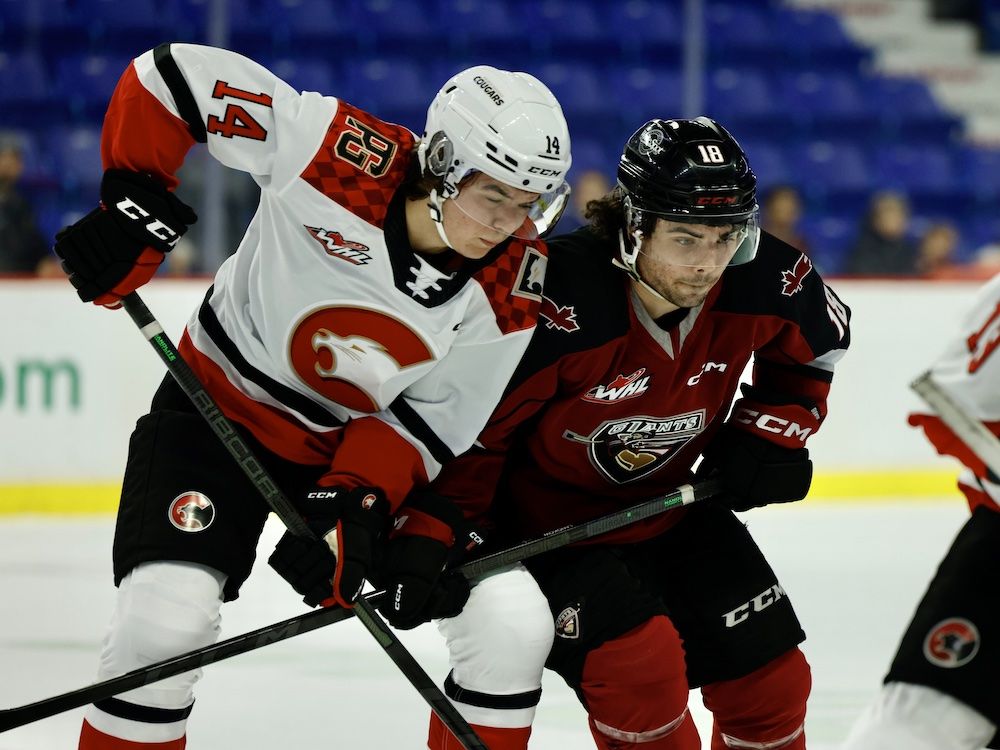 The Vancouver Giants, who didn’t go to the shootout once last season, have already seen two of their games decided by the penalty shot tiebreaker early on in this WHL campaign.

Prince George Cougars forward Carter MacAdams opted for the backhand to beat Vancouver goaltender Jesper Vikman in the sixth round to secure the Cougars a 4-3 shootout decision Friday at the Langley Events Centre.

Vancouver needed to kill off a minor penalty in the five-minute overtime to extend the game.

Vancouver (1-2-0-2) lost 4-3 in a shootout to the Seattle Thunderbirds on opening night at the LEC on Sept. 23. The Giants were the lone team among the WHL’s 22 squads to not take part in a shootout last season. The Portland Winterhawks (6-2) and Kelowna Rockets (3-5) led the way with eight each.

The Giants don’t get much time to lament. They’re back at it tonight (7 p.m., Sportsnet 650), playing host to Seattle (3-0-0-0) at the LEC. It’ll be interesting to see If home games on back-to-back nights this early on the year hampered Vancouver’s crowd on Friday. Announced attendance was 2,415, which is low by even early season standards for the Giants.

The Thunderbirds are the reigning Western Conference champions and are expected to battle with the likes of the Kamloops Blazers for that crown again this season. Tonight marks their third meeting already with the Giants. The teams only play four times this season, with their final meeting set for Dec. 11 in Kent, Wash.

Coach Michael Dyck has preached that the Giants need to be a hard-working, heavy-forecheck team to have success. He said Friday that he believes they’re finding their identity as a group.

“When you’re playing against a team that has some ability on paper like Prince George, it’s got to be consistent. In the second period, we lost a little bit of momentum,” Dyck said. “With a team like Seattle coming in, we have to make sure we maintain that for 60 minutes.”

Ty Halaburda bagged his third of the season in regulation for Vancouver, while Colton Langkow nabbed his first and Ethan Semeniuk potted his second.

Koehn Ziemmer and Riley Heidt, who are being touted as possible first rounders for the 2023 NHL Draft, had their fourth and third goals, respectively, of the season for Prince George. Chase Wheatcroft added his second.