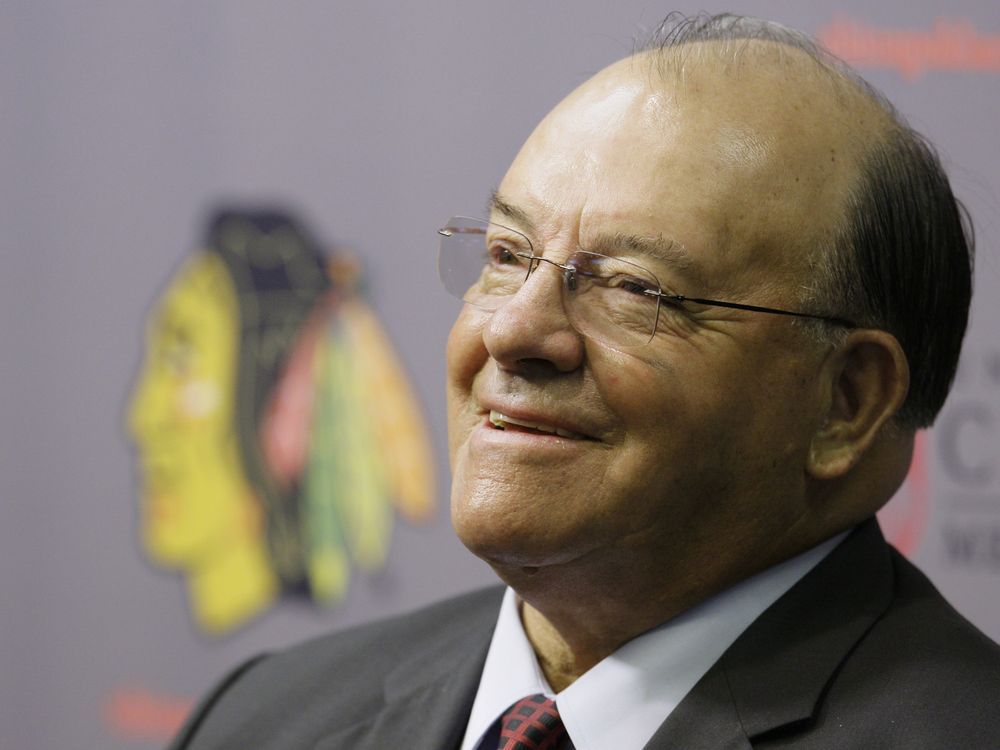 Bowman announced Tuesday he no longer works for the organization as of July 1, following the exit of his son Stan as GM.

Scotty Bowman has left the Chicago Blackhawks after what the Hall of Famer said was a difficult year.

Bowman announced Tuesday he no longer works for the organization as of July 1, saying he decided it was time to move on after 14 years as the Blackhawks’ senior hockey operations adviser.

Bowman’s son Stan stepped down as general manager in October after an independent investigation into the team’s mishandling of sexual assault allegations in 2010 revealed he knew about the situation.

“It was a pretty uncomfortable year because of Stan’s thing, getting let go, and I stayed on for the year and tried to keep going as much as I could, which I think I did,” Bowman told The Associated Press in a phone interview. “It’s been a good ride. I mean, you don’t get the chance to work with your son all the time. Naturally you have your differences of opinion, but I got to know the personnel on the team, and it was a good ride to be able to see this team develop and everything else.”

Bowman, who turns 89 in September, said he left the organization on good terms. He’s not closing the door on another job in the NHL but isn’t looking for work immediately. He plans to continue his routine of splitting time between his homes in suburban Buffalo, New York, and Sarasota, Florida, which allows him to make appearances in the press box at Tampa Bay Lightning games.

“You have to keep busy,” he said. “The game has changed so much, you know? It’s so fast. The line changes, the players change so quick now they probably change twice as fast as in my day, so it’s a different game, but it’s still in my blood.”

Another championship seems far away for the Blackhawks.

Kyle Davidson replaced Stan Bowman on an interim basis in the fall and was given the full-time GM job after a lengthy search. Davidson is now in charge of a major teardown of the roster, which has already included trading young forwards Alex DeBrincat and Kirby Dach and letting Dylan Strome and Dominik Kubalik leave rather than tendering them qualifying offers to retain their rights.

The big question now concerns the future of franchise cornerstones Patrick Kane and Jonathan Toews, who have a year left on their respective contracts.