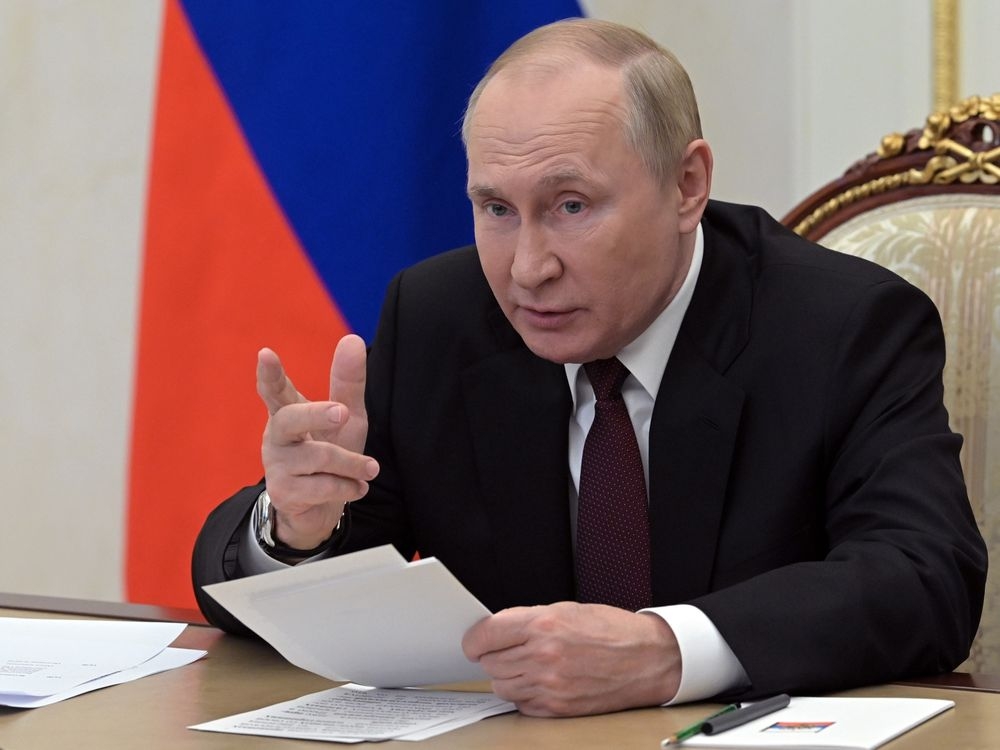 MOSCOW — Russian President Vladimir Putin on Thursday sought to cast the conflict in Ukraine as part of efforts by the West to secure its global domination.

Speaking at a conference of international policy experts, Putin accused the U.S. and its allies of trying to dictate their terms to other nations in a “dangerous and bloody” domination game.

Putin, who sent his troops into Ukraine on Feb. 24, has cast Western support for Ukraine as part of broad efforts by Washington and its allies to enforce what they call a rules-based world order that only foments chaos. The Russian leader warned that “he who will sow the wind will reap the whirlwind.”

Putin claimed that “humankind now faces a choice: accumulate a load of problems that will inevitably crush us all or try to find solutions that may not be ideal but working and could make the world more stable and secure.”

Putin said Russia isn’t the enemy of the West but will continue to oppose the diktat of Western neo-liberal elites.