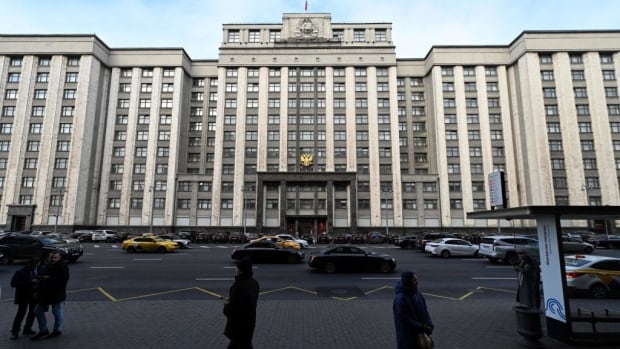 Russian lawmakers gave preliminary approval Thursday to a bill that imposes tough new restrictions on activities to promote LGBTQ rights in the country.

A 2013 Russian law banned what authorities deem to be the “propaganda of non-traditional sexual relations” to children. It has been used to stifle debate in any public context and to prevent demonstrations or any public gatherings with pro-LGBTQ content that a child could conceivably see or hear.

The new bill, which the lower house of Russia’s parliament unanimously approved on the first of three readings, ramps up the restrictions and expands the presentation ban to cover all age groups, not just the under-18 population.

With regards to minors, the new bill broadens the existing restrictions by banning information about gender transitions.

Violations are punishable by fines, and, if committed by non-residents, could lead to their expulsion from Russia.

Marie Struthers, Amnesty International’s director for eastern Europe and central Asia, reacted to the bill’s preliminary approval by saying that “in Russia’s new era of repression, state-sanctioned homophobia is about to be ramped up to a whole new level.”

The bill “not only brazenly deprives [LGBTQ] people of their right to freedom of expression and endorses their discrimination, but will likely also lead to an increase in violent attacks and other hate crimes against them,” she said.

If enacted, the law would have far-reaching effects and would likely lead to the closing of non-governmental groups, the blocking of websites and the intimidation of activists with the threat of large fines, according to Struthers.

“The passing of this new law will be yet another disaster for human rights,” she said.