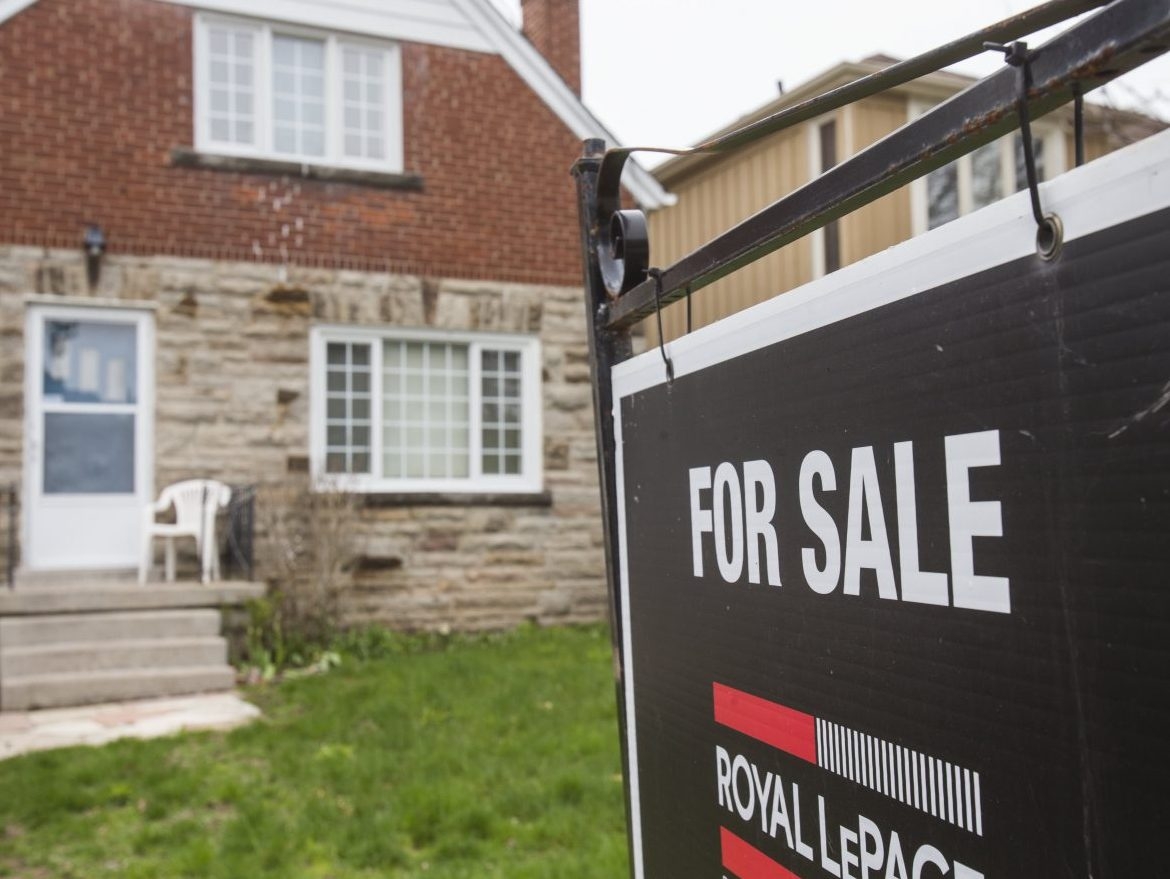 Royal LePage is cutting its expectations for the growth in home prices this year after it says prices in the second quarter fell compared with the first three months of the year.

The real estate brokerage says it now expects the aggregate price of a home in Canada in the fourth quarter of this year will be up 5.0 per cent compared with the same quarter in 2021.

The forecast is down from an April estimate for a 15.0 per cent year-over-year increase for the fourth quarter.

It says it lowered the forecast following more aggressive than expected interest rate hikes by the Bank of Canada, resulting in an expected temporary drop in demand in parts of southern Ontario and British Columbia.

Royal LePage says it was the first quarter in more than three years to post a quarter-over-quarter decline in home prices.

“Some of the heat that was driving the market cooled during the quarter as rising interest rates coupled with economic uncertainty undermined consumer confidence and pushed buyers to the sidelines,” Royal LePage CEO Phil Soper said in a statement.

“We have significantly reduced our outlook for 2022, however home prices are still forecast to end the year higher than 2021 and well above pre-pandemic norms.”