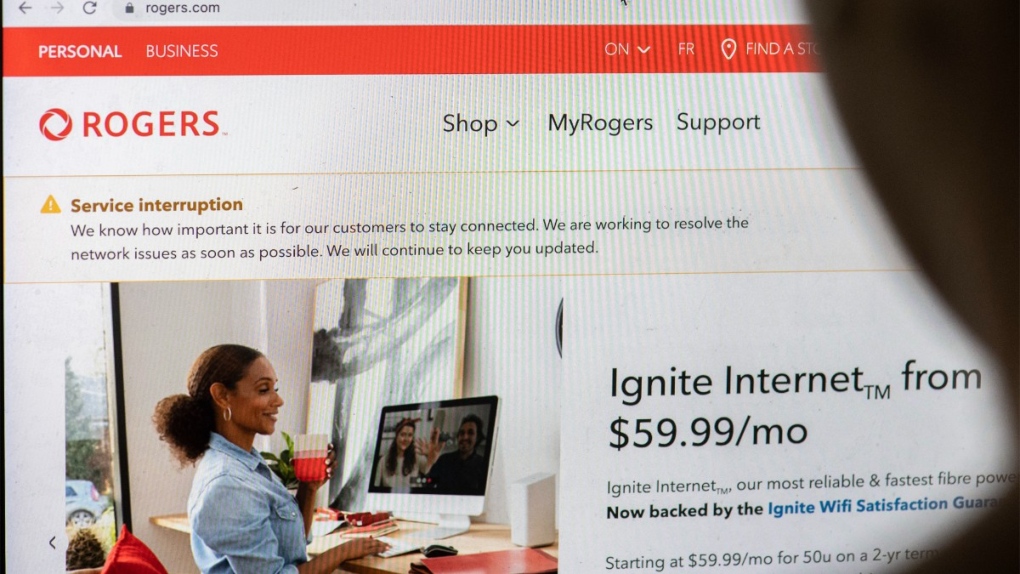 
Rogers Communications Inc.’s move to credit its customers with the equivalent of five days of service following the massive outage that crippled its network last week is “wholly inadequate,” a legal expert said.


“Five days is predicated on the possible belief that damage to individuals and small and medium-sized businesses can be quantified solely on the basis of a portion of a monthly fee,” said York University governance, law and ethics professor Richard Leblanc in an interview Wednesday.


Rogers made the announcement via a statement posted on Twitter Tuesday saying that it was “a first step” in earning back its customers’ trust.


“They’re keeping the door open to do more and showing goodwill as an initial first step, but it’s a minimum,” Leblanc said.


In the statement, Rogers also said it was listening to its customers from across the country and recognized how significant the impacts of the outage were for them.


Rogers wireless and internet customers were left without service in the outage that began early Friday morning and led to widespread disruptions.


The outage affected 911 services as well as financial networks and other critical services.


The company said the disruption that shut down its mobile and internet services across much of the country came after a maintenance update in its core network, which caused some of its routers to malfunction.


As the next step, Leblanc believes Rogers should look to tailor its compensation strategy to better fit its individual, household and business customers because “the damages are not equal” across the board.


“They should segment their customers and allocate fair market value of what the damages were across those customer segments,” he said.


Rogers is facing consumer backlash in the wake of the outage, with a class action lawsuit filed Monday by Montreal-based LPC Avocat Inc. on behalf of customers with a contract with Rogers, Fido Mobile or Chatr Mobile who didn’t receive services on Friday or Saturday, as well as “persons in Quebec who could not operate with their own device or make transactions because of the outage” during that period.


On Tuesday, the Canadian Radio-television and Telecommunications Commission asked Rogers to provide a detailed explanation for the service outage by July 22, including why and how it occurred and what measures it is putting in place to prevent it from happening again.


And on Monday, Canada’s industry minister met with Rogers chief executive Tony Staffieri and the head of several other telecom providers and directed them to come up with a crisis plan, including agreements on emergency roaming, a “mutual assistance” framework during outages and a communication protocol to “better inform the public and authorities during telecommunications emergencies.”