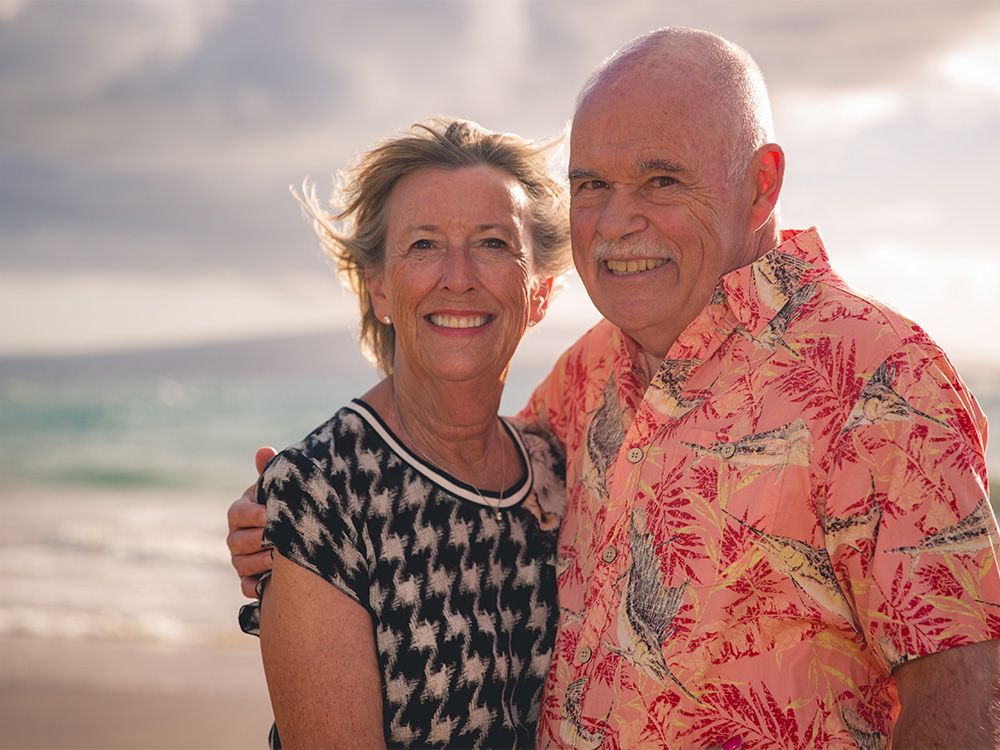 Local philanthropist Robin Beddis is being remembered for her dedicated work for local charities, most prominently in growing the Kids Help Phone in Alberta.

She was born in Kitchener, Ont., in 1950 and lived in many different Canadian cities while growing up. She married Ian Beddis 47 years ago and — after some time in Toronto and Edmonton — the two settled in Calgary in 1981 and never left, although Ian said they planned to only stay a few years.

“We fell in love with the city and just didn’t want to move,” Ian said Wednesday.

The couple raised four sons, including a son from Ian’s first marriage — Matthew, David, and twins Kevin and Jamie.

“David was about a year and a half old when Kevin and Jamie appeared on the scene, so we had three under two years old. And the twins were identical so it was a challenging time for us,” said Ian. “She was a stay-at-home mom for the first few years . . . and as the kids started to get older, that’s when she got so involved in the charitable sector.”

Throughout her career as a volunteer, she demonstrated a dedication to improving the well-being of children and youth in Calgary and across Canada.

Robin’s efforts raising funds and awareness for the Kids Help Phone in Alberta during its startup played a key role in its growth and reach in the province and other regions of the country. Her energetic leadership led to the initial launch of the Bell Walk for Kids, a major fundraiser for the children’s charity that helped it gain a solid financial footing in the early 2000s.

“If you look at the Kids Help Phone today, you’ll get a sense of the impact they have with Canadian children. She was instrumental in getting it going,” said Ian.

At different times, she was chair of the Calgary branch and the national board during her 15 years working with the charity.

The Kids Help Phone has been an important part of the federal and provincial governments’ response to the ongoing mental-health crisis among Canadian children and youth. At the beginning of the pandemic, the federal government announced a $7.5-million investment into the national non-profit.

“She just sort of quietly went about doing things and getting things done. She had such huge respect from our friends and those who knew her for all that she did for Calgary and Canada,” said Ian.

One of Robin’s sons, Jamie Beddis, said his mother passed her generosity and passion for volunteer work to her children and grandchildren.

“She would get us involved, selling raffle tickets or helping out in one way or another,” Jamie said. “For me and my brothers, she was always very much a confidante for us. Someone we could talk to and she would help or guide us and try to set us in the right direction.”

He said she was a proud mother and grandmother, affectionately called Nene by her grandchildren.

Jamie recalls how involved Robin also was in volunteer work for the 1988 Winter Olympic Games, and how respected she was by fellow volunteers. He remembers a bartender making him and his brothers a cherry Coke with grenadine as they hung around the Saddledome while she welcomed corporate sponsors of the event.

Robin battled neck cancer for three years, beating it once before it spread to a lung, lymph nodes and her abdomen. She died peacefully surrounded by family in Calgary.