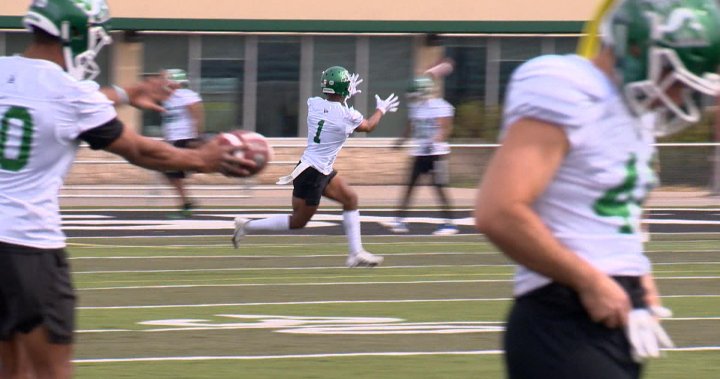 For Janice Owen, it’s about having the essentials as she prepares for Touchdown Atlantic.

“I have to take my Cody,” said Owen as she places her Cody Fajardo jersey in her suitcase. “My Cody and my bell.”

Wolfville, Nova Scotia, a town of four thousand people is hosting CFL gameday. Ten thousand football fans are expected, more than doubling the population of the town. The game is bringing die-hard Rider fans like Owen all the way to the East Coast as the Riders touch down to a sold-out stadium.

“It’s going to be a very cool environment,” said Duane Vinneau, CFL Chief Operations Officer. “Where you have the CFL game being played in a beautiful place like Wolfville. It’s almost like field-of-dreams-like.”

Owen, like many people in Saskatchewan, has been going to games since she was a little girl.

“My dad had season tickets,” said Owen. “Six kids in the house, we didn’t always get to go but when we got to go it was big deal. Being able to sit behind the players bench.”

Now she makes it her mission to attend as many home and away games she can.

“As much as I’m a Roughrider fan,” said Owen. “I’m a CFL fan and I love to support the league in any way I can. It’s a Canadian football league and it just united everybody from coast to coast.”