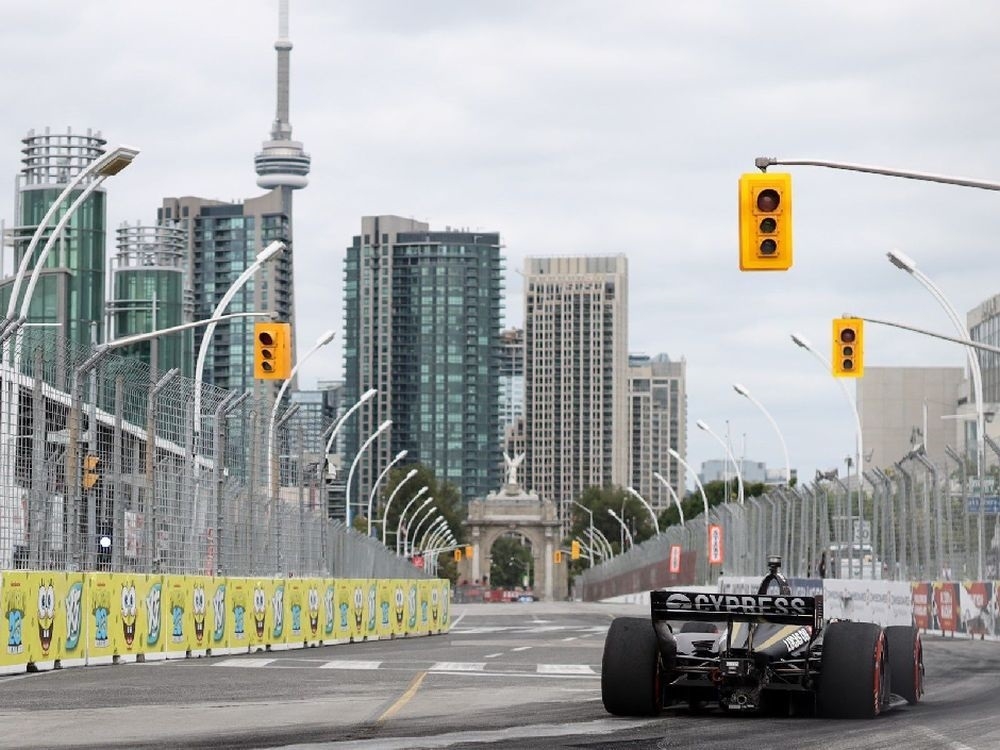 A lot of things have gone quiet during the pandemic. But few were as distinctly quiet as the race cars that normally go an ear-splitting 300 kilometres an hour through Toronto’s streets.

It has been three years since the ground-level rocket ships of IndyCar were in the Ontario capital, with Canadian border restrictions keeping the NTT IndyCar Series entirely in the United States for the 2020 and 2021 seasons, but the Honda Indy Toronto returns this weekend. As will the noise around Exhibition Place and the roads along Lake Ontario.

“We were definitely eager to be back on the streets of Toronto,” says Jeff Atkinson, president of Honda Indy Toronto. “It’s been a minute.”

In some ways it will feel like it has never left. Past winners like Will Power, Scott Dixon, and Simon Pagenaud, the defending champion with his 2019 victory, are in the field, as are other familiar racing names like Helio Castroneves, a four-time Indianapolis 500 winner, and Jimmie Johnson, the seven-time NASCAR series champion.

But it’s also true that the Indy in Toronto is not, at this point, at the level that it was at its height. The inaugural Molson Indy, won by legendary driver Bobby Rahal, drew a crowd of over 60,000 to the grandstands around the Canadian National Exhibition grounds. Those numbers would rise over the years to more than 75,000, but tumult in the sport eventually killed that momentum. The emergence of the rival Indy Racing League in 1996 to challenge what was then known as the CART series split top-level open-wheel racing in North America effectively in two, and both series were diminished by it.

CART lost a chunk of its star power, and no longer had the landmark Indy 500 on its calendar, while the upstart IRL didn’t win over enough of the well-known drivers to be immediately attractive. Both suffered as broadcasts and media properties, and in a crowded sports landscape, interest waned. In Toronto, attendance for the Indy dropped to a third of its lofty heights. One of the Indy’s neighbours in Toronto, the CFL’s Argonauts, have had a similar experience: dropping to second-tier status in a city with plenty of sports options, and facing challenges to grow interest in a market that has cooled to it.

Atkinson, perhaps not surprisingly, thinks the sport and the event are poised for a rebound.

“The enthusiasm right now for IndyCar, and motorsports, I think, is at a level that takes you back a number of years,” he says.

Ironically, some of that enthusiasm comes by way of one of IndyCar’s competitors. Formula 1, the competition that for a long time didn’t pay much attention to America, has tripled the number of U.S. races on its schedule in recent years and, partly due to the success of its Drive to Survive documentary series on Netflix, has seen a spike in interest on this continent. Cable ratings for F1 in Canada and the U.S. have jumped by more than a third, which is nuts in today’s television market. Sunday’s Toronto race, by contrast, won’t have broadcast network coverage.

“There’s a saying that a high tide raises all boats,” Atkinson says. Or, maybe in racing terms, a really fast car allows others to draft. Something like that. “F1 is its own entity and competition, but if it puts more eyeballs on the NTT IndyCar Series, I think it will only benefit the events and the promoters in the series,” Atkinson says. “At the end of the day, this competition in this this series is very close, right?” he says. “The unpredictability, the close finishes, that creates excitement that lasts for the entire season.”

A careful reader might note that the preceding could be interpreted at a slight dig at Formula 1, which for all of its booming popularity is not widely competitive. Two teams, Red Bull and Ferrari, have dominated this season, even with a raft of changes that were supposed to make races less predictable. IndyCar’s nine races this year, meanwhile, have produced six different winners.

“Anyone can win the race on any given day,” Atkinson says.

Even, perhaps, a Canadian. IndyCar rookie Devlin DeFrancesco, 22, and Dalton Kellet, 28, will be trying to repeat the feat of Paul Tracy, who won twice in Toronto and remains the only Canadian to have done so.

“You cheer for them as a Canadian, right?,” Atkinson says. “I don’t want to pick a favourite, I don’t think that’s necessarily appropriate or fair, but I think you gotta wait the Canadian flag a little bit.” Both Kellett and DeFrancesco will be making their Toronto IndyCar debuts, even though the former has been racing in the series for three years. The home circuit is finally here for him.

The weekend schedule begins on Friday, with free admission to the afternoon practice session. Qualifying is on Saturday and the race on Sunday afternoon. Atkinson says he hopes some new fans will be made after IndyCar’s hiatus from Toronto.

“Once you get someone immersed in motorsports, they become a fan for a very long time,” he says. “You know, it’s one of those sports that you don’t have to really understand the rules all that much.” On this, he has a point. The drivers go around the circuit. The first one to the chequered flag gets the trophy. “You know, someone wins the race,” Atkinson says. “You don’t have to do much explanation of what’s going on.”