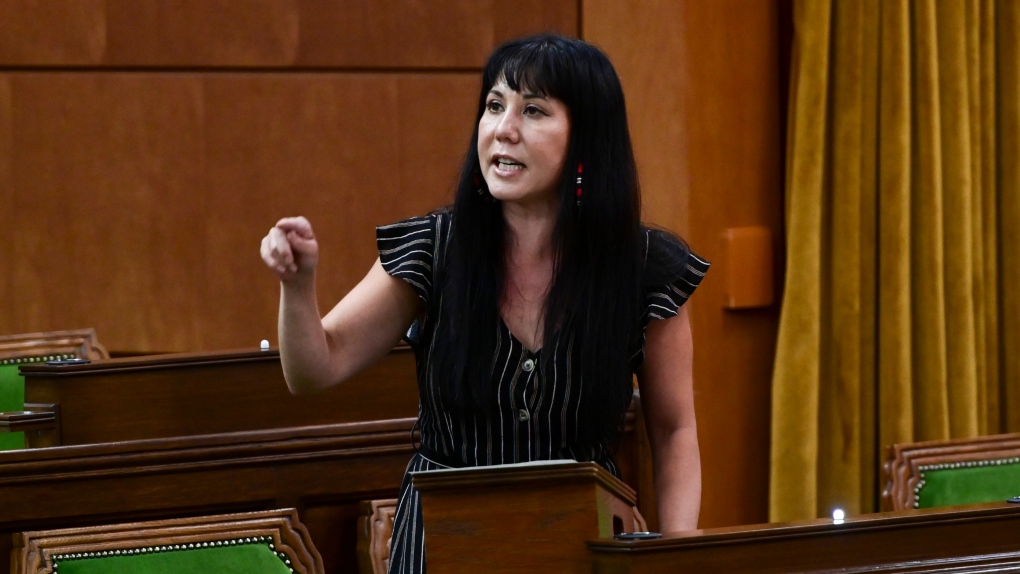 A New Democrat member of the Parliament’s motion calling on the federal government to recognize what unfolded inside residential schools as a genocide received unanimous consent from MPs in the House of Commons on Thursday.


This move was initiated by Leah Gazan, who represents Winnipeg Centre. Gazan had advanced this proposal in the House last year but could not get unanimous consent at the time.


Gazan’s motion referred to the United Nations convention on genocide adopted in 1948, which defines genocide as killing members of a group, causing them serious physical or mental harm, placing them under conditions to destroy them, imposing measures to prevent births or forcibly transferring children to another group.


More than 150,000 First Nations, Metis and Inuit children were forced to attend these institutions, which the federal government funded and different churches operated for over a century. The Catholic Church ran a majority of the residential schools in Canada.


Thousands of Indigenous adults who were sent there as children have reported rampant physical sexual and emotional abuse, along with neglect and malnutrition.


The National Centre for Truth and Reconciliation maintains a memorial register for students who died at residential schools and that number is now at 4,120 children.


“Today I lift up survivors, families, and communities who have sacrificed so much in order for people across Canada to know the truth; that what happened in residential schools was a genocide. I’m grateful to parliamentarians who unanimously passed my motion recognizing the truth of Canada’s history,” Gazan said in a statement.


“I look forward to working with the government to ensure the will of Parliament is honoured by formally recognizing residential schools as a genocide. Survivors deserve no less.”


In a place where we have to battle for the rights of Indigenous peoples, MPs let the truth be heard and unanimously passed a motion recognizing what happened at residential schools as a genocide.

This is historic. To survivors and descendants, I honour you today and every day. pic.twitter.com/twu4YOnhoc


Speaking about her motion in the House of Commons on Thursday, Gazan said that she was “shocked” when her motion didn’t get unanimous consent initially and said it confirmed, “that residential school denial is still a reality.”


During his six-day visit to Canada in August, Pope Francis apologized multiple times for the “evil” of what happened inside residential schools. But it was not until the Pope was asked about it by reporters on the flight back to Rome that he said he considered it to be a genocide.


The Pope said he didn’t think to use the word genocide during his trip, calling it a technical term.


“I asked for forgiveness for what has been done, which was genocide, and I did condemn this,” he said in August through a translator.


The Truth and Reconciliation Commission referred to residential schools as a form of cultural genocide when it released its final report in 2015. But since then a number of Indigenous groups have amended this to say it was genocide.


“We must honour the experience of residential school survivors, their communities and families,” Gazan said.


“We all have a responsibility as elected officials to speak the truth. Only then will we achieve justice and demonstrate that we are truly committed to reconciliation.”


With files from The Canadian Press