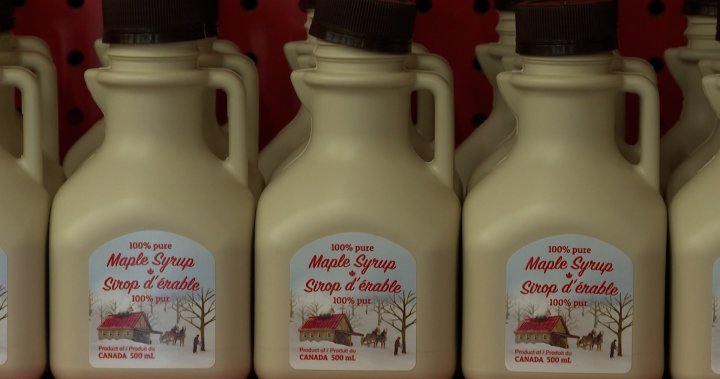 A local expert says that climate change is putting the squeeze on one of Canada’s most valuable exports.

At Gorr’s Maple Syrup in Harrowsmith, Ont., Gary Gorr, who has been tapping maple trees for over 30 years, said he has seen the practice of producing maple syrup change over the years.

“Sap won’t run if it’s a little bit cold and it’s coming out of the north. It’s just like people … don’t like the north wind,” said Gorr.

Coronavirus: Kingston’s Maple Madness to go ahead with limited programming

What’s been changing for Gorr is the timing of his sap harvest and, according to Queen’s University professor Warren Mabee, it’s climate change that’s playing with the sweet spot for this Canadian staple.

“Cool or cold evenings where we dip below zero, we have some frost, and then nice, warm sunny days,” said Mabee of the ideal temperatures for a hearty sap yield.

He said this quick freeze/thaw process of spring creates a pumping effect within the tree that pushes out more sap. However, he says as springs get warmer, the conditions are being met less frequently, affecting the output of our maple trees.

“These trees are really irreplaceable to the people that are working with them,” said Mabee.

Gorr said unusually early sapping seasons are becoming more common as the years have gone on.

He said that there have been good years and bad years, but that the warming has definitely made a difference in his work.

“You have to make sure that you’re tapped by the second week of February, otherwise you’re going to miss the first run,” added Gorr.

It’s not all bad news according to Mabee.

He said that although the process is being hurt further south, the progressive warming may open up opportunities to collect sap in areas further north, an opportunity to keep Canada’s syrup empire sweeter a little longer.