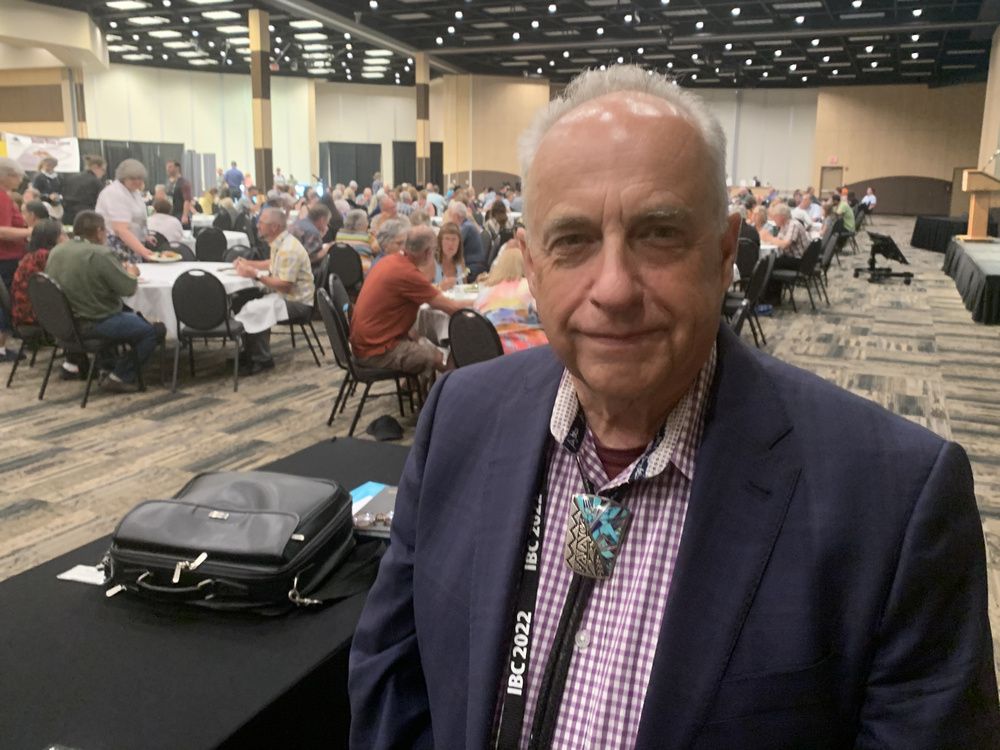 “Calgary can have its stampede and its cowboys; we’re doing something else.”

After an absence of more than a century, plains bison are roaming the prairies around Saskatoon. Ernie Walker hopes the city becomes become synonymous with the animal.

It deserves to be the world capital of bison, he told dozens of ranchers, researchers and conservationists in a conference hall on Wednesday.

The International Bison Convention only occurs in Canada every 10 years and runs until Friday. Walker, the chief archaeologist at Wanuskewin Heritage Park, spoke to the StarPhoenix about placing Indigenous history at the centre of the story of the bison across borders.

Q: Why should Saskatoon be ‘the bison capital of the world’?

A: I’m not kidding. I’ve excavated in Riversdale, on City of Saskatoon land — famous sites — west and northwest of Saskatoon. At Wanuskewin, 95 to 96 per cent of the bones we’ve excavated have been bison. This place is about bison.

I was born here, so I get to say this: I wish Saskatoon celebrated its western history a bit more and celebrated the stories that we have. Wanuskewin is the centrepiece, but it’s not the only piece. Calgary can have its stampede and its cowboys; we’re doing something else.

Q: The story you’re telling about bison isn’t necessarily a “Canadian” story. It sounds like more of a western North American story.

It drives me particularly nuts when people say, “It’s the prairies, there’s nothing there. It’s barren. No good ideas come from there, and nobody’s going to go there.”

Well, we’re going to have the world come to our doorstep, right? And it’s going to be for the kinds of reasons and the kinds of things we’re talking about at this conference.

Q: What message did you want to get across to the conference?

I wanted to hit their hearts as much as I wanted to hit their brains. It’s a tough crowd. We’re missing a lot of Americans that would have come but weren’t vaccinated. I meant everything I said about ranchers being, for the most part, good conservationists. These people are all bison lovers.

But they’ve got to realize a lot of First Nations issues go back to that disenfranchisement that has a lot to do with the loss of the bison. They’re not isolated.